More than 100 brands from across the globe gathered at the Liberty West trade show in Downtown Los Angeles this week to showcase apparel and accessories for Spring/Summer 2022. For L.A.-based brands, the moment felt like a community homecoming after more than a year of conducting business mostly online.

The market brought out labels both new and established. Those from the City of Angels brought their own particular style and flair to the event, embodying quintessential California cool. Rivet compiled a list of L.A.-based brands to watch.

The brainchild of Band of Outsiders alum Jack Watkins, the retro-inspired line pulls influence from the aesthetic of the ’70s. Designed in Los Angeles and manufactured in Peru by hand-loom knitwear artisans, the luxe line of men’s wear is made entirely from material blends of organic Pima cotton and alpaca wool. 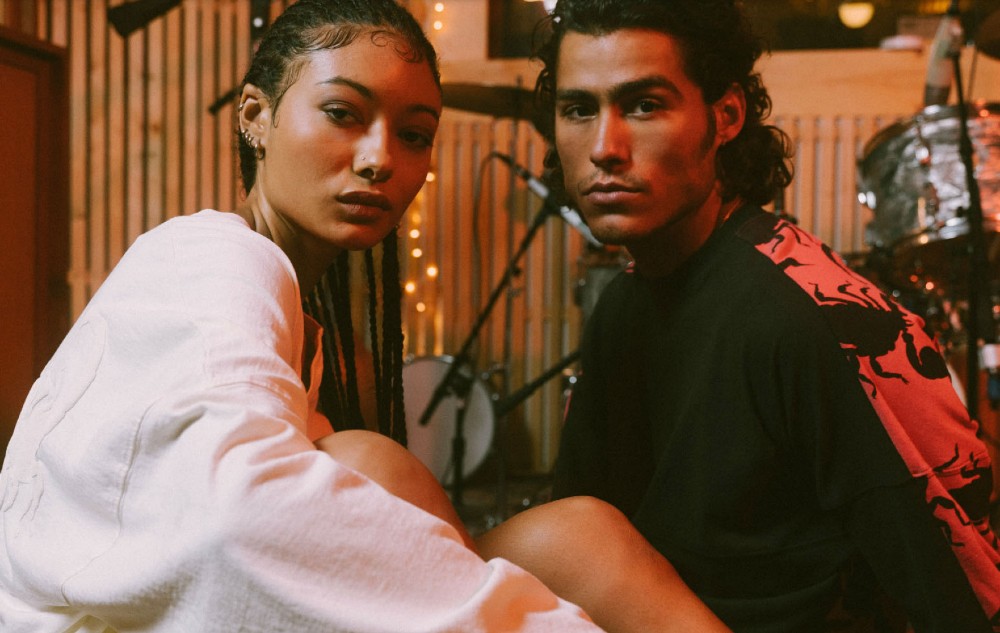 Spirit Jersey infuses comfort and visual interest into lounge and streetwear. The brand’s introductory line launched in 2020, but its styling may look familiar to eagle-eyed shoppers and Disney aficionados. That’s because Spirit Jersey has been a supplier of gear for the theme parks, as well as colleges and universities, since 1983.

“After spending more than three decades servicing other brands, we decided we wanted to enter the market with our own collection and artwork that’s designed by us in house,” Trevor Larson, the brand’s creative director, told Rivet. “It’s kind of like a collaboration with ourselves.”

The company is best known for its trademarked style: a drop-shoulder pullover sweatshirt with yoke stitching and oversized puff-printing across the upper back. And rather than enter the market with easy-wearing, mix-and-match staples, Spirit Jersey’s first foray into the market combines all the aesthetic bells and whistle at its disposal, from tie-dying to printed graphics in every color of the rainbow. The new line’s ready-to-wear pieces are manufactured in Downtown L.A. and made from U.S.-milled cotton, Larson said.

The brand is available on its own e-commerce site, as well as at Fred Segal in Malibu, and retails from $68-$148.

As shoppers gravitate increasingly to secondhand and vintage wares, Oldies But Goldies is using repurposed garments to build unique new pieces with added contemporary flare, according to designer Lewis Amzallag.

Old army jackets, Harley Davidson T-shirts, worn-in flannels and even classic Levi’s are all fodder for deconstruction and revision, he said. Some pieces are adorned with studs, grommets, gemstones and vintage patches while others are cut and re-sewn into modernized silhouettes. A denim jacket made from two pairs of Levi’s 501 jeans is a staple of the line, bringing the most recognizable elements of the heritage denim style to an altogether different garment, Amzallag said.

The nascent brand, which plans to launch its direct-to-consumer site in September, is able to create the one-of-a-kind styles at scale thanks to a relationship with a sourcing partner that purchases vintage pieces en-masse, he said. While shoppers who order online won’t be guaranteed the exact piece they see on the screen, they will receive an item that is comparable in sizing and design elements, Amzallag said.

“There’s a big avenue for this because sustainability is everything today,” he added. “Going green and reusing—I think it’s beautiful.” 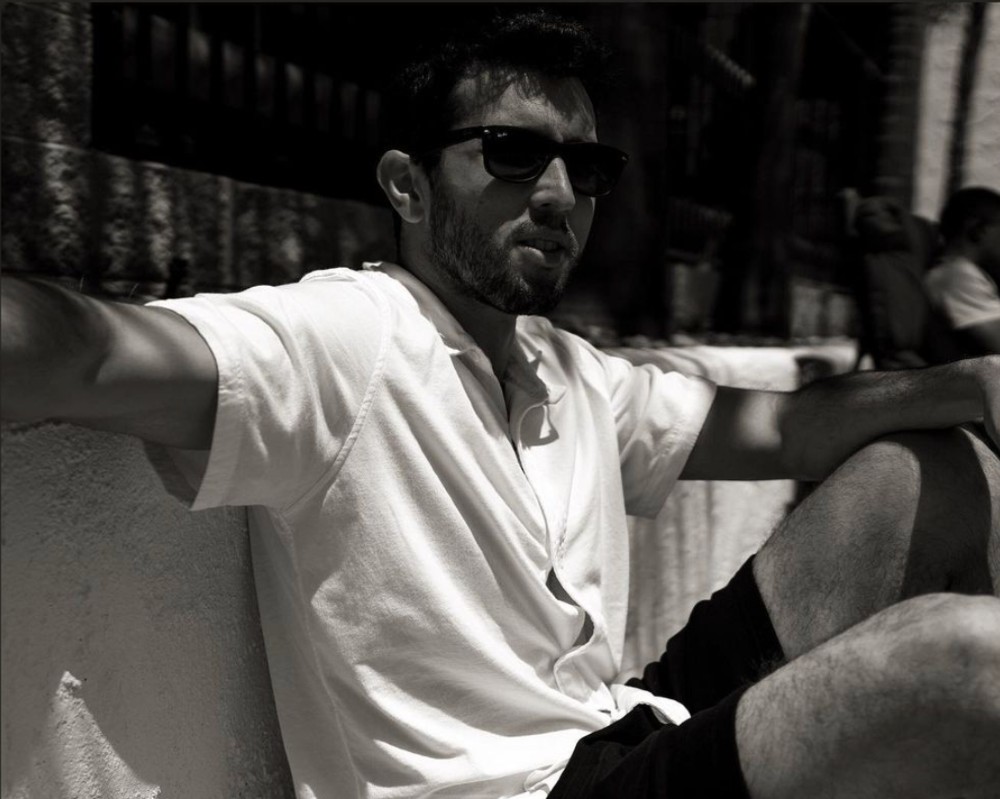 Founded by former Vince assistant designer and FIDM grad Taylor Rose in fall of 2020, men’s lifestyle brand XIVI was a conceptual “Covid baby.” After losing her job due to the pandemic, Rose decided to craft her own line based on the elements she valued most: comfort, sustainability and timeless design.

“I was furloughed, and I just couldn’t sit still—I wanted to keep working, so I took that momentum and turned it into my own brand,” she said. “We make basic styles that you can wear to work, that are still comfortable enough that you can come and plop on the couch or go for a walk.”

The line of minimalist knits includes T-shirts, underwear, button downs, lounge pants and jackets made mostly from organic cotton and eucalyptus, which promotes breathability, odor resistance and temperature regulation, she said. Small design details like an embroidered logo on a collar or a subtle seam down the front of a notch-collared T-shirt give the casual line a hint of polish. Rose has also reinvented classic silhouettes, like a structured button-front jacket, in soft, stretchy fabrications for more versatile wear.

The line is cut and sewn in Downtown L.A., and fabrics are milled in the city’s Garment District as well as Newport Beach, Calif., some 40 miles south. The proximity was important to Rose given her previous experience working for brands that produce mostly overseas. “When I was starting my brand, I wanted to be able to go see my production, to work through issues with them, and to hold their hands to make sure things are done right,” she said. “I love being able to have a more personal relationship, which is really important.”

XIVI is available on its own e-commerce site, XI-VI.com, at its flagship storefront on L.A.’s La Brea Ave., and at local boutiques in the city. Styles range from $84-$180. 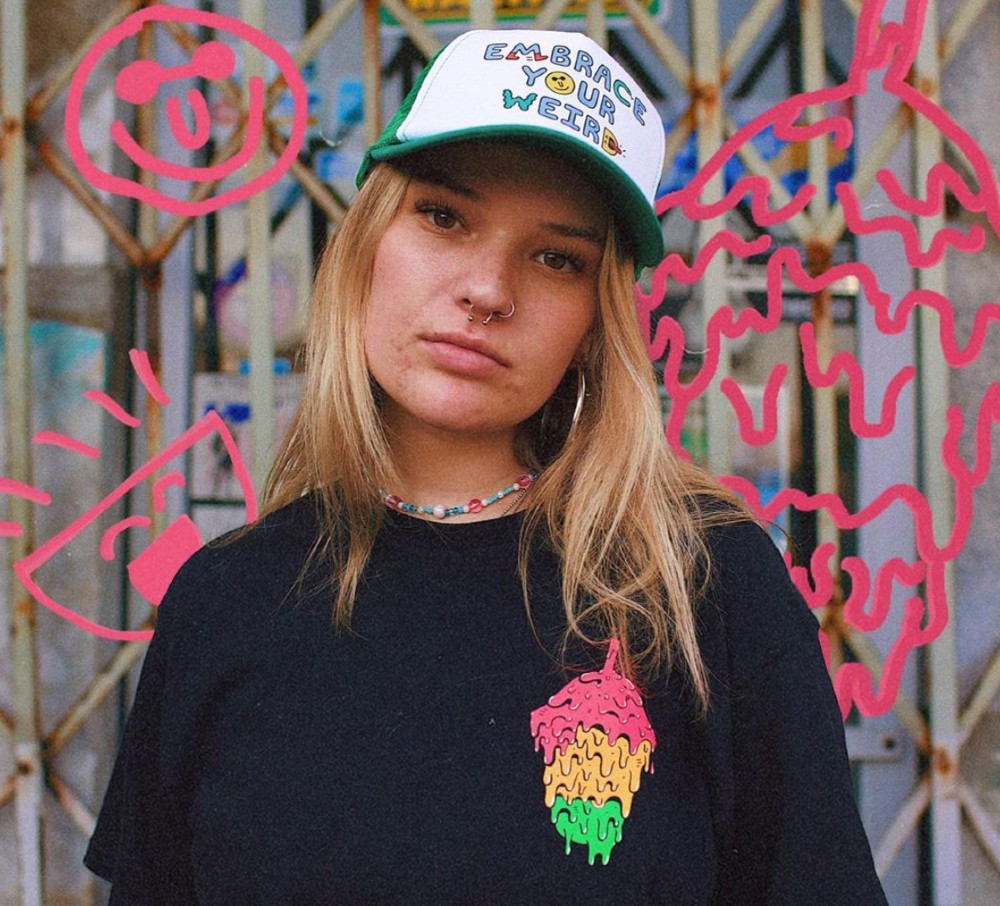 Orange County-based streetwear brand Slushcult was launched nearly a decade ago as an inside joke between friends, its anonymous founder and designer told Rivet. Preferring to be known only as the “Slushgod,” the creator originally launched his line of T-shirts, caps and beanies to reflect his love of 7-Eleven Slushies.

But the goofy graphics soon evolved into a more meaningful movement, Slushgod said—and one that resonated with consumers across the country. The size-inclusive line of gender-neutral gear is designed to make wearers feel comfortable in their own skin, using cheeky slogans and bright graphics to highlight positive messaging. It was important to build recognition without a celebrity endorser or figurehead, in order to engender a feeling of community around the brand, he added.

The line features many styles up to 3XL and some up to 7XL, and has grown since its early days to include bucket hats, ski masks, hoodies, pullovers and a wide variety of tees featuring tie-dye motifs and screen-printed graphics. Produced both overseas and in Los Angeles, the line has made inroads with national retailers like Urban Outfitters and Zumiez, and recently launched its own stores in Santa Ana, Calif. and Joshua Tree.

“We’re different, we’re loud, we’re weird and we’re okay with that,” he said. “I want to be able to create a safe place for our customers, who also feel that way.”

For more than a decade, Quebecois unisex lifestyle brand Hip and Bone has manufactured many of its streetwear and lounge styles in Downtown L.A. With sizes ranging from S-XXL, the relaxed styles get an edgy upgrade with eye-catching graphics, embroidery and patterns all designed in-house.

Sold in L.A.-centric retailers like Kitson and Flasher on Melrose, the brand has been a longstanding staple of the premium streetwear scene in Los Angeles, he added. Styles range in price from $60-189.