According to Wally Naymon, owner and buyer at Kilgore Trout, the store’s biggest competition is the airlines. The Cleveland-based establishment possesses an affluent, traveling consumer base, putting them in competition not just with local retailers, but with shops all over the world. This means they must offer a unique experience to keep their customers buying local.

In 1977, influenced by the European fashion of the time, Naymon first opened Kilgore Trout “to present to the Cleveland market an alternative, hipper kind of store.” Since the store’s opening 40 years ago, the original customer base has grown older and retired, but the next generation, which Naymon refers to as “Son of Trout,” has become the new clientele.

The store traditionally sold business attire, so, as workplace attire grows increasingly casual, the store is lucky to retain a customer base that still wears a coat and tie to work every day. Yet, for those who are in more dressed-down jobs, Kilgore Trout has built up their sportswear offerings, ranging from better sportswear to more casual.

On the women’s side, most of the clientele are not working, explained Andrea Pierce-Naymon, Kilgore Trout’s women’s buyer and the wife of Wally Naymon. “They are looking for what we call grocery clothes,” she said. The majority of the women’s offerings are everyday clothing rather than formalwear.

Denim is an important business for both men and women. The best-selling women’s brand is Hudson, while the men favor RRL and Simon Miller. Gianmarco Rinaldi, the store’s denim and contemporary buyer, explained that the male Kilgore Trout customer has really responded to rigid, selvedge denim and the legacy behind the shuttle looms.

Rinaldi said, “At the end of the day, Cleveland is a very blue collar city, and, while we have a lot of customers who aren’t blue collar anymore, their parents were blue collar, and they like that feel.” 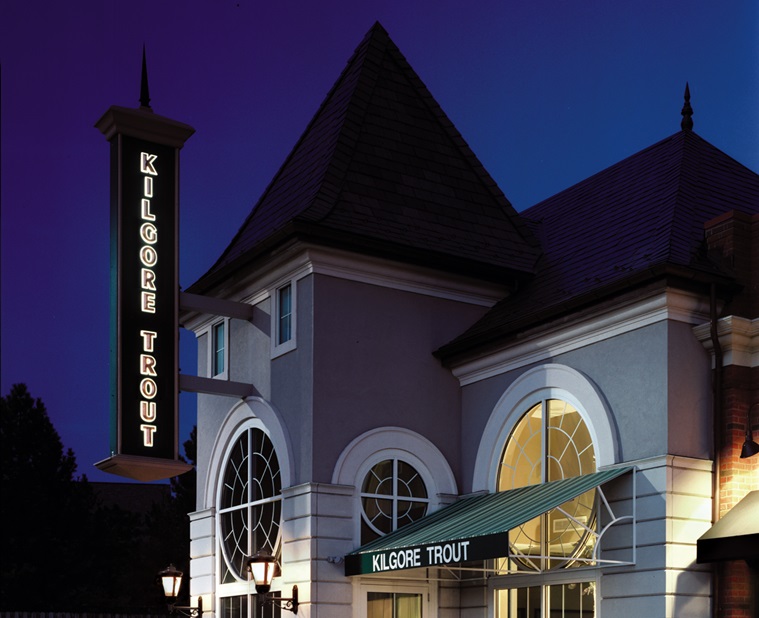 Kilgore Trout started to carry a custom denim line from Japan called J4UJ for the customer who wants something special. The line requires 8-10 measurements and allows the customer to pick from a book of denim swatches with different qualities and washes.

Sales associates will market this line in the same way that they sell all their product, by cultivating enthusiasm for the collection and introducing it through personal connections.

Whenever a new item arrives at Kilgore Trout, the buyers train the sales associates to become raving fans. They explain why the item is being carried, how it fits in with the rest of the stock and the particular characteristics of the line that make it unique.

One effective way of selling specialty denim in particular has been trunk shows—an easy way for the customers to come in and talk to lots of people about the line, usually including a representative from the company.

The Kilgore Trout staff recognizes the difficulties facing men’s retailing. Naymon said, “That’s been the time-honored tradition: that men don’t like to shop and women can’t wait to shop.” He continued, “So how do we get the guy who is driven to make money, or play golf or do anything other than shopping?”

Naymon said that the secret to success is the salespeople acting as consultants. They must build the relationship with the client so that they know what he does for work, who his kids are, where he goes on vacation—all of which is information that can be used to make appropriate suggestions for someone’s wardrobe.

Naymon said that it is important to be accessible, to be a friend to “make people understand that we appreciate their business, because they can shop anywhere.”