Adidas will expand its performance running catalogue once more this month with the debut of the long-in-the-making 4DFWD.

The new design features the brand’s latest in 3D-printed midsole technology, an area it has been developing in partnership with the 3D-printing company Carbon for more than four years. According to Adidas, the new midsole delivers running economy comparable to that of its Ultraboost midsoles in lab conditions.

Adidas and Carbon created the 4DFWD using a technology that can fine tune midsoles to specific patterns of movement. The bowtie-shaped FWD Cell design emerged from this process as one of 5 million possible lattice structures. Made of 40 percent bio-based material, the structure is coded to compress forward upon vertical impact, generating three times as much forward motion and reducing peak braking force by 15 percent compared to the brand’s previous generations of 4D midsole, Adidas said.

The 4DFWD underwent a range of bio-mechanical testing procedures at the University of Calgary, Adidas added. Runners local to the creation team in Germany and a “carefully selected cohort of high-level running creators” in the U.S. also tested the design. 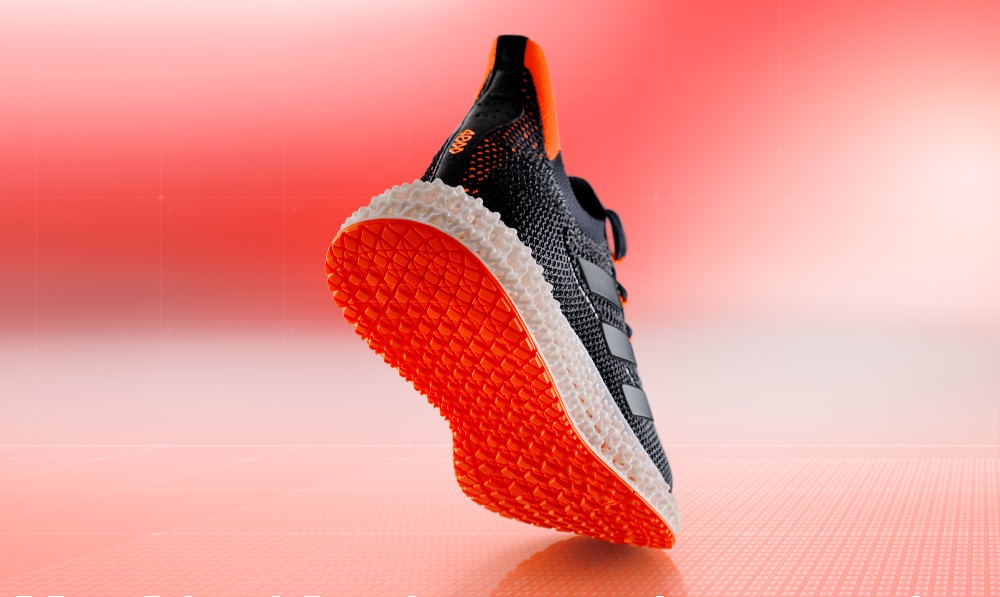 “4D technology provides us with the opportunity to design in a way that conventional foam midsoles do not allow,” Sam Handy, vice president of design, Adidas Running, said in a statement. “Working closely with Carbon, our product teams and testers, we identified one perfect lattice midsole that is designed to compress forwards under loading and counter mechanical forces whilst delivering a unique gliding sensation for our runners.”

The 4DFWD also features a “super-lightweight” upper made from recycled polyester that Adidas said encases the foot in a “seamless sock-like fit.”

The Adidas 4DFWD will drop in three colorways, including a special Tokyo Collection drop, which will be the main podium shoe for athletes at the Summer Olympics in Tokyo. Launching first in a black and fluorescent orange colorway, it will become available to members of the brand’s Creators Club loyalty program on May 15. The Tokyo Collection colorway is scheduled to launch on July 1, before a worldwide drop on Aug. 12.

Months after collaborating with Lego on a shoe for its A-ZX series, Adidas is reuniting with the Danish toy company for an expanded collection of ZX8000 sneakers.

The collection will consist of six shoes, each made up in one of the primary Lego colors—red, green, yellow, blue, black and grey. The sneakers will feature a classic construction based on the original ZX8000 material composition, as well as a TPU heel counter designed to emulate the texture of Lego bricks. 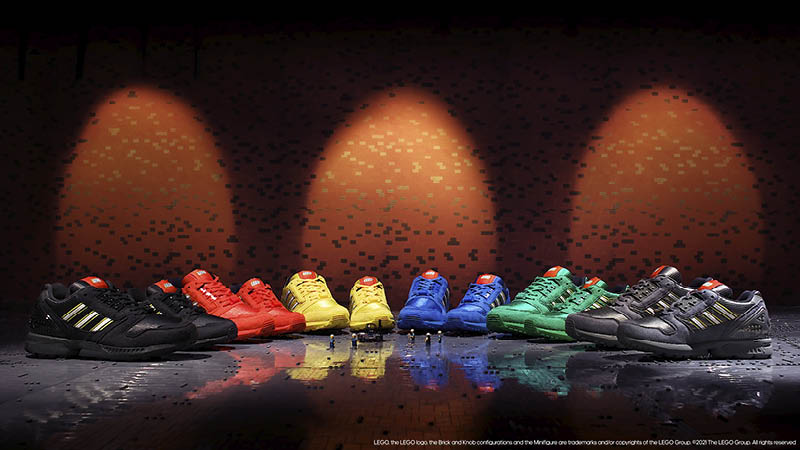 Last week, Adidas expanded another one of its younger-leaning collaborations.

In late March, the brand unveiled an extensive, eight-shoe line of Disney-themed Stan Smith sneakers, each made with a recycled upper and outsole. Kermit the Frog acted as the centerpiece of the drop, with his classic catchphrase “It’s not easy being green” embossed across the heel tabs of each shoe. The collection featured a range of Disney characters, including from its Pixar and Marvel franchises.

A ninth, Yoda-themed iteration, promised back in March, dropped Tuesday as sci-fi fans celebrated May the Fourth, a broadly recognized Star Wars holiday. 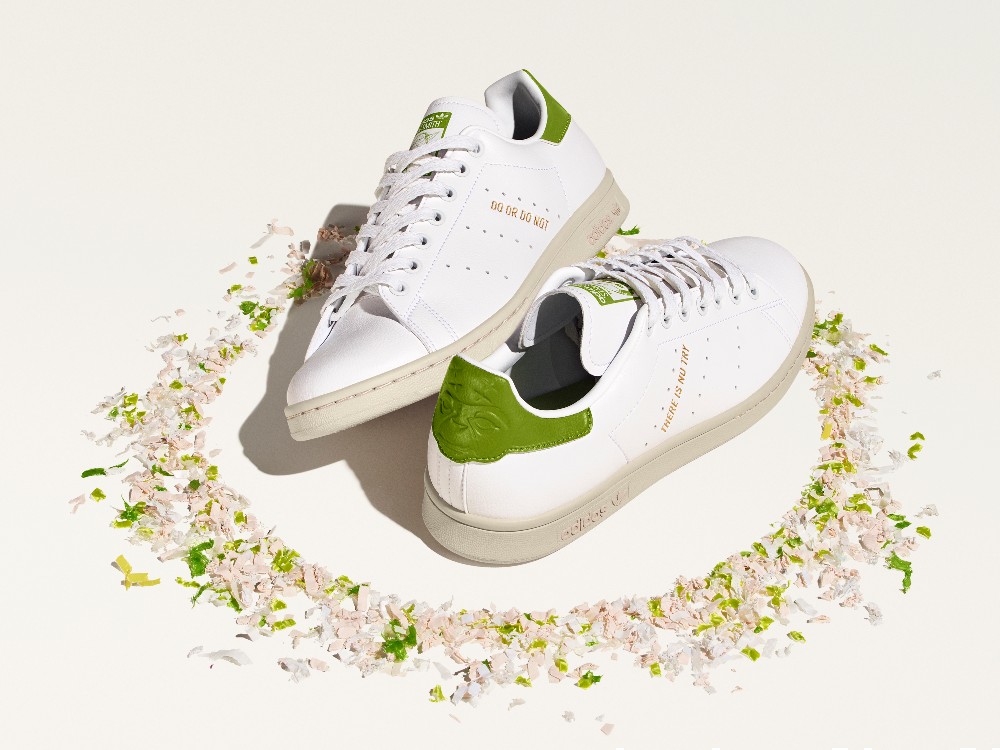 Like the other entries in Adidas’ Disney-themed collection, it features an image of Yoda printed on the tongue of the left shoe—a picture of Stan Smith appears on the other foot. The words “Do or do not” and “there is no try”—a reference to a famous Yoda quote—show up on either side of each shoe. The sneakers also sport an embossed image of Yoda’s face on both heel tabs.

Also like the other Disney Stan Smiths, Adidas constructed the upper and outsole using recycled materials.