Companies are on a mission to take excess carbon out of the air, but footwear makers can’t stop packing it into race-ready running shoes.

On Thursday, Adidas released the Adizero Adios Pro, a new marathon running shoe that builds on the now-standard and controversial carbon fiber plate found in most top-flight endurance-running footwear.

On the heels of a spate of intense competition within the marathon running sphere, the advent of the Adizero Adios Pro nods to the past while innovating for the future. Inspired by the Adizero Adios 1 silhouette born from a previous collaboration with Japanese footwear designer Yoshitori Omori, which marathon legend and Olympic gold medalist Haile Gebrselassie wore to shatter his three-year-old world record in 2008, that prototype shoe has been reimagined based on a trove of athlete testing and feedback—and a thoughtful exploration of energy, kinetics and physiology.

“To create the best, we knew we had to work with the best,” Robbie Paterson, Adidas Running footwear development manager, said in a statement. “Thousands of kilometers, months of testing and dozens of prototypes went into something designed to help athletes run faster, for longer but with the same energy, than ever before.” 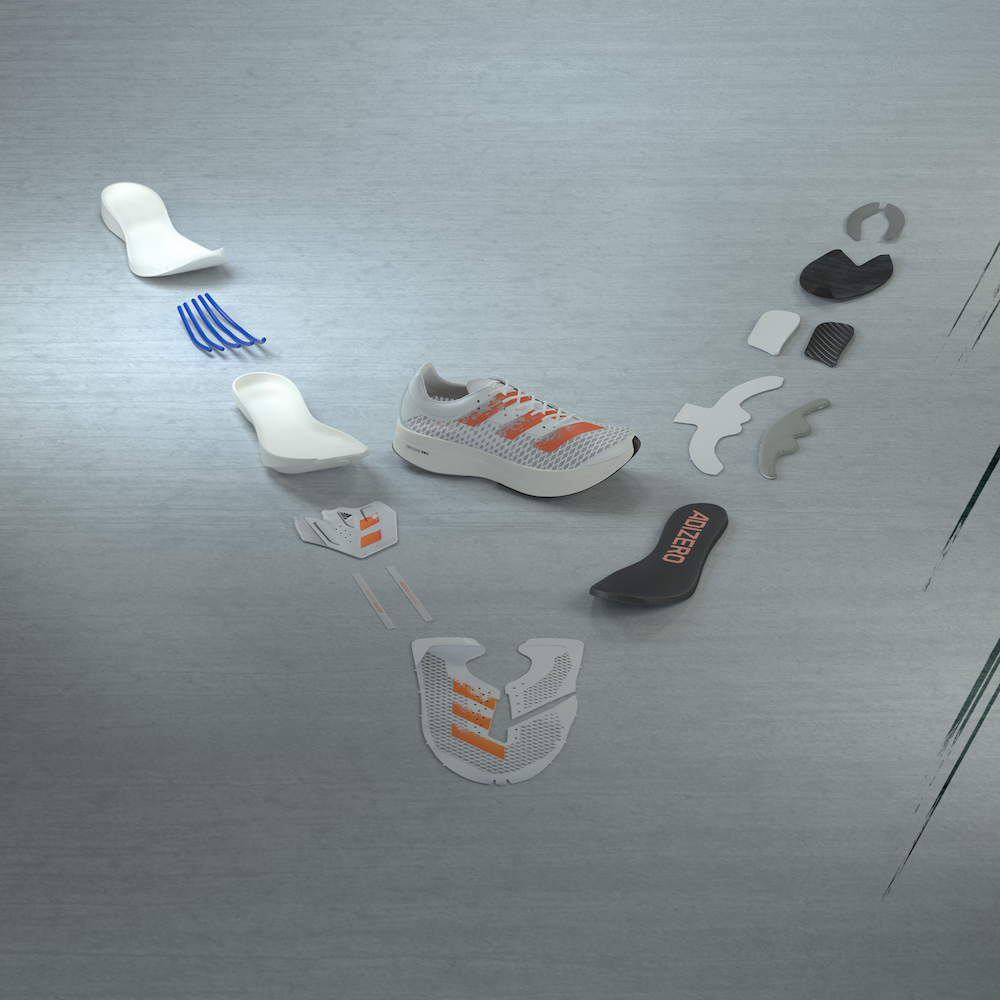 Now, Adidas’ “fastest running shoe” incorporates a quintet of EnergyRods made from carbon and designed to simulate the structural support of the foot’s metatarsal bones. Adidas says this design helps runners keep up their speed for longer distances while reducing wear and tear on their bodies and maximizing energy efficiency.

The German company also reengineered the foam that composes the Adizero Adios Pro’s midsole. Wearers will find two layers to LightstrikePro foam—which Adidas bills as its “most responsive” material to date—cocooning the foot and storing energy for optimal springback, because “every second counts” in long-distance ventures, Adidas said.

A breathable, flexible Celermesh upper wraps the top of the foot in lightweight support. Rounding out the sneaker—which launches June 30 in a limited-edition coral-and-white colorway through the Adidas app—is a heel plate crafted from carbon fiber and nylon that supports the ankle and helps the foot to bend correctly.