Months after Adidas presented its 100 percent recyclable sneaker to a test group of 200 “creators,” the sportswear giant has reclaimed the shoes, deconstructed, melted down and rebuilt them for their second—”but far from final”—use.

This month, Adidas will be introducing Futurecraft.Loop Generation 2 and sending the shoes back to the test group for another go-around. Unlike Generation 1, which was completely white, Generation 2 will feature a blue colorway. It will still be 100 percent recyclable for the next iteration.

Adidas developed Futurecraft.Loop, which it debuted in April, as part of its quest toward true circularity, where one product’s waste is another’s raw material. The performance running shoe comprises a single material: thermoplastic urethane, or TPU for short, which the company says can be broken down entirely and repurposed again and again.

“What happens to your shoes after you’ve worn them out?” Eric Liedtke, executive board member responsible for global brands at Adidas, asked at the time. “You throw them away—except there is no away. There are only landfills and incinerators and ultimately an atmosphere choked with excess carbon, or oceans filled with plastic waste.”

By closing the loop, Adidas’s goal is to “end the concept of ‘waste’” entirely. “Our dream is that you can keep wearing the same shoes over and over again,” Liedtke added.

In a blog post published on the Adidas website Wednesday, Amanda Verbeck and Tanyaradzwa Sahanga from the Futurecraft.Loop development team described circularity as a “huge challenge” that the company is “embracing with open arms.”

Getting the Generation 1 shoes back—from athletes, musicians, artists, media partners and select Adidas employees in London, Paris, New York, Los Angeles, Shanghai and Tokyo—proved more difficult than expected and initially slowed the process down, because Adidas needs to feed a certain amount of material into the machine when it first powers up. The shoes didn’t come back in the same condition they were given out, either, which means they had to be run through industrial washing machines. 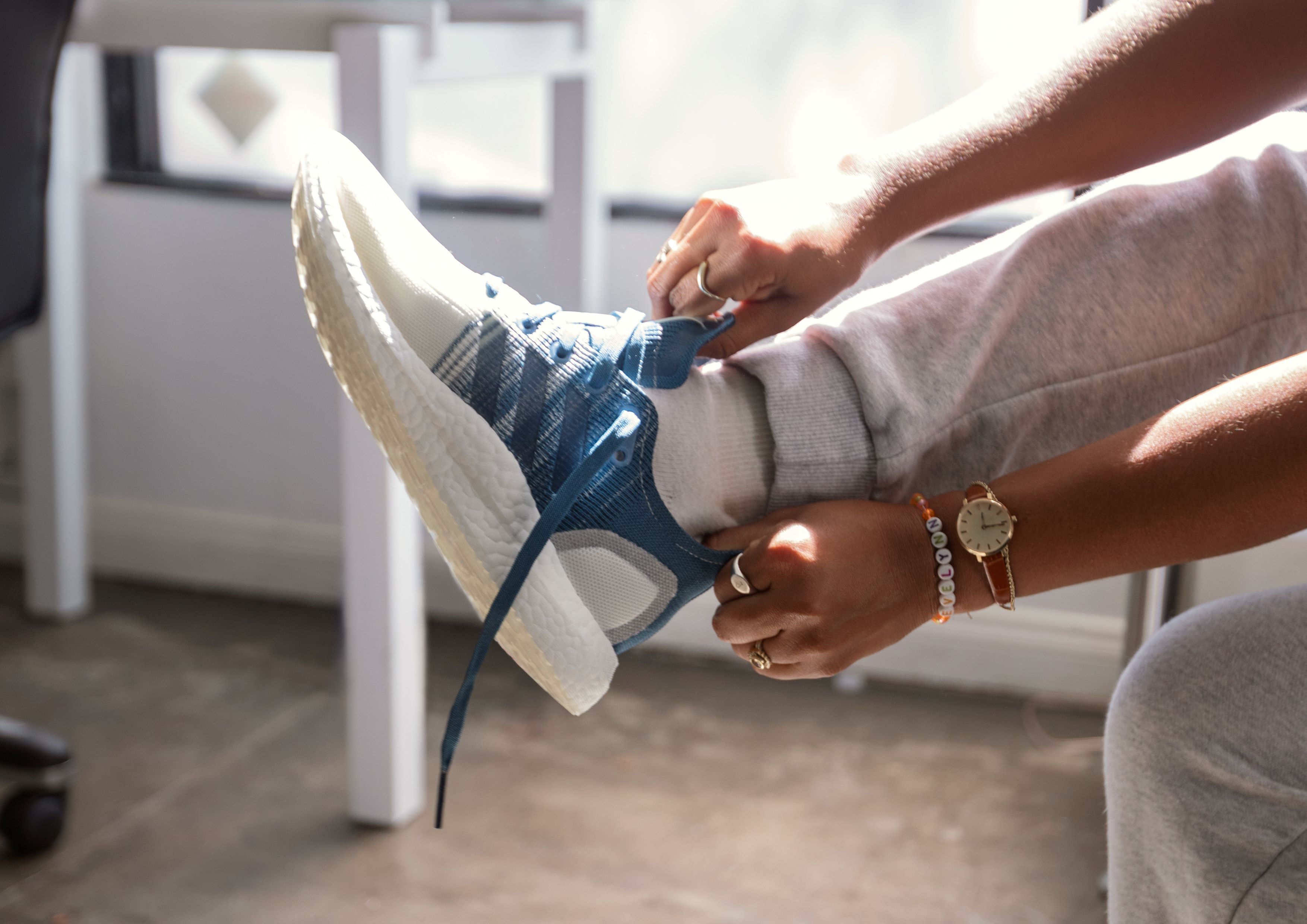 “Picture the scene: you’ve got 200 pairs of shoes piled up in a huge mound,” Verbeck and Sahanga wrote. “They started as white running shoes, but they come back completely transformed in color, maybe green or pink depending on the surface they’ve been exposed to or covered in scribbles where people have customized them. Cleaning these shoes from all over the world was a big moment.”

Eventually, however, Adidas was able to melt the material down to create new pellets, which were, in turn, heated to form new components, including eyelets and outsoles. Virgin TPU was deployed to create the remaining components of the midsole and upper.

“The remade and new materials are fused together to create Generation 2…that remains one material and is still 100 percent recyclable for the next generation,” they said. All of this happened within a span of eight months—a first for Adidas, they added.

Futurecraft.Loop isn’t the end of the circularity conversation, Verbeck and Sahanga said, but a beginning.

“What is the point where we say: we’ve finally found a way to manage product end-of-life?” they wrote. “We’re definitely a long way from that but we have made immense strides toward it—strides that we hope will inspire even better solutions in the future.”

One of these strides, they note, is Adidas Infinite Play, a take-back and resale program that recently launched in the United Kingdom.

“One of the important details we learned from our beta program was to make it easy for our consumers to give back and to give people a sense of the potential and inherent value of used product and its material,” they said. “We will continue taking learnings from this, particularly with an eye on the commercial release of Futurecraft.Loop. We need consumers to be with us on the journey.”

Futurecraft.Loop is scheduled to launch commercially in Spring/Summer 2021.