Adidas is launching its latest installment of this year’s A-ZX series with an unlikely partner—Lego. The new limited-edition shoe is the companies’ collaborative take on the Adidas ZX8000 silhouette, and the latest tribute to the Adidas ZX, which was released in 1984 as the footwear brand’s first-ever running shoe.

Promoting the notion that “you’re never too old to play,” the new ZX8000 is an ode to the classic Lego brick, taking inspiration from its hallmark reliance on vivid primary colors.

The sneaker merges a multicolor mesh and synthetic suede upper with a yellow Torsion insole and a red rubber outsole. 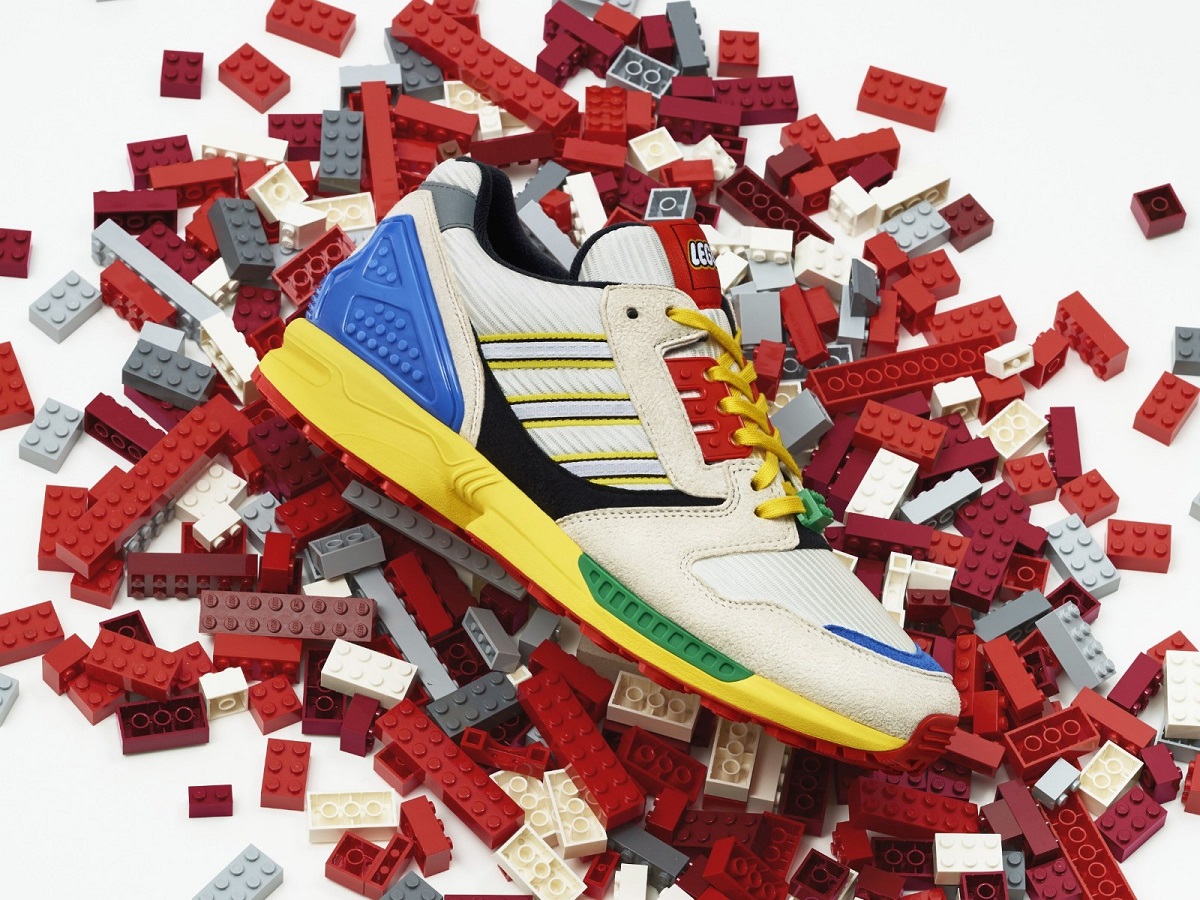 The Adidas Originals ZX8000 Lego sneakers launched globally on Friday, retailing for $130 per pair. The shoes were available through the Adidas app as part of a raffle on Sept. 25. On the same date, Lego.com offered a limited run of the product for VIPs, with shoppers able to purchase the shoes outright for 15,600 VIP points. Alternatively, entries into a sweepstakes cost 50 VIP points each for a maximum of 15 entries. Non-VIPs were able to enter the sweepstakes once for free by creating a new VIP account.

Twenty-six sneakers make up the A-ZX series, each pair corresponding with each letter of the alphabet to celebrate the heritage and future of the ZX series. Each shoe is shaped by worldwide collaborations or icons from the Adidas archive: one letter, one drop (Lego corresponds with the “L” drop). The most recent drop, for “D,” is the ZX8000 Deadhype, named for the Berlin-based audiovisual branding agency building an open community around underground music. Their take on the ZX8000 is reminiscent of army surplus trainers from the 1980s.

This is the second time the ZX series has returned with new iterations. Adidas and its global partners collaborated on 26 distinct ZX drops over the course of 2008 and 2009.

The nature of the latest A-ZX collaboration ties back into the line’s original purpose: to provide shoes for a wide variety of runners and athletes.

The surprise partnership and drop come shortly after Adidas announced the launch of a new app, Confirmed, which gives users exclusive access to new product and content from the brand’s innovators and collaborators.

The hub serves as a platform for highly anticipated releases like Adidas’ first collection with men’s wear brand Noah, Sean Wotherspoon’s sustainable SuperEarth silhouette and Craig Green’s Superstar sneakers, which debuted on high-fashion runways in January. The app offers a carefully curated assortment of streetwear, housing stories and content from the brand’s top creators, like listicles, interviews and videos.