When Kohl’s announced last year that Under Armour would be joining its roster of activewear and footwear brands, critics gave mixed reviews. Under Armour CEO Kevin Plank described the company’s partnership with Kohl’s as a “massive opportunity” to connect with female consumers, however analysts warned the mid-tier retailer could cheapen the tech-driven performance brand.

In April 2017, a month after Under Armour launched at Kohl’s, Susquehanna Financial Analyst Sam Poser said, “Kohl’s Under Armour assortment is presented well but may not be appropriately segmented.” He added that many styles were also available at Dick’s Sporting Goods.

Meanwhile, Piper Jaffray Analyst Erinn Murphy warned that the addition of Under Armour may not be enough to boost Kohl’s activewear business. “We worry that Kohl’s $3.5 billion Athletic & Wellness category cannot sustain (double-digit) growth in 2017 and the addition of UAA will likely have cannibalistic effects on peer athletic brands,” she said.

Kohl’s, however, says the launch exceeded its expectations. During a May 2017 earnings conference call, Kohl’s CEO Kevin Mansell said the company expected to have a “much better vision” of the positive impact that Under Armour will have on same-store sales by the second and third quarter.

By selling in Kohl’s stores and on Kohls.com, Under Armour has entered a space known for deep discounting, but it’s not the first brand to grow its footprint by expanding into new channels. In fact, Nike and Adidas have been sold in Kohl’s for years, so why did Under Armour raise eyebrows?

With viral marketing campaigns featuring millennial athletes like Michael Phelps and Misty Copeland and its investments in fitness apps and wearable tech, Under Armour has been pegged a millennial brand. It is a demographic that skews younger than Kohl’s core customer base, but not for long. 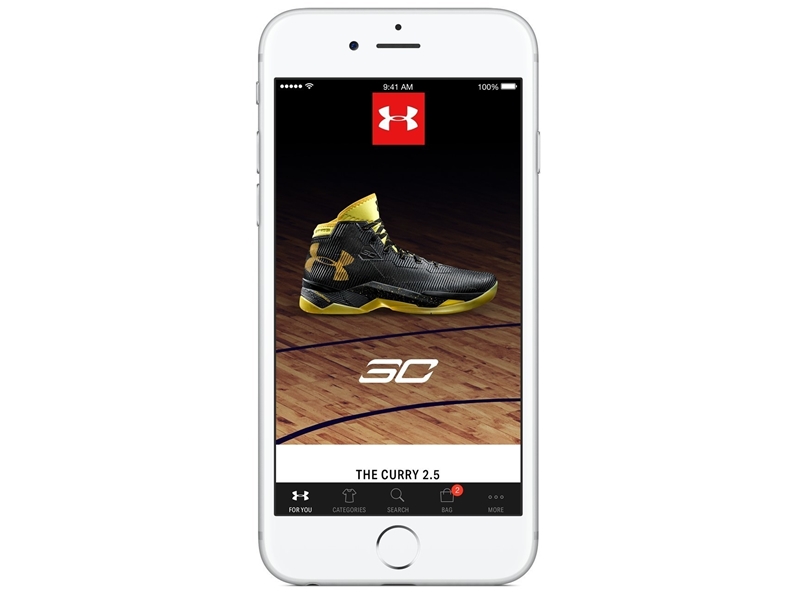 The need to find growth in a maturing North American market is one reason Cowen Analyst John Kernan said Under Armour needed to move to stores like Kohl’s, but he pointed out that new channels call for different product.

“Nike and other large brands play in Kohl’s. Under Armour just needs to segment that channel differently than their better and best channels, like Dick’s and Brand House stores,” he said. “Trying to sell similar product at KSS [Kohl’s] with a DKS [Dick’s Sporting Goods] store within a few miles will certainly cannibalize part of the DKS business.”

For Kohl’s, Kernan said Under Armour is “sourcing cheaper and taking quality out,” whereas Brand Houses remain the full price par of Under Armour’s distribution. “They keep the better and best product there,” he said.

Kellan Terry, Brandwatch senior PR data analyst, said it’s good for Under Armour to be alongside its competitors—no matter where that may be. “Other athletic apparel and shoe companies are in stores like DSW and Kohl’s as well, so I don’t think it will cheapen the Under Armour brand so to speak,” he said. “If anything, it might validate it even more.”

“[Under Armour] wakes up every day thinking about how they will compete against Nike and they are doing it very effectively in apparel,” Kernan said.

Unlike Nike and Adidas, which had years to establish their presence in the footwear market before opening doors like Kohl’s and DSW, Under Armour is still relatively new. Terry says adding distribution is just a sign that the company is maturing.

“I can remember a time without Under Armour, but not a time without Nike or Adidas. Under Armour is still quite young, especially when we consider their shoe division,” he said. “I think when they decided to make the trek into footwear, being a smaller and younger company—it’s still a growing process for them.”