A$AP Rocky is not shying away from his new position as Pacsun’s guest artistic director.

Just one month into his partnership with the youth retailer, the Grammy-nominated rapper hosted his second in-store event Friday in New York City. The VIP launch party, thrown in honor of the latest drop from A$AP Worldwide, Russell Athletic and Vans, included an exclusive preview of “most” of Rocky’s forthcoming album. 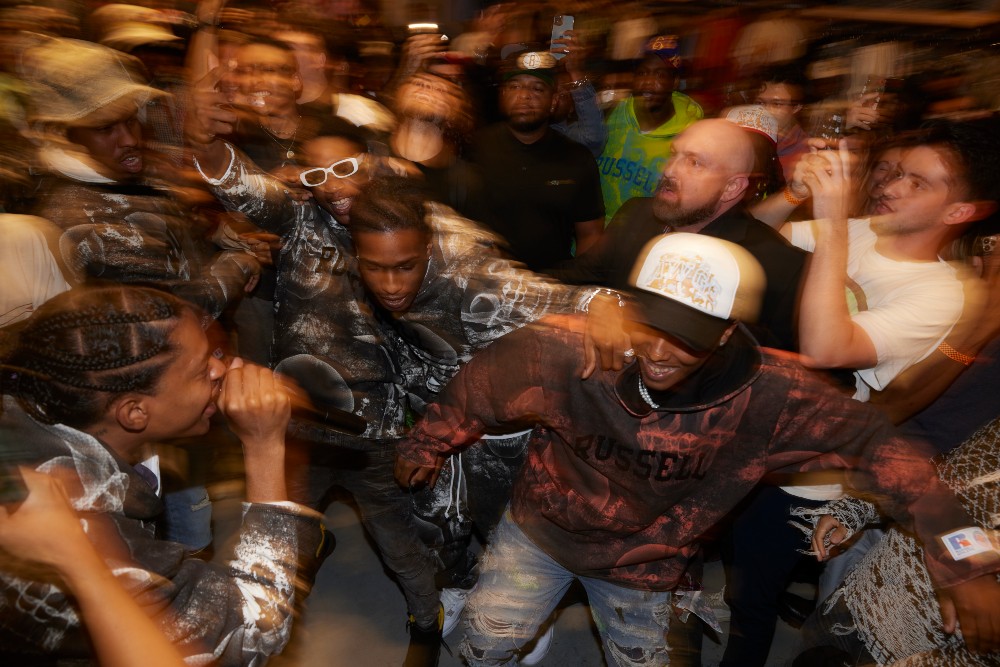 Pacsun first announced its alliance with the “Babushka Boi” in early July. Tapped to drive “a new wave of premium streetwear and style” for the next 18 months, he will oversee collaborations, brand campaigns and in-store activations, such as the two Pacsun has hosted this past month.

Hours before Rocky appeared in-person in New York City, the retailer made its entrance into livestream shopping. The event, hosted by content creator and past Pacsun model Mathieu Simoneau, showcased the latest drop from A$AP Worldwide and Vans and allowed fans to comment and ask questions before buying.

Pacsun originally unveiled plans to launch live shopping with the help of famous YouTuber Jules LeBlanc in mid-July. The Gen Zer, though not Pacsun’s first livestream host, made her debut Wednesday afternoon, showcasing new styles from the retailer’s pre-fall line. LeBlanc, who commands a TikTok following of more than 18 million, will also appear in Pacsun’s upcoming campaign and create a personalized Spotify playlist with “her favorite back-to-school hits and nostalgic jams” that will be broadcast in stores and available online.