Asics is taking on women’s wrestling.

Before the pandemic slammed the brakes on high-contact activities, participation in women’s wrestling was soaring. According to data from the National Federation of State High School Associations, 21,124 girls wrestled in the 2018-19 season, a 27.5 percent increase over the prior year.

Asics took a major step toward catering to the growing sport this month, launching what it describes as “the first ever women’s specific wrestling shoe.”

Designed to address the anatomical differences between male and female feet, the Matblazer utilizes an asymmetrical lacing system that creates a more contoured and compression-like feel, Asics said. By improving the fit, it added, the boot will generate less friction and rubbing while also enhancing traction for “dynamic movement.” 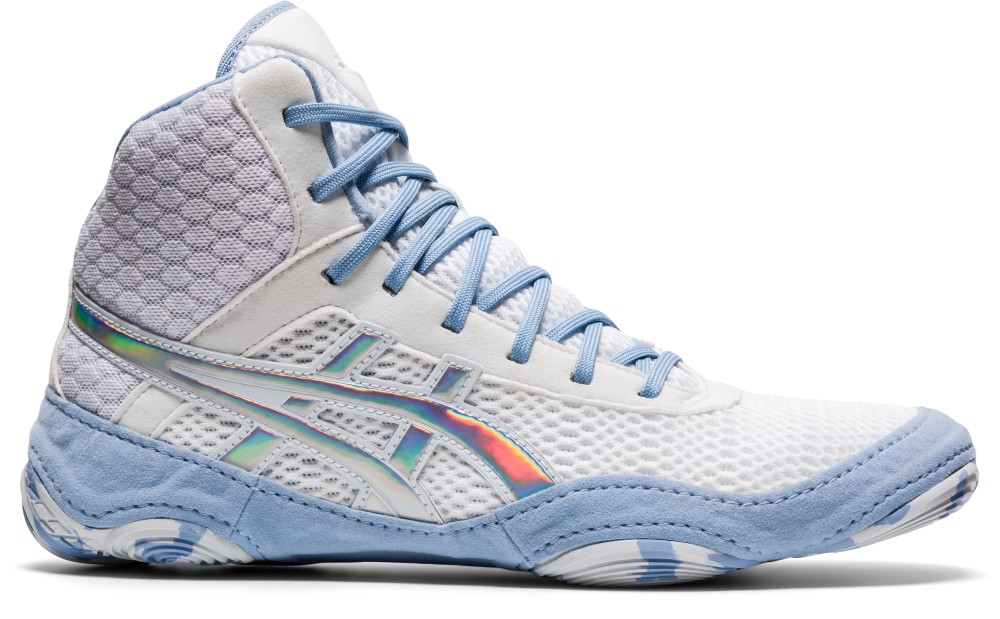 The shoe utilizes the same split sole seen on Asics’ JB Elite wrestling shoe. The design, it said, optimizes flexibility without sacrificing grip and helps reduce weight so the wrestler can feel light on her feet.

The Matblazer will debut in two colorways, both with a secondary lace option for further personalization. The shoes are currently retailing for $95.

The Japanese sneaker maker is not the only company going out of its way to design for women’s feet. Bala Footwear launched—and promptly sold out—its inaugural line of nurse-centered sneakers touting their female-first design.

“In the athletic footwear industry, nearly every shoe is made for a man’s foot, then shrunk to fit a woman’s foot,” Bala co-founder Caprice Neely said in a statement at the time. “But there are more differences other than size that affect the fit of a shoe.

When Puma designed its revamped running line, it too paid special attention to the needs of its female runners, creating a separate last for the range’s women’s sizes with a narrowed heel, lower in-step and sculpted arch shape.

Asics is dipping its toes into another niche market this month: digital fashion. On Thursday, it kicked off the digital auction off its 189-piece Sunrise Red NFT Collection. Asics will offer 21 non-fungible tokens, or NFTs, for each of the nine featured footwear styles—20 in a red “Limited Edition” colorway and one in a special, gold skin. Proceeds will go toward the company’s newly launched Digital Goods Artist In-Residence Program.