Asics saw “strong growth” in “nearly every channel” across North America in the second quarter, the company reported.

In the United States, these gains included a triple-digit year-over-year improvement in the family channel and a double-digit bump in sporting goods. Performance run—buoyed by the success of models like the Gel-Kayano and Gel-Nimbus, Asics said—grew by 51.8 percent in the U.S.

The company also highlighted what it described as an “astounding” triple-digit, year-over-year leap in tennis. The Gel-Resolution, it said, proved the No. 1 selling model in the category.

“We are proud to continue seeing the Asics brand and products resonating so well with consumers across categories from running to tennis,” Richard Sullivan, president and chief operating officer, Asics North America, said in a statement. “The growth across our owned and partner channels has been significant and we will continue to strategically navigate our brand going forward.”

The second quarter was a busy period for Asics’ investments in mental health. In May, it partnered with the National Alliance of Mental Illness of NYC (NAMI-NYC) to host a virtual Blue Jean Mile competition in honor of Mental Health Awareness Month. The competition, inspired by Asics’ elite athlete Johnny Gregorek, who set a record last year for the fastest mile run in jeans, raised $26,400 to support NAMI-NYC. To honor Gregorek’s 4:06:25 record, Asics donated $40,625.

In June, the company unveiled its new Mind Uplifter tool. Designed to help runners quantify the mental health benefits of exercise, the technology uses facial scans and self-reported data collection to allow users to measure the impact of sport across 10 emotional and cognitive metrics, Asics said.

Though the Summer Olympics are now over, Asics’ time in Tokyo isn’t.

On Friday, it unveiled the official sport apparel kit for what will be the first team to march in at the Opening Ceremony of the Paralympic Games next Tuesday, the Refugee Paralympic Team. 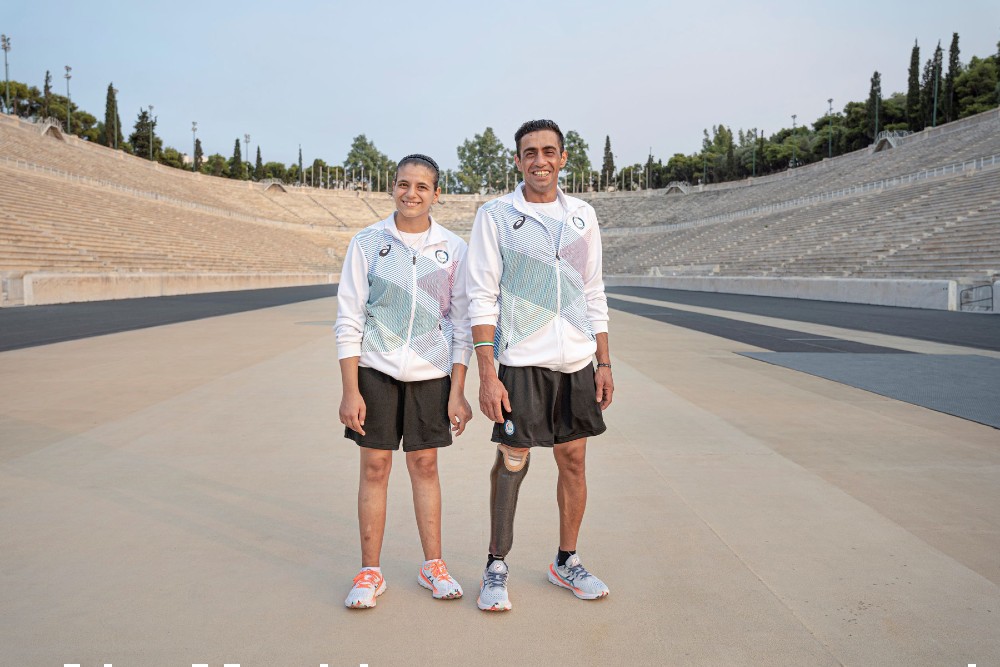 “It is an awesome feeling to be wearing the colours of this team,” Syrian swimmer Ibrahim Al Hussein said in a statement. “Getting on that medal rostrum will be tough, but us being in Tokyo is a victory for the 82 million displaced people around the world just like us who have had to flee their homes.”

The collection features a series of colorful lines on a white canvas alongside the International Paralympic Committee’s red, blue and green Agitos symbol. “It expresses the power and pride of the team by blending a traditional Japanese sense of beauty with the latest technology,” Asics said.

“We are proud to be able to support the Refugee Paralympic Team at the Tokyo 2020 Paralympic games,” Asics chairman and CEO Motoi Oyama said in a statement. “Their courage and determination give dreams and hope to people around the world. ASICS was founded upon a belief in the positive power of sport to society. Through our commitment to the RPT and our sponsorship of the Tokyo 2020 Paralympic games, we aim to contribute to the IPCs ambition to realise a truly inclusive society through Paralympic sport.”