Birkenstock is reportedly exploring a deal that would value the footwear brand at more than 4 billion euros ($4.85 billion), according to reports from Bloomberg and The Financial Times.

Private equity firm CVC Capital is in “advanced negotiations” with the family owners of the nearly 250-year-old German brand, Bloomberg reported. Yet while the talks with CVC have been going on for months, a final deal is not imminent, according to FT.

Birkenstock has not outright denied that any such sale could take place, but issued a statement regarding the recent reports, saying, “The communicated contents in this context are assumptions and speculations.”

No final decisions have been made, according to sources in both reports, and there’s no certainty the discussions will lead to an agreement.

CVC doesn’t currently have a footwear brand in its portfolio, but does control high-profile brands like Breitling SA, the Swiss watchmaker it took over in 2017. The buyout firm also owns German beauty chain Douglas GmbH. The private equity firm used to be the lead investor in China-based women’s footwear brand C.banner, but later exited the investment.

With a deal, CVC would hope to grow sales in new markets while capitalizing on the brand’s loyal customer base, according to FT. The report said that Birkenstock has been exploring a sale “for months” with the help of bankers at Goldman Sachs. After initially seeking interest from rivals in the industry, it has turned to private equity bidders.

Poshmark to Be Acquired in $1.2 Billion Deal

In the statement, the Birkenstock team did confirm that there are suitors for its brand: “This sustainable and continuous success is arousing interest of investors again and again to examine opportunities of strategic collaborations, also in combination with financial participation.”

FT indicated that the sandals seller has also attracted interest from Permira and at least one other private equity firm. Permira has been wheeling and dealing in the footwear space recently, acquiring luxury sneaker company Golden Goose from the Carlyle Group last year for 1.28 billion euros ($1.56 billion), and also prepping to spin out the Dr. Martens boots brand into an IPO in the coming months. The firm also has shown interest in buying Reebok, which Adidas recently put up for sale.

Birkenstock capitalizes on comfort throughout Covid-19

Birkenstock, which dubs its wares the “official home-office shoe,” has catered to an audience that has largely been confined to work-from-home environments since March, thus making it a high-demand brand due to its focus on comfort.

“Because of the shutdown, we will be a bit under last year’s results in regard to EBIT,” Reichert told Footwear News. “We shut down our production facilities for nearly two months. But in the end, globally, we will have reached the same figures in 10 months as in 12 months last year, which shows we are still growing very fast, by two-digit percentages every year.”

NPD Group’s Beth Goldstein highlighted Birkenstock alongside Crocs and Ugg as brands that have been bright spots in footwear’s tough year due to the prioritization of comfort, noting in a recent blog post that slippers sales grew more than 50 percent for 2020.

And these companies appear to have a bright post-pandemic future, with 70 percent of consumers NPD surveyed in September saying that they plan to dress just as or more casually than they did prior to the pandemic once they can return to work or social activities.

Some of Birkenstock’s top products have helped keep the company relevant in the public eye throughout the pandemic. In the second quarter, Birkenstock’s Arizona sandal saw online searches spike by 225 percent to become the most-searched shoe in the world, according to global fashion search platform Lyst, thanks to a boost from celebrity fans like Reese Witherspoon, Jason Momoa and even Kanye West.

Later that year, the brand reached second on the Lyst Index’s hottest products of Q3 2020, with Birkenstock’s Boston clog ranking No. 2 behind only the limited-edition Dior x Nike Air Jordan 1 High OG. The Dior x Jordan collaboration was recently thrust back into the spotlight when Nikolas Ajagu, the husband of Meena Harris, Vice President Kamala Harris’ niece, wore the sneakers at the Presidential Inauguration ceremony.

Birkenstock launched its sandals in the 1960s, first breaking ground in the U.S. in 1966. But the brand’s roots trace all the way back to 1774, when Johann Adam Birkenstock worked a cobbler in the German state of Hesse. That heritage has appealed to shoppers who gravitate toward products with a backstory. 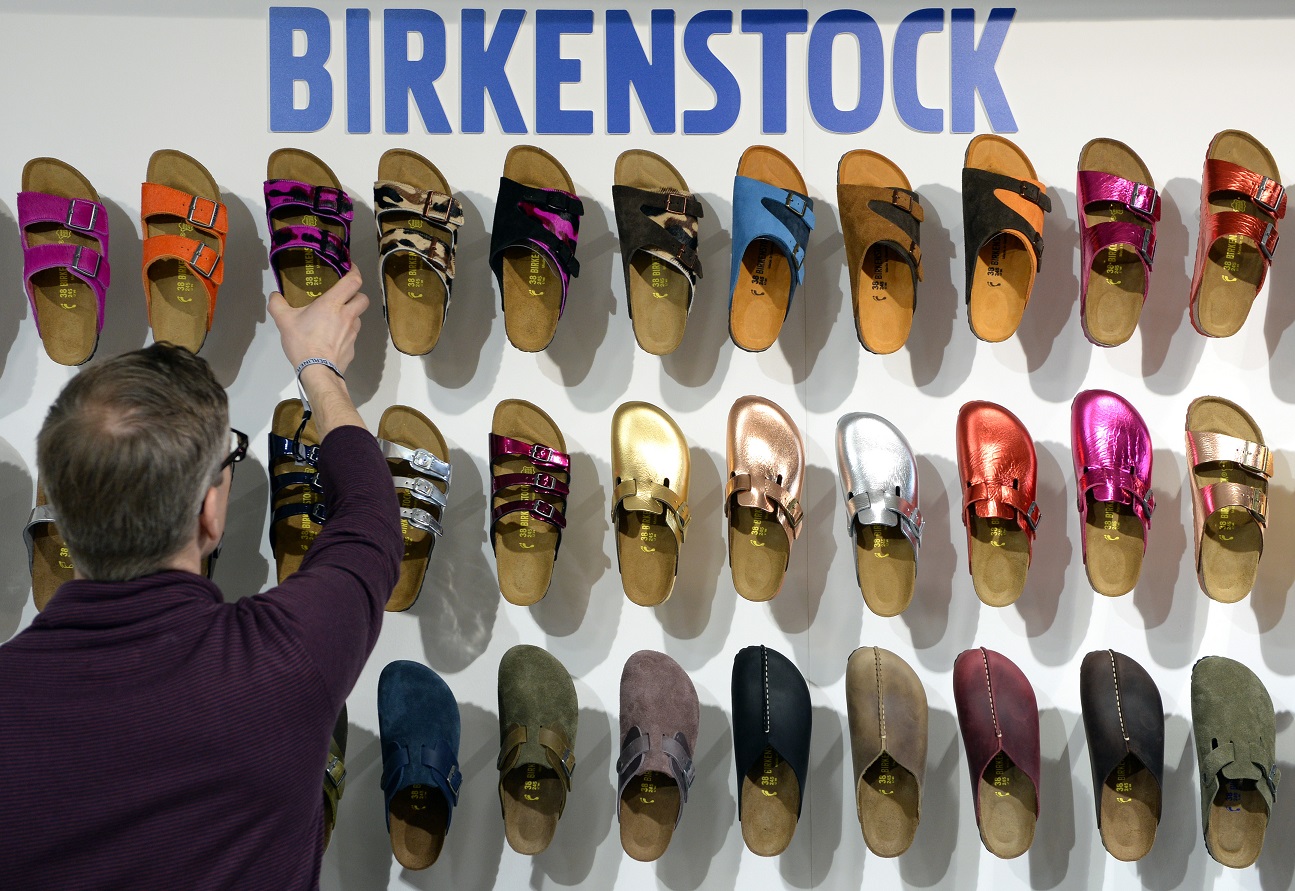 This backstory has been a major part of the company’s growth, with Birkenstock saying in its statement that management’s focus in a “currently challenging market environment continues to be in continuity, reliability and security as well as the unswerving continuation of the success story of Birkenstock.”

Birkenstock sells its products, which also include belts, bags and beds, in nearly 90 countries, according to its website. The company only started selling shoes directly to consumers online in 2016, and opened its first company-owned U.S. store in 2018.