Catch up on this week’s headlines about store openings, new campaigns and cool collaborations.

Sperry Makes It RAINS
Sperry collaborated with Copenhagen-based brand RAINS to create two new styles for the fall season, including the CVO cloud sneaker and an updated version of Sperry’s classic boat shoe. The CVO cloud retails for $100 and the boat shoe for $120.

Ugg for Men Pops Up
Ugg, a division of Deckers Brands, opened a men’s pop-up shop in San Francisco in time for the holiday shopping season. The 554-square-foot store carries 88 SKUS from Ugg’s men’s collection, and allows guests to shop the brand’s full collection via its Infinite Ugg Omni-Channel program. 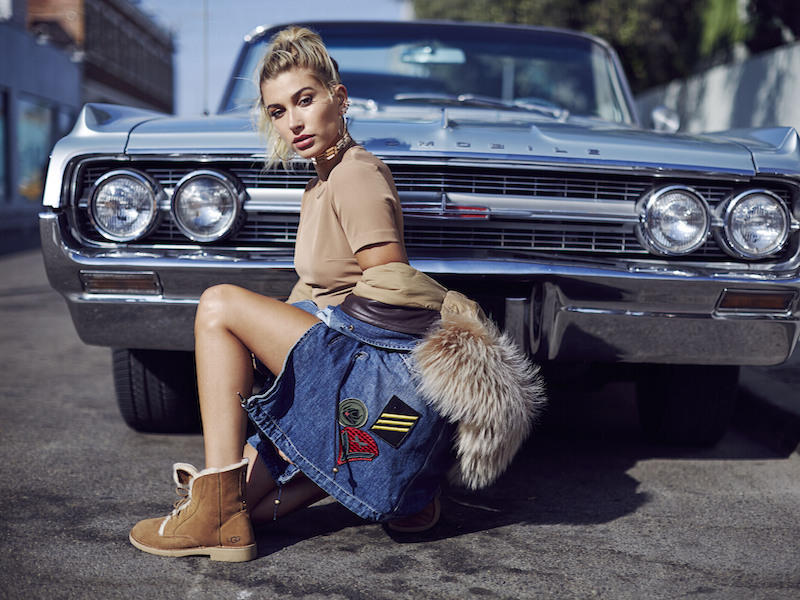 In a press release, Gerard Marceda, Deckers Brands vice president of North America retail, said, “Our Ugg for Men collections are built on a legendary foundation of comfort and innovative technology, which are key points of differentiation that distinguish UGG from other men’s brands in the marketplace. Our new pop-up men’s location offers our tech-savvy customers a chance to experience firsthand all the brand has to offer.”

Under Armour Debuts “Slay Your Next Giant’ Campaign’

Under Armour unveiled its newest campaign dubbed ‘Slay your next Giant’. The campaign’s digital story features pro soccer player Memphis Depay of Manchester United, Cameron Carter-Vickers of the Tottenham Hotspur Academy, as well as young up-and-coming players from around the globe (Brazil, Chile, Mexico, and the UK).

A unique element of the campaign is the focus on players’ laces. Under Armour will produce customized laces engraved with a personal goal, each pair representing a new ‘giant to slay’. As players reach each milestone, they will symbolically remove their laces and replace them with a new pair.

Users of the www.slayyournextgiant.com site can play interactive videos featuring players and their stories, and will also be prompted to create their own lace image for Facebook or Twitter featuring their personal ‘giant’.

Australian footwear manufacturer Blundstone has announced that it will sponsor the 2015 Long Beach International Film Festival in New York, Sept 24-27. Blundstone will be featured significantly at the festival. A 20 second brand clip focusing on the brand’s Fall ’15 campaign, ‘#HOWIROAM’, will be played at the start of each film.

Blundstone was also a sponsor at the 2015 Sundance Film Festival, and will support the upcoming Hampton’s Film Festival as well.

“We’re very pleased to continue the tradition of supporting the film industry,” said Andrew Ross, Blundstone international sales executive. “We chose to sponsor the Long Beach International Film Festival to amplify our support for the natural affinity with filmmakers everywhere.”