Crafting a truly environmentally friendly shoe requires a multi-faceted approach that considers not just the materials used, but also the design itself, as well as the manufacturing process.

Cariuma’s latest sneaker drills down on each of these areas, co-founder Fernando Porto said. The Ibi Slip-On features a bamboo-knit upper and sugarcane EVA outsole. Each is crafted from a single piece, saving on waste and reducing the number of steps required during manufacturing. Broadly speaking, though, Porto said the most significant design choice Cariuma made was simply designing for longevity—he estimated the sneaker should last about three years with regular wear and tear—rather than short-term trends.

“Designing and putting something in [the] market in [a] rush because you think people [are] not going to like that in three months anymore is the first thing to avoid in a sustainable business model,” Porto said. 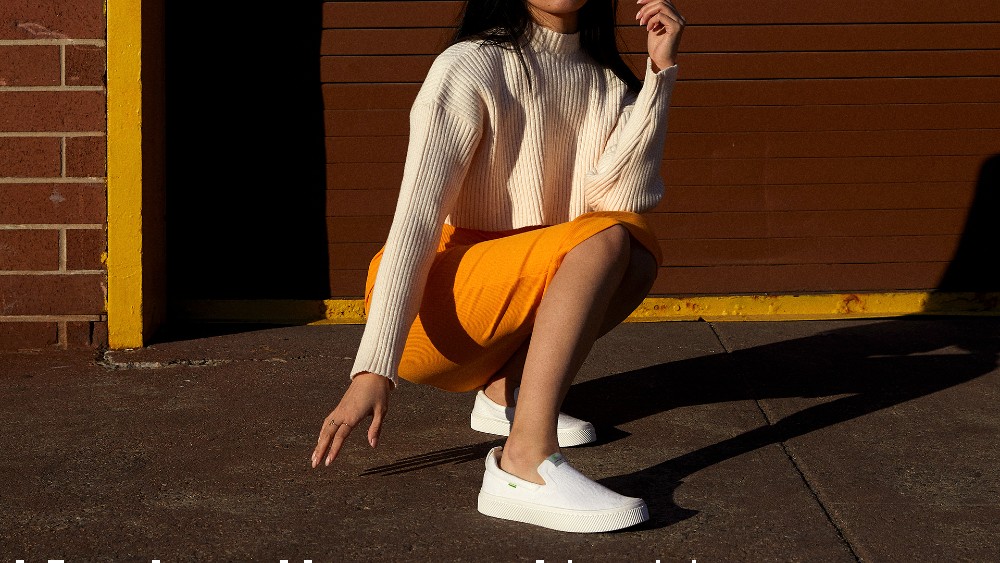 Cariuma took its time launching what it claims is “the world’s lowest carbon footprint sneaker.” After more than 24 months of development, the Ibi Slip-On debuted Tuesday.

The Brazilian sneaker brand partnered with a third-party consultant, Pré Sustainability, to conduct a Life Cycle Assessment (LCA) to calculate the Ibi Slip-On’s carbon footprint. According to Cariuma, the test determined the shoes generated 5.48 kilograms of carbon dioxide equivalent (CO2e) per pair.

According to a 2013 study led by the Massachusetts Institute of Technology, a typical pair of running shoes emits just over 13 kg of CO2e. For comparison, Allbirds, a brand known for its sustainable ethos scored a 9.2 on its Staple Dash sneaker in December. Roscomar’s 100 percent vegan Tencel-knit Rv3, meanwhile, produces 6.5 kilograms of CO2e.

“Our team evaluated industry practices, as well as our own, working with our ethical factory and our third-party partners to eliminate all possible waste for the most eco-friendly sneakers on the planet,” Porto said. “For the Cariuma team, this launch is more than just a label on one pair of shoes, but a true statement to the industry at large—that we will continue to commit ourselves to break boundaries and innovating towards a better Earth.” 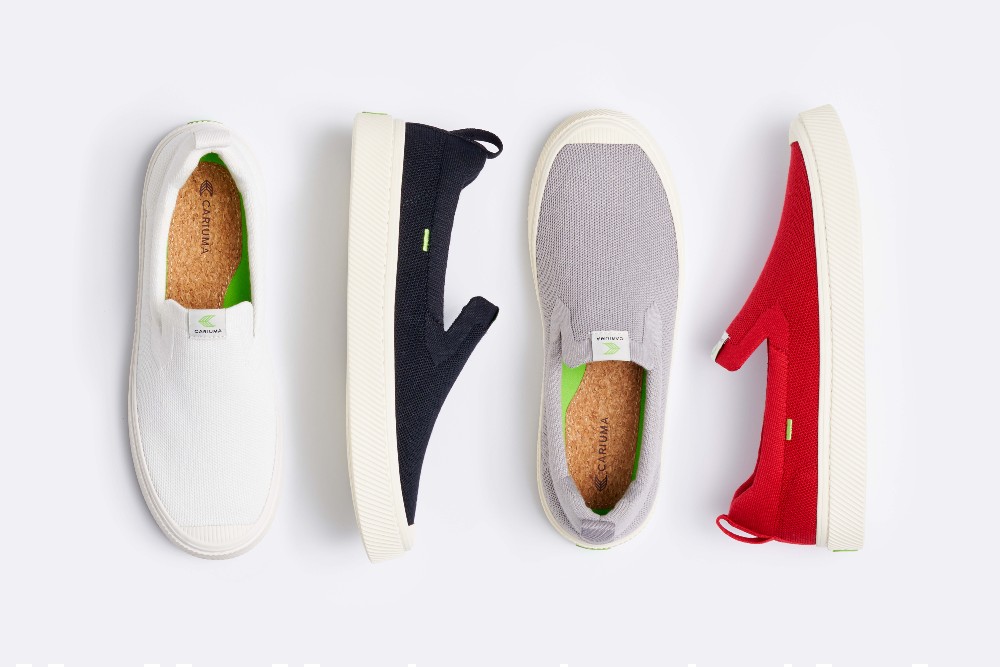 Though the Ibi Slip-On may have outscored its competitors in the sustainable footwear space today, Cariuma has no plans to slow down and rest on those laurels. In fact, Porto said Cariuma already has ideas—initiatives that require more effort and time—for improving the sneaker’s design and breaking its own record.

“Our mission is to spread positivity and reshape our industry through the best sustainable products while recovering the environment,” Porto said. “Given the responsibility fashion has in our climate crisis and how much there is to improve, we will continue pushing ourselves.”

The Ibi Slip-On follows months after the debut of Cariuma’s Ibi High. Fifteen months in the making, the sneaker features a two-piece knit upper made from a blend of bamboo fibers and recycled plastic bottles, a biofoam insole made from plant-based materials, a recycled cork and organic mamona oil lining, recycled plastic laces and a sugarcane EVA outsole.

Last July, Cariuma launched its Pair for Pair initiative, wherein it commits to planting a pair of trees in the Brazilian rainforest for every pair of shoes it sells. The program focuses on native species of trees, such as the Jacaranda, Pau-brasil-branco, Peroba, Caroba and the Murici-da-mata.

In addition to its tree-planting efforts, Cariuma also claims to work exclusively with ethical factories, source only natural and recycled material and offset all shipping impacts.