“Croctober” is here—and Crocs is marking its monthlong branded marketing stunt in a big way.

On Wednesday, the shoe maker announced a forthcoming collaboration with musical celebrity Justin Bieber, who has often been photographed sporting the brand’s iconic clogs. Drew House, Bieber’s apparel brand, inspired the mustard-yellow color outfitting the Classic Clog, which bears eight unique Jibbitz charms that the shoe company says mimic the singer’s “good vibes and laid-back style.” In a statement, Bieber said that designing Crocs “came naturally” because he wears the foam footwear “all the time.”

“With these Crocs, I just focused on making something cool that I want to wear,” he added. 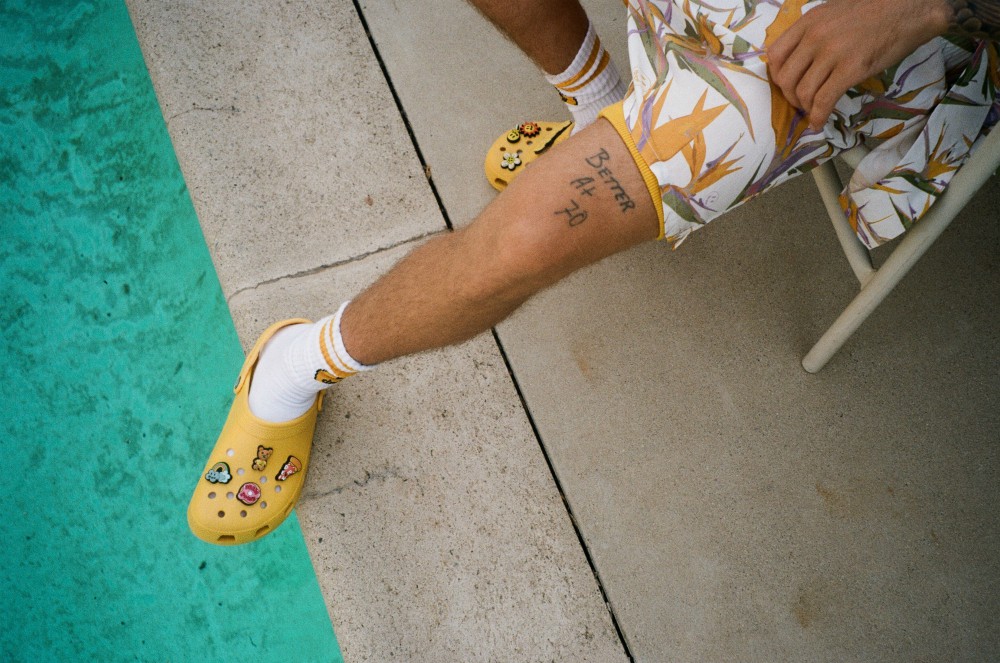 Bieber set Instagram atwitter on Oct. 1 by teasing the collab to his 148 million followers with a photo captioned “soon” showing the sunny shoes floating in a pool, driving a 7 percent spike in Crocs stock. Though Crocs failed to crack teens’ top five favorite footwear brands in Piper Sandler’s just-released Taking Stock With Teens report, the clog brand landed in the No. 9 position, up three places since the spring, after making the top 10 (at No. 7) for the first time in autumn last year.

Croctober, said global marketing head Heidi Cooley, is a “monumental time of year” for fans of the cult-favorite clog company, which prompted Crocs to “up the ante” with a star with Bieber’s singular sway.

“Having a creative of Justin’s caliber wearing Crocs shoes is of the highest compliments, and definitely hasn’t gone unnoticed,” she added. “But it’s his belief in being true to yourself, a value we share, that makes this special partnership so authentic and exciting.”

Crocs is planning a digitally focused release for the Crocs X Justin Bieber with drew Classic Clog, available for $59.99 on Oct. 13 through limited Crocs and partner e-commerce sites as well as thehouseofdrew.com. Shoppers visiting a curated selection of Crocs stores in China and South Korea will have the opportunity to purchase the clogs in person.

The collaboration comes as Bieber returns to the top of the charts with the smash hit “Holy” featuring Chance the Rapper, with 120 million streams in its debut week propelling the single to No. 1 on Spotify Global Charts. And while Bieber might be Crocs’ most high-profile pairing to date, the brand has cozied up to an array of personalities and brands, from a series of drops with Post Malone to tie-ups with Peeps, Bad Bunny and KFC. 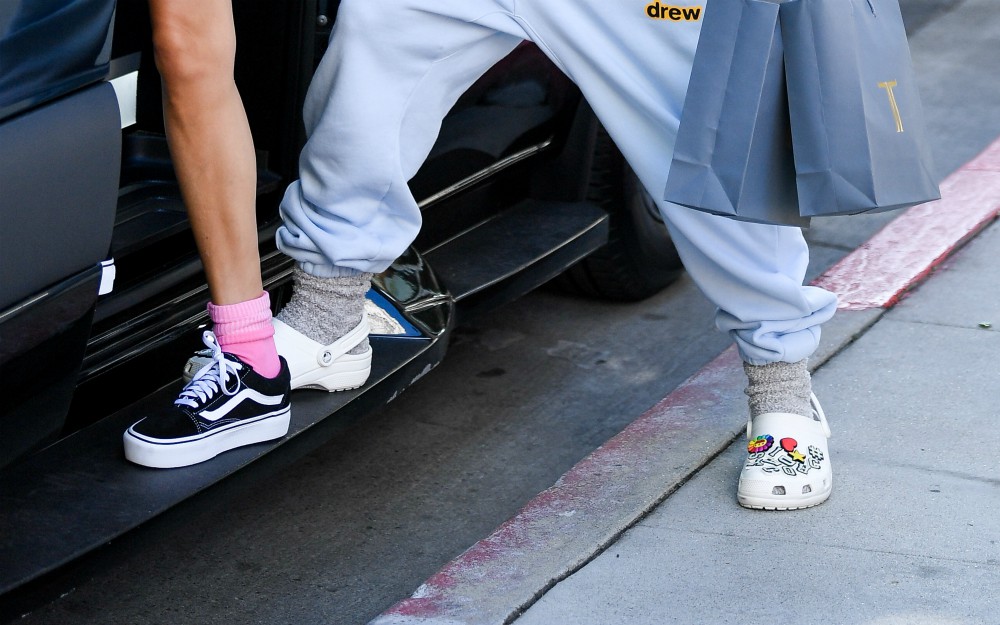 And unlike other sectors of fashion and footwear, Crocs says it hasn’t seen the same slump as many of its peers, moving to raise its third-quarter guidance last month. CEO Andrew Rees, addressing the back-to-school season, told an investment crowd, “We don’t really see the issues that others have been talking about.”