“I had just one spot on our shoe rack and our apartment was always kind of a mess and I just thought ‘God, it’d be great to have one pair of shoes that I could kind of use for everything,’” he said.

From that seed, Glyph was born. Sachdev and his classmate Alan Lau, neither with any prior experience in footwear, set out to craft a comfortable shoe that could go with anything and be used for any occasion.

“We thought about shoes from the framework of if you only had one pair of shoes total, what would that pair of shoes be,” Sachdev said.

Sachdev is not the only one to chase the minimalist dream, it seems. After selling out its first pre-sale round in 2019, the startup raised $600,000 in pre-seed funding last year. Though he declined to break down sales, the company’s Republic fundraising page—the campaign ended Dec. 12 with $135,190—reported that Glyph recorded $250,000 in revenue from October 2019 to February 2020. Currently, Sachdev said, it is growing about 25 percent per month.

Sachdev admitted that he and Lau had no idea what they were doing at first. With no background in shoemaking, he said, they started out by reading and talking with people. Before long, they were on the ground in China, visiting factories and trying to get prototypes produced. After a busy tour across various regions—Sachdev said at one point they visited 28 factories in 30 days—they landed on a manufacturing partner and were off to the races.

Glyph has been leaning on a low inventory model, buying a batch of shoes from the factory, selling it out and then buying another. So far, the company has sold out five of these batches. Though it spent a lot of 2020 out of inventory for a few months at a time, the influx of capital has helped even things out and allowed for a steadier flow of inventory, Sachdev said.

Under Armour Outlines Next Steps on Sustainability Journey

This system has also allowed the company to fine tune the shoe’s design with each batch, whether that has meant adjusting the stitch, using a different glue or testing out a different blend of recycled fibers.

“It’s crazy to me that like a lot of legacy companies, they just don’t try and iterate on their products,” Sachdev said. “We wanted to take the approach that we’ve seen, for example, in the software industry, where you’re constantly getting feedback, constantly iterating.” 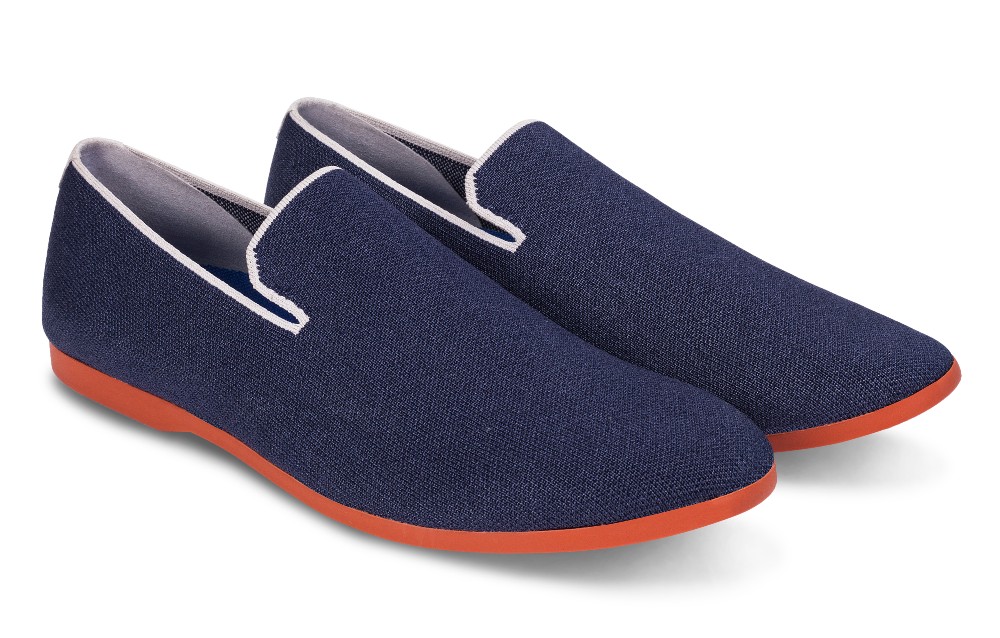 To create its shoe, Glyph relies on whole-garment knitting machines. “We knew that the shoe had to look dressy, but be very comfortable and we knew that we wanted waterproofing, we knew that we wanted to be antimicrobial so you can wear it with or without socks, and so all of that led us down the road to whole-garment knitting,” Sachdev said. The set-up, he added, also means the company can reduce material waste and not have to rely on cheap labor.

Once Glyph’s shoes reach the end of their life—Sachdev said customers have worn them well over a year on a “pretty much daily basis”—each component can be recycled. The company actively encourages its customers to return their shoes, offering a 20 percent discount to all who choose to do so. Sachdev declined to say exactly how many of Glyph’s customers have chosen to ship their shoes back, but described the initiative as “a significant part of our business.”

Preparing for the post-pandemic consumer

According to Sachdev, Glyph’s customer base is “pretty evenly distributed,” across age and gender.

“They’re not really divided by age or anything like that, but it’s more that they have similar values,” Sachdev said. “We get a lot of people that do care about the environment, that are pretty fashion forward… a lot of people on the go. People that are busy, that have a lot going on in their lives, that are traveling, like those are kind of the customers that we serve best.”

Given that sort of target customer, the pandemic could have spelled early trouble for the young startup. But other than manufacturing delays early on, Glyph says it hasn’t faced too much trouble. A lot of people, as it turned out, wore the shoes while they hung around the house, ran errands or just went for a walk.

“Because of the versatility factor, I think we weren’t hit,” Sachdev said. “If you’re doing formal dress shoes, it was probably going to be a tough time.”

As the vaccine rolls out and people grow restless to go out again, Sachdev said, Glyph has begun seeing business ramp up a bit in certain parts of the country. Consequently, the company has begun shifting its messaging and getting ready for that traveling, on-the-road customer.

Up until now, the main limiting factor has been inventory, Sachdev noted. Moving forward, he said the company is focusing on putting processes in place, operationalizing things and generally making sure the business is operationally sound.

But, at the same time, Glyph is preparing for the future.

“It’s exciting because I think we’ve had some really good wins and that, to us, means we can do new product and we’re excited to do that,” Sachdev said. “I think we’re going to stick to footwear for the time being, but we do view our mission as broader than that. For us, we want people to embrace minimalism, for society to have that conversation. And we want people to look good without having to put a lot of thought or effort into it.”