GOAT Group, the sneaker and streetwear marketplace with ambitious goals to host “the greatest products from the past, present and future,” has closed another $195 million in a Series F funding round.

The resale player now says the new funding vaulted its valuation $3.7 billion, more than double its prior $1.8 billion estimation following a $100 million Series E round announced in September.

GOAT will use the proceeds from the round to help further invest in growth in its sneaker business as well as its rapidly growing apparel and accessories verticals. Additionally, the financing will help fund the company’s continued global expansion, where plans are already being made to build four more facilities in 2021 in Chicago, China, Japan and Singapore.

With the new locations, GOAT will operate 13 fulfillment centers across the U.S., Europe and Asia, where it checks the authenticity and quality of resale merchandise before shipping orders to customers.

The company says it now has 30 million members and 600,000 sellers in its end-to-end experience, and plans to make additional, significant investments in its technology and brand. According to GOAT Group co-founder and CEO Eddy Lu, 80 percent of members are millennials and Gen Zers.

The platform, which also procured a $100 million investment from Foot Locker in 2019, has enjoyed growth during the pandemic. Over the past 12 months, GOAT sold $2 billion in gross merchandise value (GMV), while sales of sneakers doubled in the same time period, it said

Apparel growth leapt 500 percent year over year as GOAT began to make a serious push in the category amid the streetwear craze.

The sneaker and streetwear resale market in North America hit more than $2 billion last year, according to Cowen, which estimates that the global market could reach $30 billion by 2030.

GOAT is looking to capture the best of both worlds, as it doesn’t just exclusively resell footwear and apparel, contrary to competitors like eBay and StockX. The marketplace also sells products directly, offering items from its more than 350 brand partners, including luxury names like Gucci, Balenciaga, Alexander McQueen, Louis Vuitton and Versace. In January, GOAT secured an undisclosed strategic investment from Groupe Artemis, the controlling shareholder of Kering, to help the marketplace further its incursion into luxury. 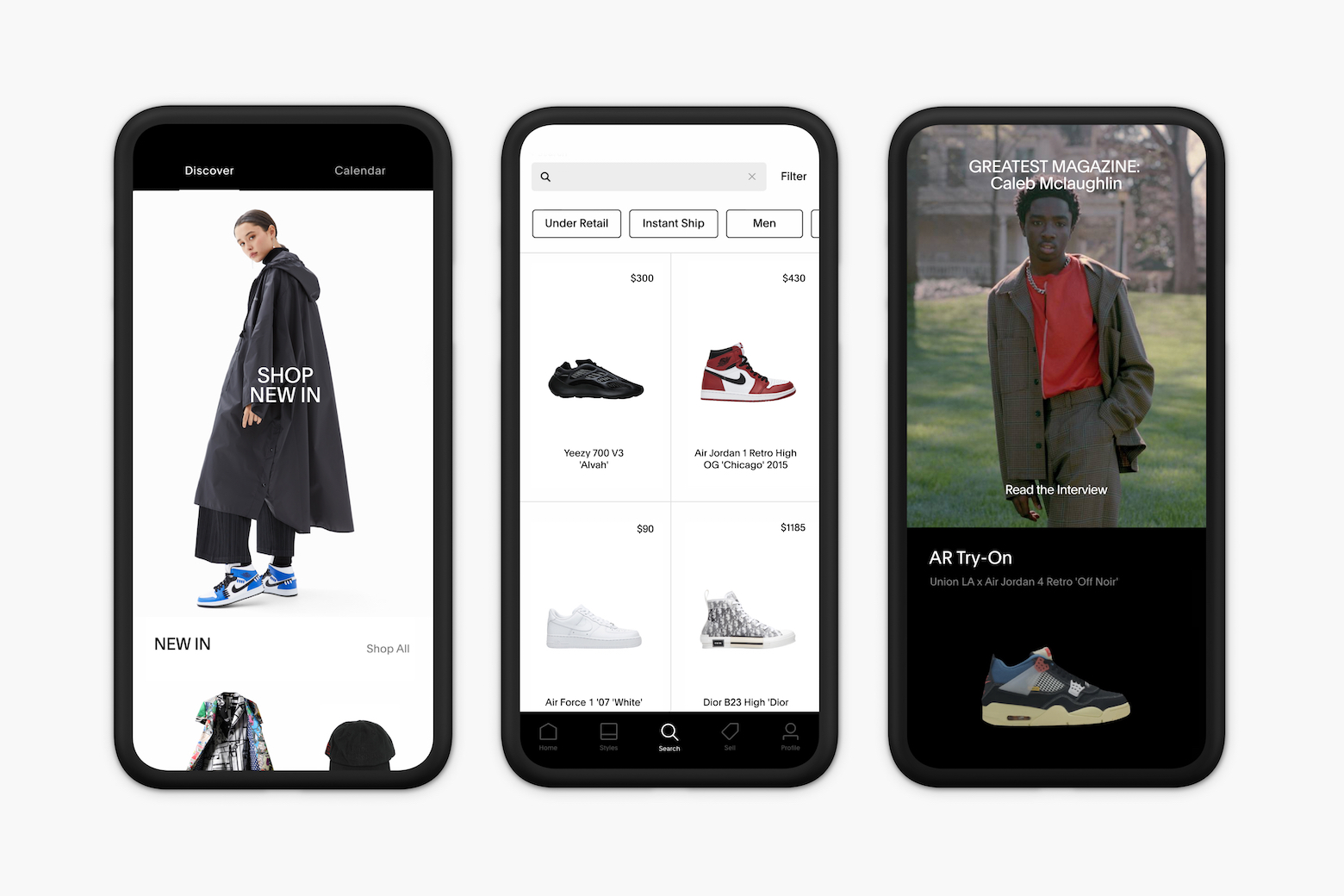 “GOAT’s growth is accelerating across every channel and category due to the powerful global technology platform we have developed and the premier customer experience we deliver, which resonates with younger consumers around the world,” Lu said in a statement. “GOAT is creating a leading, highly differentiated luxury and lifestyle brand that is uniquely positioned at the intersection of the primary and resale markets, enabling us to increase our share of a large and expanding total addressable market in our core sneakers business and newer verticals.”

Earlier in June, GOAT launched its third iteration of #GOATDIY, a global contest where the marketplace invited fans to customize their sneakers for a chance to win $1,000 in GOAT Credit. Within the event, the contestant must create a customized sneaker using the materials of their choice, follow @GOAT on Instagram, post their DIY sneakers and tag #GOATDIY in the caption. The contest began on June 14 and will run until June 27.

The GOAT funding comes as another sneaker-driven business capitalizes on the category’s popularity. SoleSavy, a community-based sneaker startup, announced earlier this week that it raised $12.5 million in Series A funding led by Bedrock Capital.

This round was secured less than six months after an initial seed round of $2 million, bringing total funding to date to $14.5 million.

Founded by Dejan Pralica and Justin Dusanj in 2018, SoleSavy’s mission is to tackle the biggest problems plaguing the footwear industry by leveraging the passion of the sneakerhead community. Established on the notion of “community and connection above all,” SoleSavy is a group of communities currently hosted in digital cohorts. Through these channels, SoleSavy prepares its members with information, direct purchase links and time-sensitive alerts on key sneaker releases.

The sneaker culture has shifted dramatically in recent years from one of “passion, community and joyful pursuit to an often-glamorized resale market,” the company said. SoleSavy noted that the resale market’s rise has left the industry plagued by issues that can negatively impact the consumer including bots, fraud, market manipulation and additional unfair practices.

With this funding, SoleSavy plans to invest in technology and services needed to bring people and passion back to the forefront of the sneaker industry, the company says. In particular, SoleSavy will expand its offerings this fall to include a peer-to-peer member marketplace that will change how members interact and purchase sneakers. By building on principles of trust, transparency and fun, this social-first marketplace prioritizes people and their collections as the driving force of exchanges.

Additionally, SoleSavy’s footprint will expand beyond North America to markets including the U.K., Australia, New Zealand, Singapore, Japan, Mexico and Europe. The company will also continue to invest in community-led content and experiences including the SoleSavy podcast network, editorial features, original video and unique member events.

Since its launch, the company has maintained a 90 percent daily active user rate. SoleSavy has also experienced a threefold increase in membership and a revenue increase of 200 percent following the initial seed round in December 2020.