To those who follow athletic endorsements, basketball or even just sneakers, Kawhi Leonard’s signing of a monster endorsement contract with New Balance in November 2018 felt like a seismic shift in the performance sneaker industry.

Over the past few decades, the NBA status quo saw most of the league’s top talent sign with Nike’s Jordan brand, or Adidas if the fit didn’t seem right. Recently, superstar athletes have been drawn to other brands, as evidenced by Stephen Curry’s high-profile deal with Under Armour—but most of the league’s high-level endorsement deals still went to entrenched prestige performance brands.

So, when NBA champion, Finals MVP and current Toronto Raptors superstar Kawhi Leonard ditched Nike and signed with New Balance, the deal upended the basketball sneaker landscape and the shoe brand found itself with a chance to do something it had never done before.

“In a space currently dominated by Nike and the Jordan brand, New Balance is also looking to make a name for themselves in the category,” Krista Corrigan, a retail analyst for Edited, told Sourcing Journal. “They are in an ideal position as their brand is now represented on the feet of an NBA superstar, and on the sport’s biggest stage no less.”

Of course, Corrigan is speaking of Leonard’s place as the leader of the Toronto Raptors, one of the two teams battling it out for an NBA championship over the past week. In fact, his performance in the NBA playoffs this year has been widely acclaimed—punctuated by a legendary buzzer-beating shot in the elimination game of Eastern Conference Finals, the first in the history of the NBA.

As with all athletic endorsements, it would have been impossible for New Balance to be sure its investment with Leonard would pay off when it signed the deal. Injury and age come for every superstar, no matter how talented. But, so far, it looks like the Boston-based footwear brand may have hit the athletic endorsement lottery.

The deal with Leonard may have been part of New Balance’s plans to shift toward smaller, and more profitable, performance assortments, explained Corrigan. As the brand upped the ante in terms of cultural relevance, it shrank its performance footwear portfolio to the heavy-hitters, a strategy that has worked well for many brands in recent months.

“While we are unable to speak to sales volume, the trend in basketball footwear stocked from brands across the market paints a clear picture.  Following a period of oversaturation this time last year, sporting goods and sportswear retailers alike are right-sizing their assortments to levels reminiscent of two years ago,” Corrigan said. “In the mass market, the number of basketball footwear options is down 36 percent compared to this time last year. As a result, the average full price demanded for a pair of shoes is up from $93.84 last year to $95.49 currently.”

Typically, in the NBA, it’s not enough to for a superstar to just play well. The most popular athletes in the NBA, for instance, often have lively social media followings and create their own personal brands. Leonard’s peers, like Lebron James as well as Curry, are natural performers in every sense of the word—whereas Leonard has often been accused of being eccentric, quiet and reserved.

However, New Balance has taken advantage of his antithetical persona at every turn, capitalizing on Leonard’s demure facade with a collection of minimalist “Fun Guy.” t-shirts. Seemingly in on the joke, Leonard’s personality seems to be perfectly represented by the non-traditional approach New Balance has taken.

It’s certainly worth asking if another brand would have been able to capitalize on his essence in quite the same way. 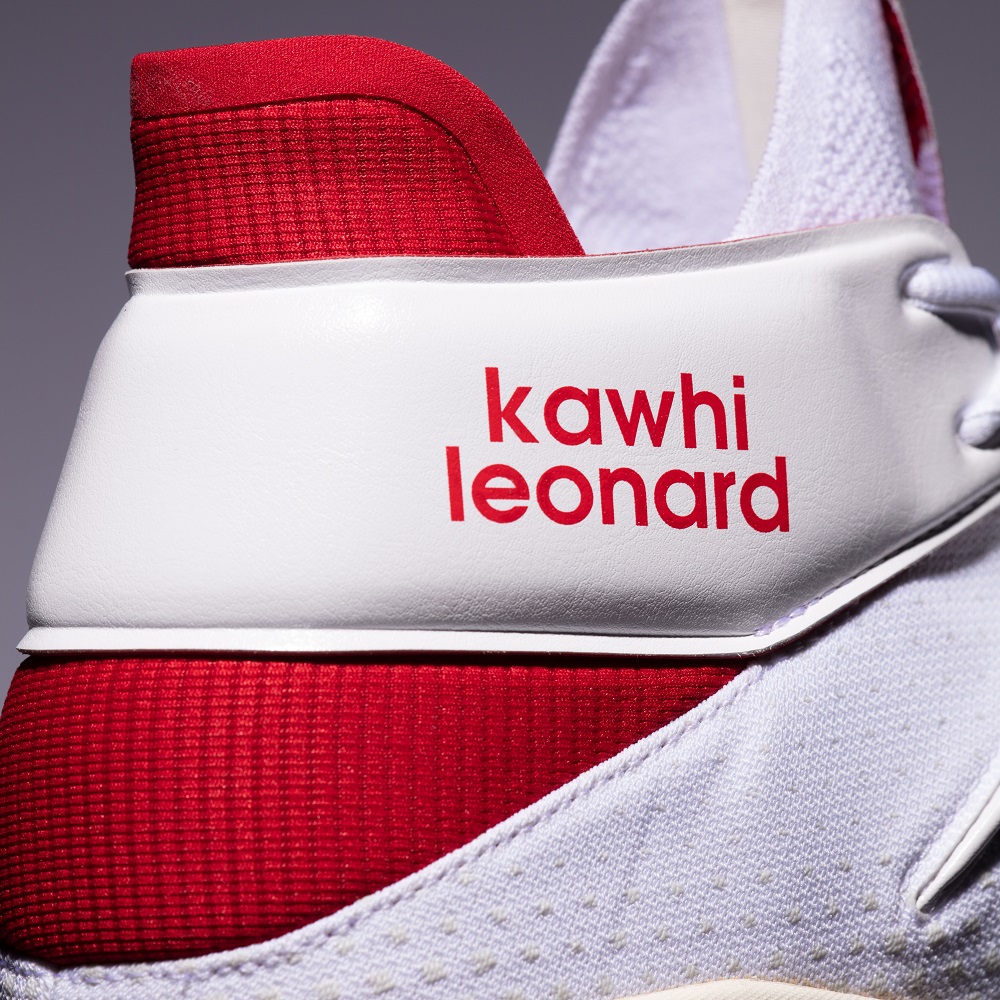 “The phenomenon of the signature basketball shoe has been adopted by a multitude of sportswear brands,” Corrigan added. “Athletes are now looked to as celebrities and fashion influencers, and as they become more accessible via social media, our interest in them grows. Partnering with Kawhi Leonard on a signature shoe is a great point of entry for New Balance into the basketball footwear space as it draws from credibility he has already established as a player.”

In fact, Kawhi’s first signature shoe, the OMN1S, debuted the same day that Leonard hit his famous buzzer-beater earlier in the NBA playoffs. It almost immediately sold out.

Still, Corrigan explained, the likelihood that New Balance could ever exceed Nike’s influence in the basketball space is decidedly very low.

“New Balance’s decision to enter into the basketball space will undoubtedly be an uphill battle,” Corrigan concluded. “However, because the category is so dominated by Nike, a white space does exist for other brands to move in and make their mark. The other biggest players, Adidas and Under Armour, have superstar-caliber athletes. However, both struggle to compete with the portfolio of players in Nike’s arsenal.”