Grammy-winner Macy Gray has teamed up with a French footwear firm to release a limited-edition series of sneakers in support of families who have lost loved ones to police violence.

The collection consists of four styles, each co-designed by the “I Try” singer. For each pair sold, Twins for Peace plans to donate a percentage of the proceeds to the hitmaker’s nonprofit My Good.

Twins for Peace has worked with numerous nongovernmental organizations since its founding in 2009, including in Colombia, Cameroon, Mozambique, India, Haiti and Senegal. The collaboration with My Good marks its first initiative focused on the United States.

“As a Black man and a father of a Black son, the issue of police violence strikes a personal chord with me and I am proud that through Twins for Peace, we can partner with Macy Gray and the wonderful people at My Good to impact this great cause through financial support and sustainable footwear,” Nana Baffour, executive chairman of Twins for Peace, said in a statement.

Twins for Peace’s shoe soles are made with 50 percent natural rubber and 50 percent recycled rubber. 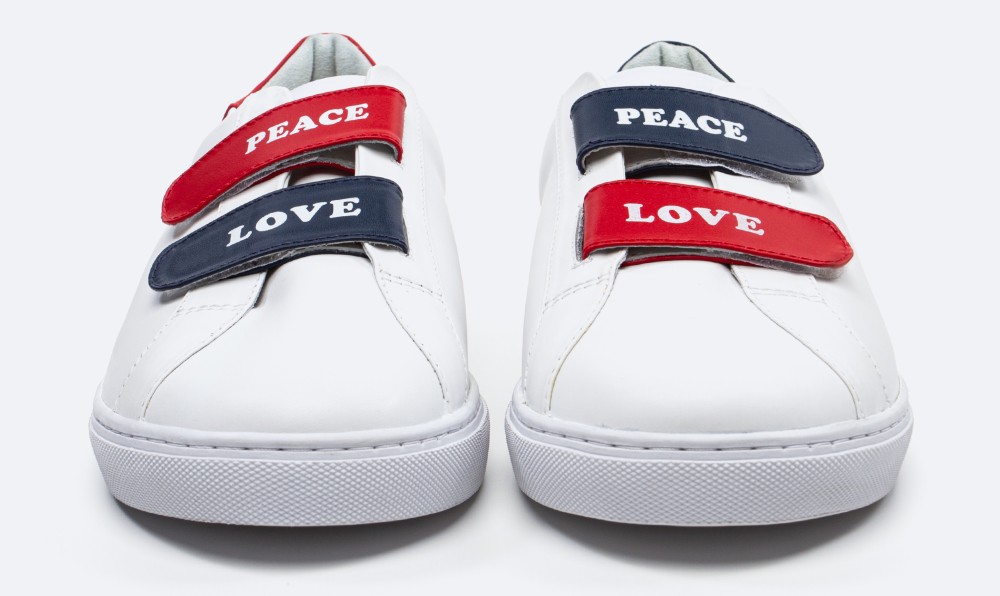 Gray, a lifelong fan of sneakers, described My Good’s partnership with Twins for Peace as a “no-brainer.”

“This collaboration is an effort that will benefit families in need, as well as draw attention to the incredible work Twins for Peace does worldwide,” Gray said in a statement. “While on the road and even during this past year where comfort is key, sneakers have been a staple in my wardrobe and it was an honor to be able to help design this collection that is not only fashion-forward, but gives back in such a humanitarian way.”

Gray founded My Good in July 2020 with Charyn Harris and Grace Blake, two other music industry veterans. The organization was created to support families who have lost an immediate member due to police brutality, including through emotional, educational and financial support.

Gray is far from the only musician getting involved with the fashion world. Former Eurythmics singer-songwriter Annie Lennox’s nonprofit The Circle published a new report last month proposing legislation that would end the “injustice of poverty wages” suffered by millions of mostly female garment workers around the world.

The proposed European Union legislation would encourage a gradual increase of statutory minimum wages in garment-producing countries to “no less than that necessary to sustain a basic decent life” within three years. According to the report’s author, Jessica Simor, most garment-producing countries set minimum wages at less than 50 percent of what is necessary to meet subsistence levels.