Socks. They keep our feet cool and dry in summer. They protect us from the harsh temperatures in winter. They do so much for our feet, yet they rarely ever get the respect they deserve, derided as mere “basics”. While the humble sock’s basic concept has remain unchanged for centuries, one company that’s making a lot of noise in the hosiery category is Keysocks, who in 2012 introduced the first no-show knee-high socks on the market.

With flats more popular than ever, women are increasingly seeking out no-show style socks that don’t clash with their footwear. Keysocks founder Shelby Mckee was one of these women. On a chilly October day in 2009, Mckee was going to a Bengals football game and wanted to wear a cute pair of open-toed flats. Thinking of how she could wear them and keep warm at the same time, Mckee cut up a pair of her husband’s dress socks and fashioned them into what would eventually become Keysocks – a knee-high sock that doesn’t show, keeps the foot comfy, and which doesn’t slip off the foot like traditional rubber-grip no-shows.

“When she went to the game it was comfortable, and when people saw it they said, ‘Wow that’s kind of interesting, I kind of like that’ and so she came home and did some research and found that there was nothing on the market like it,” said Christopher McIntire, managing partner of Keysocks. “It took about a year and a half to come up with the first prototype that actually worked. Because it was a new product it was really difficult to find out where to cut the hole.”

The first Keysocks launched in August of 2012 and were an immediate hit, selling approximately 50,000 pairs in the first month alone. To date, Keysocks has grown 100% year-over-year for each year it’s been in business, and sales doubled between 2014 and 2015.

It helps that Keysocks, as McIntire put it, has been a bit of a “media darling”, appearing everywhere from the Today Show to Good Morning America, from Buzzfeed to People Magazine. 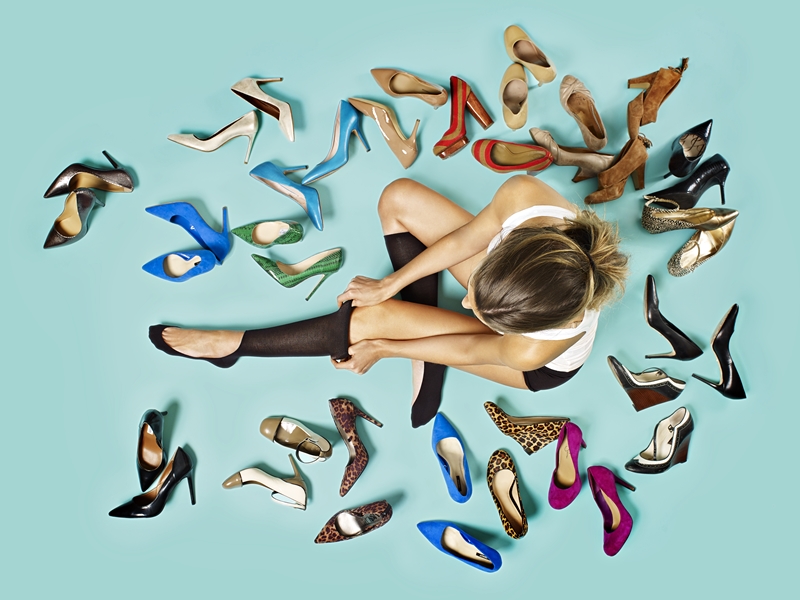 “It’s kind of been an endless stream and we’ve been very fortunate. We don’t have a PR agent or any in-house media, so we’ve just been able to organically generate all this press through word-of-mouth,” said McIntire. “Most recently we were featured on QVC on the first of this year and we were selling out, which was surprising because it was a 6 a.m. airing.”

The success of Keysocks is a quintessential example of a smaller company succeeding outside of traditional retail, relying largely on online word-of-mouth and smaller specialty shops. For 2016 though, McIntire says the focus is to get the socks into brick-and-mortar.

Hoping to attract higher-end consumers while still satisfying the demands of older customers, Keysocks is working on several innovations to be unveiled this year. At the upcoming FNPlatform show, for instance, Keysocks will introduce a new shorter sock style, as well as new materials that have been requested by customers, including a polyester-nylon blend.

“We’ve had such tremendous feedback from that first launch that we’ve tried to remain relatively similar in terms of the cut. Right now, we’ve got designers that are focused on making the cut a little more aggressive for some of the higher-end fashion,” said McIntire.

Shorter cuts and lighter materials are also intended to help Keysocks, which has been a huge success in cold-weather markets like Chicago and NYC, become a year-round brand and make inroads in warmer climates.

“It’s not going to be an everyday sock, but certainly in the fall and winter women want to expand their wardrobe to wear those heels – that’s the type of environment we really do well in. But we also have a lot of sales in places like San Diego, which really surprised us, and it’s because a lot of those women have cold offices, and Keysocks provide warmth in summer so they’re not freezing.”

But Keysocks isn’t stopping there. The company is also mulling over the debut of a men’s line for Fall ’16 (which may or may not be branded as a separate entity from the Keysocks brand), as well as socks with patterns and colors – perhaps a bit of a surprise from a company that makes socks that aren’t supposed to show.

“Because we’re a no-show we’ve stayed away from colors and patterns, but this year we’re going to be introducing some new colors. We’re going to be featuring the two Pantone colors of the year (Rose Quartz and Serenity) in the next few weeks, and we’re starting to get into more funky patterns,” said McIntire. “It’s sort of like bras – even though you don’t see them, people still like wearing bras with different patterns and colors.”

Though Keysocks has grown quickly, McIntire says the company has sometimes faced confused looks from buyers, who don’t know what to make of the sock. Those who have tried it though, he says, have all been pleasantly surprised.

“There aren’t a lot of innovations that happen in the hosiery business. We’ve found that it’s been a real learning curve for buyers to take the chance and try the product, just like QVC did. QVC saw the product and loved it. They were a little apprehensive about showing it, but once they put it on air we sold out and completely surpassed their wildest expectations.”

But with fantastic word-of-mouth and excellent online reviews, it seems likely that consumers will soon be able to pick up a pair of Keysocks at a store near them.

“It’s just getting that initial step and really pushing the product forward. Once people try the product they absolutely love it,” said McIntire. “We get more feedback about a sock than anyone could possibly imagine.”