Merrell is encouraging its Atlanta-area fans to embark on a mobile scavenger hunt that mixes GPS technology and photo and video sharing with an element of trivia.

Anyone in the Atlanta area can download the Eventzee app and enter the join code “stepfurther” to participate in the location-based scavenger hunt. Players can generate points by sharing their favorite Merrell gear and landmarks in the city via photo or video, and ongoing text and quiz challenges will test their knowledge on local wildlife. 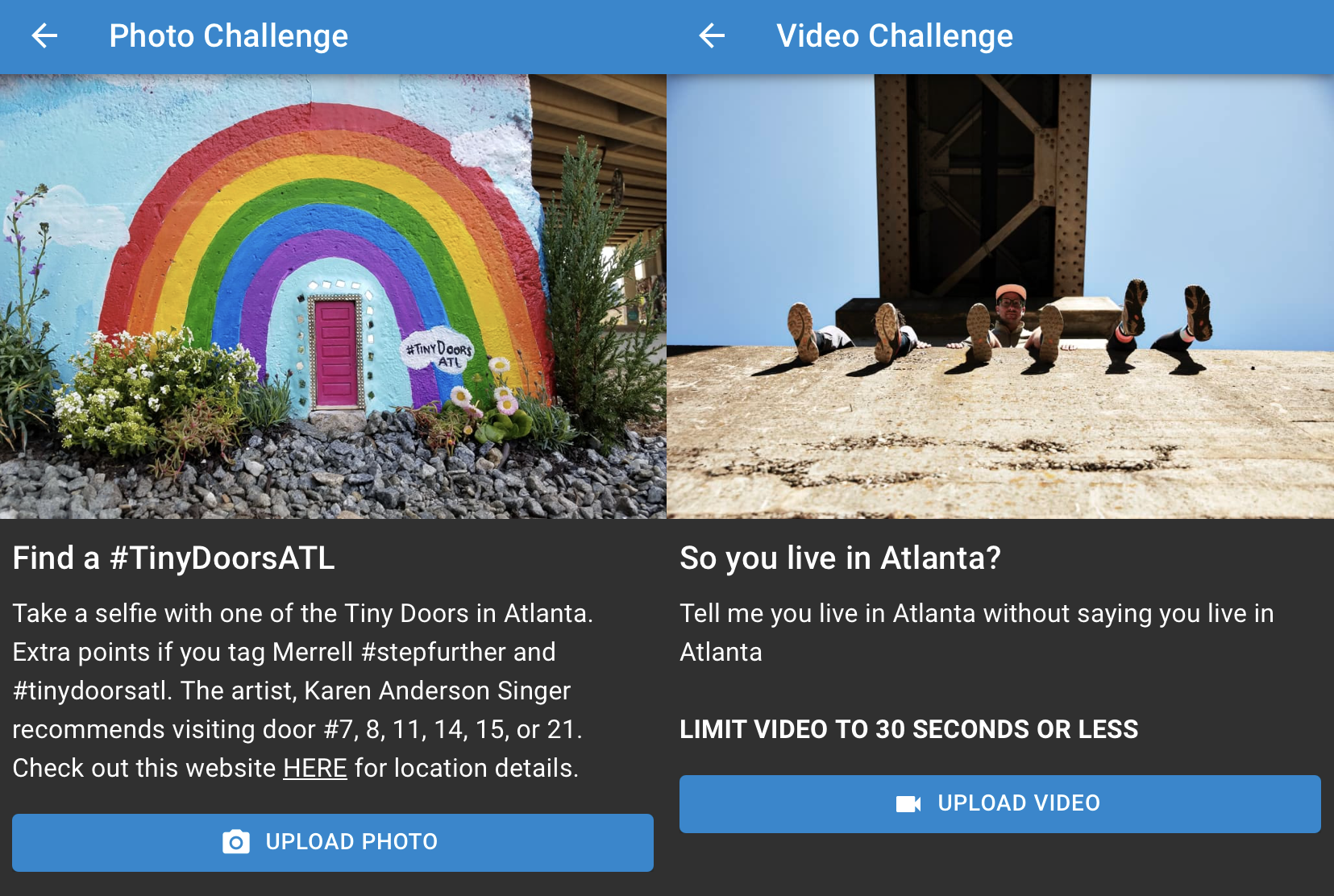 The event will run through April 30, allowing players nearly a full month to complete all the challenges.

The theme of the event is “Get Outside.” Some challenges will prompt players to visit specific locations, such as Merrell stores and other local businesses. Other challenges will leave the destination up to the players. The goal is to have players taking in fresh air, for both physical and mental health.

“Curing a bad case of cabin fever is what we do best,” said Lindsey Jones, field marketing specialist at Merrell. “This event will help our community regain the spirit of adventure.”

Eventzee says that businesses can use its app to drive traffic to specific locations, promote vendors or products and increase social interactions.

The scavenger hunt also coincides with the upcoming launch of Merrell’s own mobile app, which was said to debut “later this spring” in a February earnings call but does not have an official launch date yet. Merrell will be the first of Wolverine Worldwide’s brands to have its own mobile app, as the footwear giant pursues its target of $500 million in direct-to-consumer revenue in 2021.

“We are investing in digital leadership, shifting the majority of our marketing investments to digital, developing enhanced content and optimizing our digital user experiences to increase conversion,” Wolverine Worldwide president Brandon Hoffman said during the call.

Digital initiatives are starting to already pay off for the brand known for its Moab hiking boot, with e-commerce sales jumping 60 percent in the fourth quarter, thanks to 70 percent growth in new online customers. Merrell saw low-single digit sales declines during the period, largely due to right-sizing from some of the company’s international wholesalers. But in North America, the brand saw high-single digit growth.

For the first quarter, Merrell is expected to rebound with 20 percent sales growth and even “stronger growth expected in Q2 and beyond.” The brand’s e-commerce business is the largest across Wolverine, and is anticipated to contribute the most online dollar growth throughout 2021.

The brand’s move to create a fun, interactive social experience aligns with its own “Future 40” campaign to celebrate its 40th year in business this year. As part of the campaign, the brand wants to “build an inclusive and sustainable outside environment for future generations to enjoy,” entering partnerships with organizations including Big Brothers Big Sisters and the National Recreation and Park Association, as well as its community partnerships with Unlikely Hikers, the Outdoor Journal Tour and its brand advocates.

Merrell is also partnering with Vice to recognize its “Future 40 Under 40,” which will honor 40 change makers under 40 years old who embody the campaign’s values.

Additionally, Merrell is releasing a Corporate Social Responsibility Report to share how the brand is becoming a vehicle to champion sustainability and elevate diversity, equity and inclusion both within its team and across the broader outdoor footwear industry.