A Philadelphia-area sportswear company has taken Nike to trial and won.

In its complaint, Lontex claimed Nike “pervasively and intentionally” launched products using the phrase “cool compression” across its various divisions. In doing so, it said, Nike was “at the least” “reckless and careless in its evaluation of the likelihood of confusion resulting from its infringing use of ‘Cool Compression’ line of products.”

The Pennsylvania sportswear company said it sent Nike a demand letter identifying the infringement, to which it responded saying it would cease use. Despite this, Lontex said Nike’s catalogues and sales through intermediaries continued to use the “cool compression” term. Lontex estimated Nike made “well over $40 million” in estimated profits off its Cool Compression products.

The jury’s official verdict remains sealed, so it is unclear how much Nike will ultimately be forced to pay out. Nike did not respond to a request for comment.

Giannis Antetokounmpo of the 2021 NBA championship-winning Milwaukee Bucks has teamed up with toy titan Mattel for a collection he says has “something for every Nike, Uno and basketball fan.”

Unveiled Wednesday, the first-ever collaboration between Uno and Nike will include multiple unique footwear styles, a special-edition apparel capsule and a unique “Giannis-branded” Uno deck. The footwear and apparel capsule will be sold on Nike’s website “in the coming months,” Mattel said.

“I want every product to be genuine and authentic, and playing Uno with my brothers is a big part of our lives,” said in a statement. 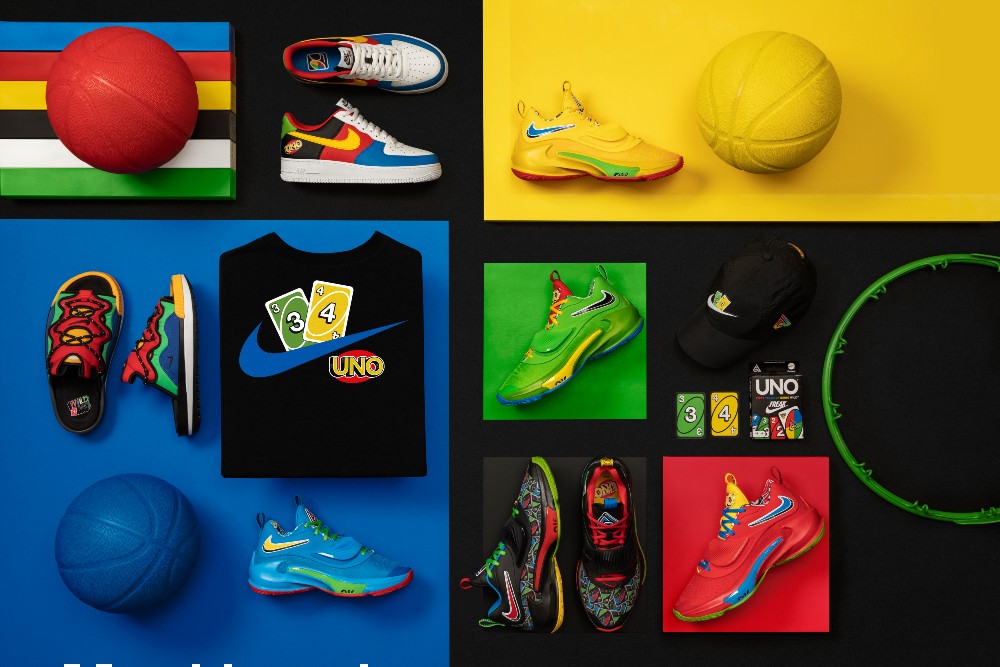 The color-soaked footwear line will include Antetokounmpo’s signature Zoom Freak 3 sneaker, as well as a specially designed Air Force 1 and Offline slide. The Zoom Freak 3 will come in red, blue, green, red and black colorways. Apparel options will include a cotton T-shirt and a hat.

The specially designed deck will hit the Uno! mobile app Monday as part of a month-long Uno x Giannis in-app event. With the cards, players can use a new “force a turnover” rule and decorate their profiles with themed rewards. Starting Nov. 11 a physical version of the deck will be sold on Mattel Creations and NTWRK, the live video commerce platform that raised $50 million last month.