People for the Ethical Treatment of Animals (PETA), which has long campaigned for fashion companies to eliminate leather from their supply chains, put its own spin on the tradition.

PETA announced Wednesday it would be shipping the couple matching pairs of Adidas’ leather-free Stan Smith sneakers so they could celebrate the occasion “without the cruelty.”

“We know how much you care about animals and the environment—unlike the leather industry, which kills over 1 billion animals every year and whose end product is ranked the most polluting material in fashion,” PETA’s president, Ingrid Newkirk, wrote in an accompanying letter. “We therefore sought to mark your special day in a modern, eco-conscious, and animal-friendly way …. We hope you love the gift and that the shoes will inspire you to continue to embrace vegan fashion.” 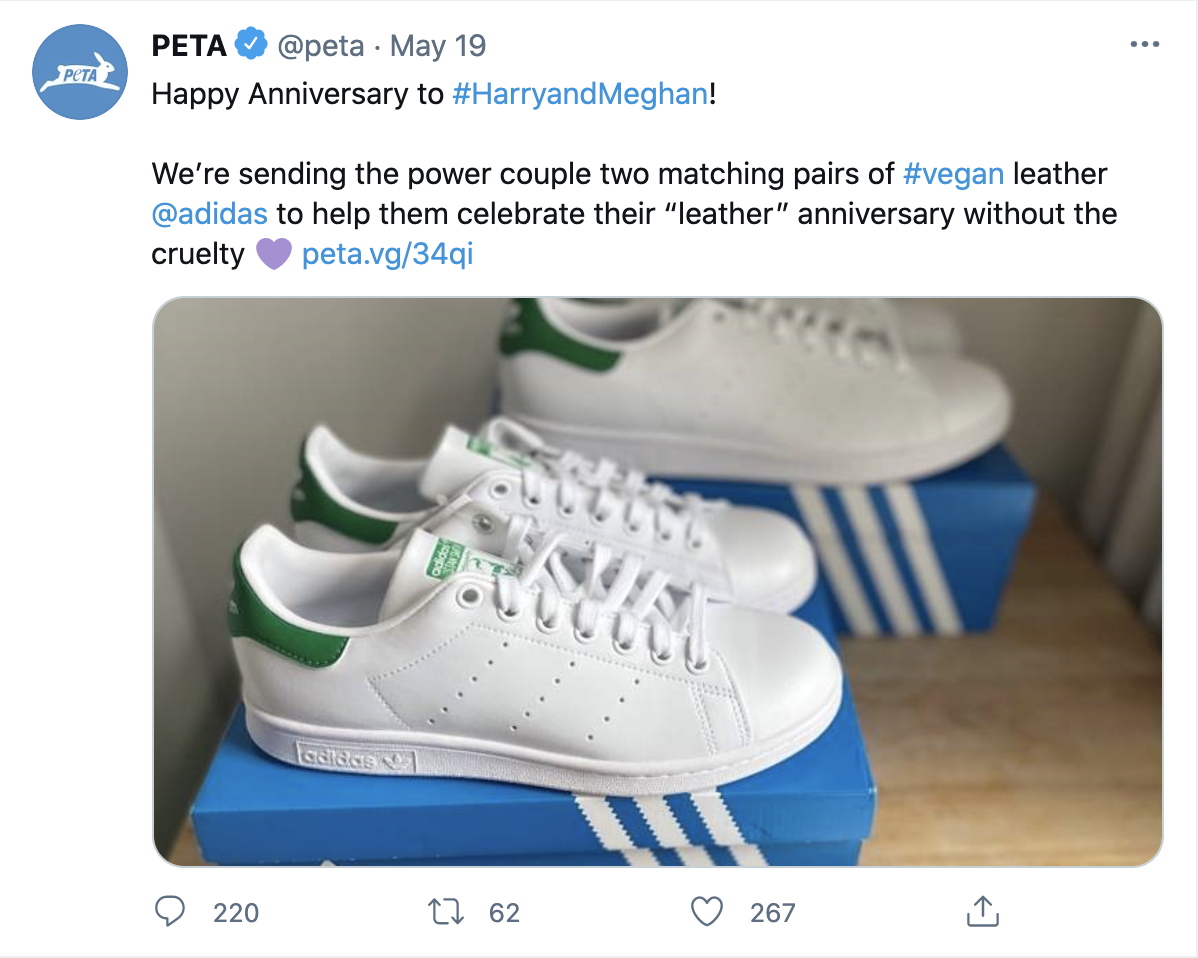 Observers have long noticed the Duchess of Sussex’s penchant for sustainable brands, including styles from vegan footwear brand Veja and Reformation, the Los Angeles-based brand that upcycles deadstock fabric. Coincidentally, one of her go-to designers, Stella McCartney, was responsible for the original animal-free Stan Smith. Released in 2018, the sneaker comprised polyurethane-based vegan leather—essentially plastic—and non-animal-based glues.

PETA’s gift will arrive more than four months after Adidas announced “the beginning of a new journey” for its classic Stan Smith sneaker. From then onwards, the brand said, the longstanding sneaker would become “an experimental canvas in [its] journey to help end plastic waste.”

The company kicked off this new initiative, dubbed “Stan Smith, Forever,” with three styles, each of which replaced the tennis shoe’s classic leather upper with Primegreen, a material the brand introduced last year made from “high-performance recycled materials.” According to Adidas, 50 percent of the new Stan Smith’s upper is recycled content. The outsole, too, is made from rubber waste. 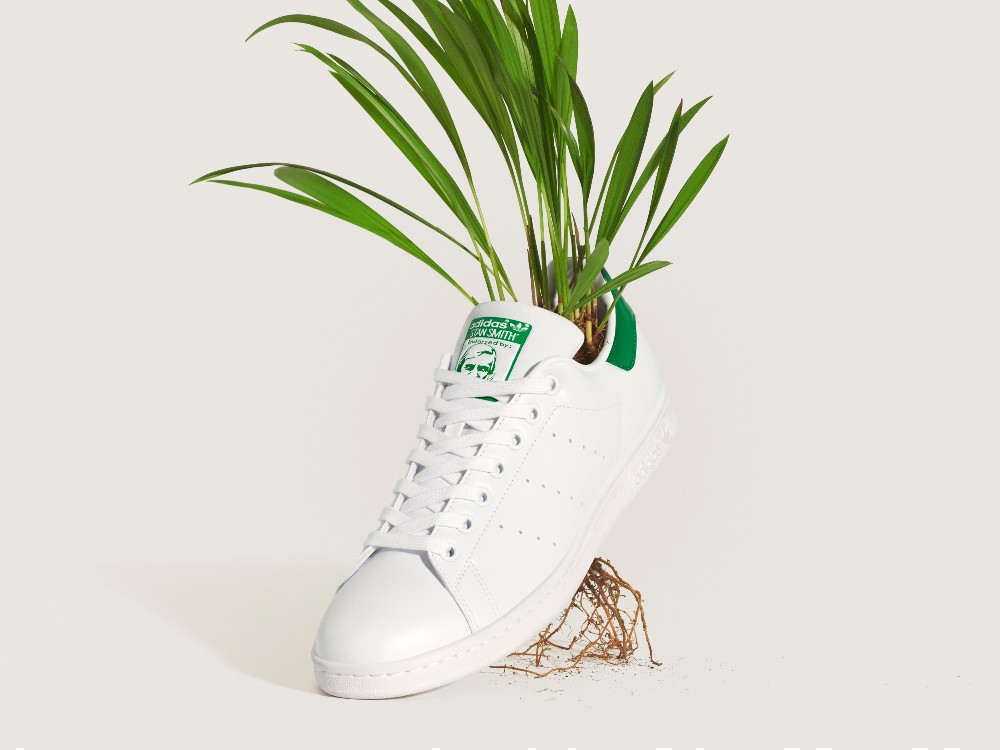 Though PETA sent the prince and duchess the simplest of the new Stan Smith designs—a plain white upper with a standard green heel tab—Adidas has since unveiled a multitude of alternate looks, including nine designed after classic Disney characters. Introduced in April, the colorful collection features shoes inspired by Kermit the Frog, Marvel’s Hulk and Groot, Rex from “Toy Story,” and—as of May 4—Star Wars’ beloved Yoda.

Adidas’ experimentation with material innovation doesn’t end there. In April, the German brand unveiled the Stan Smith Mylo. The shoe marked the first product to emerge from its partnership with Bolt Threads, a San Francisco startup that cultivates its animal-free hide using mycelium, the branching root network that sprouts mushrooms. The sneaker will not be on store shelves, but it will pave the way, the company promised, for a commercially available proof of concept “in the near future.”