Puma, one of several brands targeted by a campaign to end the use of kangaroo leather in footwear, introduced a vegan alternative to one of its k-leather silhouettes Friday.

The football boot also integrates the brand’s KingForm technology, a rib structure that fuses to the upper in “key contact areas” to deliver “superior touch and increased responsiveness,” Puma said. A lightweight PEBA soleplate, it added, provides traction and support for dynamic movements without the use of animal-based adhesives. Other features include multi-directional conical studs and a molded sock liner with anti-slip properties. 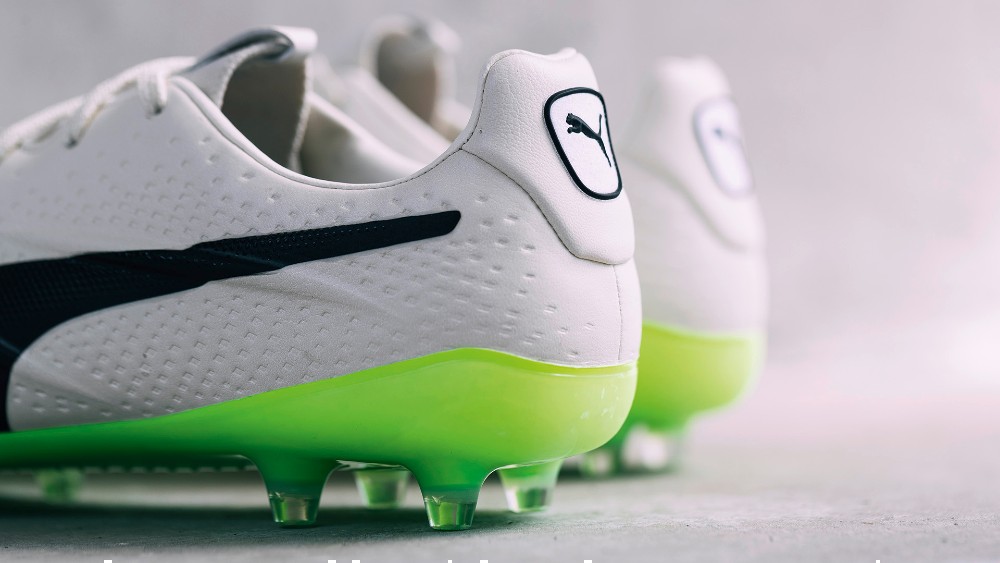 “We will continue to use vegan materials in future products as we aim to offer an alternative to traditional leather products,” Florian Nemetz, senior product line manager teamsport footwear, said in a statement. “The boot maintains all the key benefits and performance properties of the King, but utilizes a special new vegan upper material, which provides fantastic touch properties, comfort and class synonymous with the Puma King.”

The King Platinum 21 Vegan debuted Friday on Puma’s website and at Puma stores and select retailers worldwide. It is available in three colorways: Ivory Glow, Green Glare and Puma Black.

Last year, U.S. Representatives Salud Carbajal (D-Calif.) and Brian Fitzpatrick (R-Penn.) introduced the Kangaroo Protection Act. The bipartisan bill sought to curtail the market for the iconic marsupial’s body parts, especially when brands could easily substitute viable material alternatives without sacrificing performance. Major footwear companies like Nike, Adidas, Puma and New Balance have all been known to use kangaroo leather to craft some of their soccer cleats.

“As a signatory of the Fashion Pact and within the framework of its overall sustainability program, Puma is committed to the preservation and promotion of biodiversity, which includes the population of kangaroos,” the company said last winter, noting that its suppliers are bound by rules stipulating the animals’ humane treatment.

At the time, Puma said kangaroo leather featured in 0.5 percent of its total leather consumption. In March 2021, a month after Reps. Carbajal and Fitzpatrick introduced the Kangaroo Protection Act, Puma released gold-plated premium editions of its King Platinum that featured k-leather. In August of last year, it released the King Platinum 21. The $200 soccer cleats are currently available on Puma’s site and feature kangaroo leather.