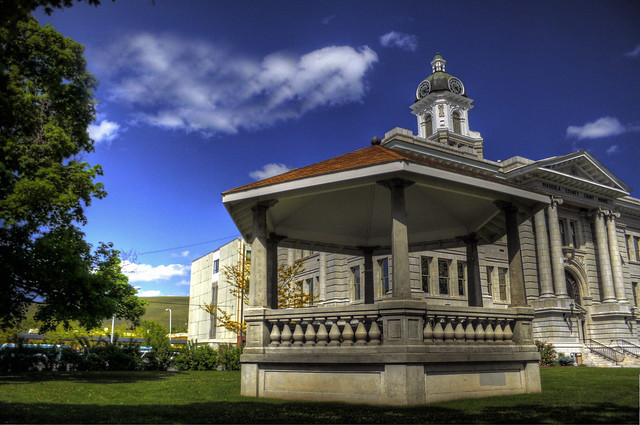 Famous for its 3D-knitted flats, sneakers and accessories made from recycled plastics, Rothy’s is introducing a new, natural fiber to its lineup. Hemp is the brand’s latest material addition, debuting in a women’s capsule collection featuring both footwear and handbags and closely following Allbirds’ hemp-infused summer drop.

While hemp boasts a handful of environmental advantages over other fibers, natural and otherwise, Rothy’s design team was eager to introduce a material with different “aesthetic and structural properties” to its repertoire, van Gendt said. The naturally antimicrobial fiber offers odor-minimizing properties. “It’s also UV-resistant, so we thought it was a great add to accessories for summer when people tend to be outside more,” she added.

Rothy’s first hemp collection launched in late June, featuring two slide sandal styles, a low-top lace-up sneaker, a bucket handbag and a belt bag, retailing for $115-$255. The styles feature cream and black motifs, with stripes adorning the bags, and more intricate patterning across the shoes. Like the brand’s other products, the hemp collection is fully machine washable. 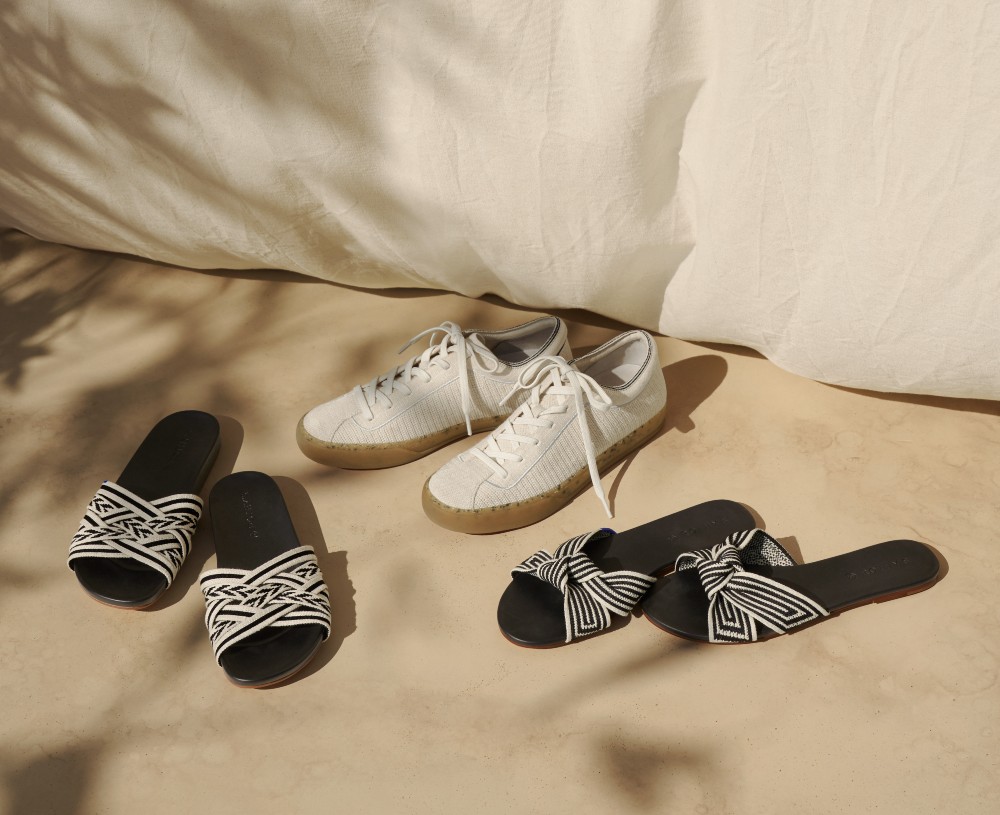 While known for its strength, traditional hemp can also be coarse, van Gendt said, and the company’s production partners have taken care to ensure that the texture of the new material is “much more refined and elevated.” The hemp is processed in a manner that prioritizes the creation of elongated fibers, adding to the material’s supple hand feel.

In order to maintain the structure and flexibility that define its popular footwear styles, Rothy’s has engineered a yarn that blends its widely used RPET with hemp, along with a portion of organic cotton. About 50 percent of the blend is made with recycled plastic, van Gendt said, while the other half of the amalgamation is made using the two natural fibers. “The trio creates a really versatile and durable product,” she said.

“They tried different iterations of thread mixtures and landed on this blend, which works well with the [3D knitting] machinery and also has all of the qualities we wanted,” she said.

Rothy’s, which produces its footwear and handbag styles in China, is working with hemp farmers and producers in the country in the interest of tightening its supply chain around a single geographic nucleus—even as U.S. hemp production begins to ramp up following the crop’s legitimization in the 2018 Farm Bill. The legislation designated industrial hemp containing less than 0.3 percent THC—the main active ingredient in cannabis—as legal for cultivation and dissemination. Still, van Gendt said, Rothy’s strive to “keep our footprint as small as possible,” meaning that its hemp production will remain overseas.

The introduction of hemp to Rothy’s line is the culmination of years of research into regenerative farming practices, which to van Gendt “means that a crop has an added benefit versus normal agriculture which tends to deplete the soil, or use a lot of water.”

Where crops like cotton tend to be “pesticide and water intensive,” the process of growing hemp adds nutrients back into the soil, she added. “The degeneration of our soils is one of the main problems in modern agriculture, and hemp has the potential to actually make healthier, more biodiverse soils,” van Gendt said, adding that the plant can also be used to prevent erosion. She estimated that for every ton of hemp grown, 1.63 tons of CO2 are pulled from the atmosphere, giving it a “carbon sequestration benefit” as well.

The brand sought out a partner that grows hemp absent the use of pesticides, which it thrives without. “They’re also growing hemp without additional water,” van Gendt added, and relying on “just rainwater.” Ultimately, van Gendt said, regenerative practices have a net positive impact on the environment, rather than removing natural resources like nutrients and water from the surrounding ecology.

While Rothy’s has not revealed further plans to expand the hemp line, van Gendt hopes the summer debut is first step toward a broader product offering. The six-year-old company expanded its range earlier this spring with a men’s collection including sneakers and driving loafers.

“Hemp has so much versatility as a material,” she added. “Now that we understand how to integrate it into our process, we’d love to continue exploring how it could be used within the portfolio.”