After six years in business and roughly a month out from Father’s Day, footwear upstart Rothy’s is making a move into men’s shoes.

On Thursday, the brand recognized for its 3D-knitted women’s flats and sneakers will launch its foray into the new category, debuting with two versatile styles made for post-pandemic easy wearing.

The moment for men’s was a long time in the making, said Lavion Gibson, director of product design at the Bay Area company.“It’s been one of our most-requested categories, and one of the most fielded questions we’ve had from our female audience in addition to men,” he said. That interest has only grown since the brand branched out from work-ready flats into waste-free sneaker styles, which have particularly piqued male shoppers’ interest.

“We’ve established a great foundation with women’s in footwear that we were able to build on last year with accessories, and really bring attention and focus to that product that resonates with female customers,” Gibson added. “And so now, it really felt like the appropriate moment that we could build upon that and extend our reach into men’s in an exciting way.” 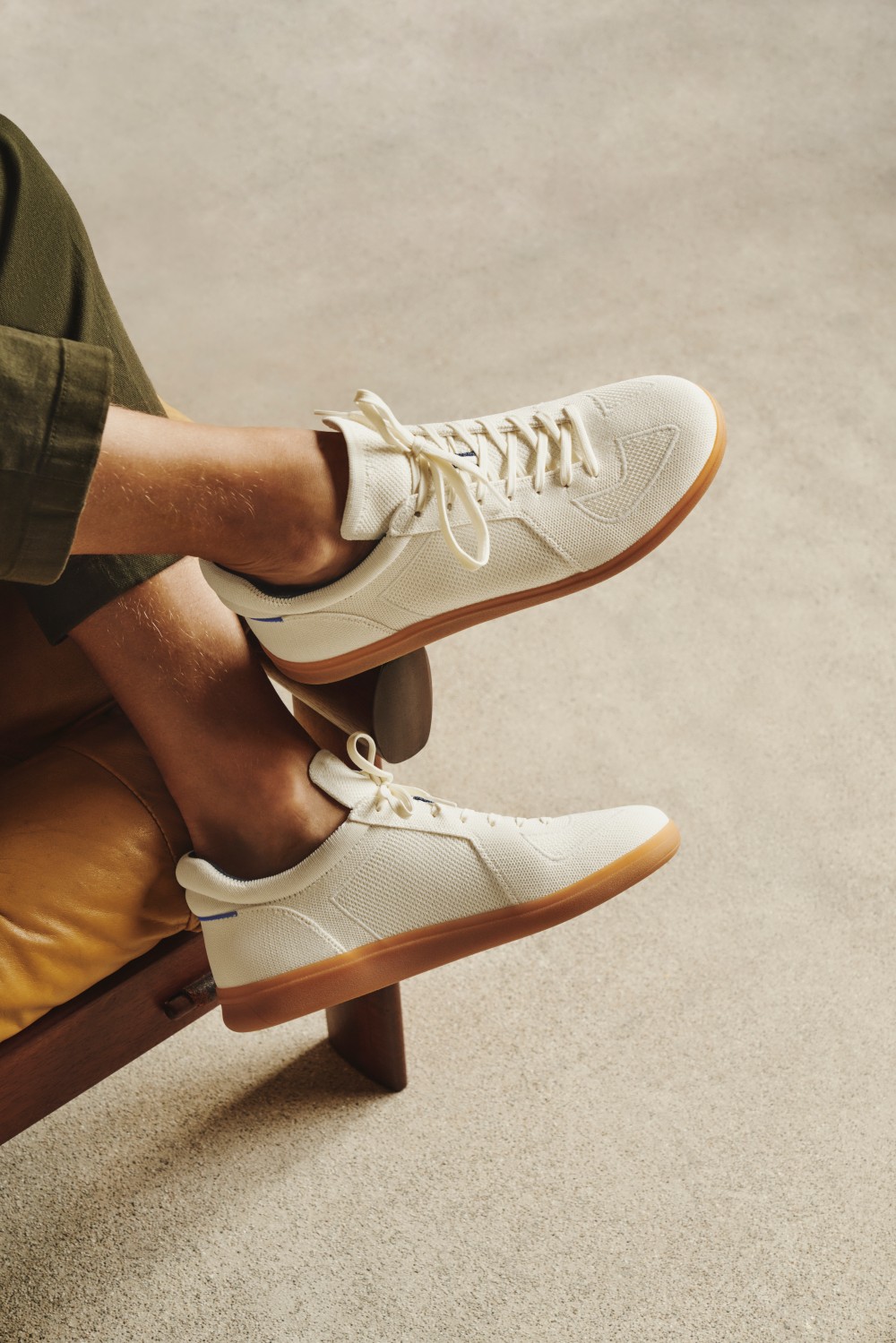 The designer said Rothy’s zeroed in on the opportunity to bring versatile, sustainable styles to the men’s market years ago, and began working on the line in earnest before the pandemic. “We began to put pen to paper and start to put some things into work during the back half of 2019,” he added. “We got one trip in to our factory in China to really start to work on the product before the world shut down.”

While the Covid crisis and its myriad supply chain disruptions pushed back the men’s launch, the Rothy’s team adjusted to remotely working with its factory, Gibson said. Bi-weekly meetings with manufacturing stakeholders have kept the project on track, paving the way for a new spring launch date.

How Stella McCartney Will 'Pioneer a New Type of Polyester'

“I think one of the fortunate aspects of our product and brand is that the things that appeal to women appeal to men, too,” he said, referencing the shoes’ sustainable attributes and Rothy’s commitment to longevity and durability. “Since the onset, we’ve been looking to bring silhouettes that have classic styling and timelessness—something that’s not for a moment, but for a lifetime.”

Using those values to guide the design process, Gibson and his product developers settled on two introductory styles. The RS01 sneaker, available in white, bone, olive and black for $175, showcases intricate paneling and seam work, as well as a padded collar and tongue with a terry-like finish on the inside, contributing to comfortable sockless wear.

“Sneakers are an incredible component of just about anyone’s wardrobe, and so we really felt that launching with one was a necessity,” Gibson said. Hoping to speak to a broad audience of footwear lovers and aficionados, the timeless aesthetic also showcases Rothy’s most recognizable aesthetic feature: knit uppers. “We wanted to take advantage of the innovation of knit, as well as exercising a simplicity and refinement in design, to really bring about beautiful details that hopefully will be appreciated by the customer in their execution,” he added.

Meanwhile, the men’s driving loafer serves as an upgrade to the traditional, nub-soled style often made from supple leather or suede. In navy, black, and two shades of camo, the $185 style was built to occupy a “front of closet” spot for men on the go, Gibson said. “We really looked at what styles the male consumer could universally wear for more formal and casual occasions, as well as for relaxing on the weekend,” he said, pointing to the sleek, low-profile silhouette. “It’s been around for quite some time, it’s got a rich history, and we saw an opportunity there to really look at how we could reinvent and rethink about a classic.”

While Rothy’s spin on the driving loafer harnesses the appeal of the brand’s signature knit, details like a welt stitch around the vamp pay homage to the heritage model. The brand also saw an opportunity to bring pattern into the mix with shades of tan-and-green camo, subtle enough to be paired as neutrals with most ensembles.

When asked whether the pandemic pause forced Rothy’s to rethink its first men’s offerings, Gibson said that the styling was serendipitously aligned with the casual, comfortable garb that most consumers still crave after months spent in lockdown. “I think it was one of those things where we were fortunate that the thought process that went in in the beginning, reflected what’s happening now,” he said. “The attention and focus we put into thinking about the two styles just so happened to universally apply no matter what was happening in the world. I think that’s what really helped us press forward.”

While it has one more men’s style slated for launch this fall, Gibson stressed that Rothy’s will take a “considered approach” to building out the line. “We’re incredibly excited about the first two styles and so we want to take the time to really let those resonate with our customer,” he said.