Shaquille O’Neal is one of the NBA’s great success stories. Not only did his physical prowess and in-the-paint domination vault him to household-name status by the mid-‘90s, but the 7-foot-1-inch New Jersey native parlayed his on-court fame into a bona fide business empire, broadcasting career and licensing bonanza.

This week, the 49-year-old legend spokesman who’s fronted for JCPenney, Taco Bell, Gold Bond, Nintendo and more offered a candid take on how his one-time five-year, $40-million Reebok contract ultimately imploded. After a woman yelled at him for “charging these babies all this money for the shoes,” the prolific dunker, who was leaving the arena at the time, told her he wasn’t responsible for setting his sneaker’s prices.

What came next ultimately set in motion a remarkable chain of events. The fan took the $2,000 O’Neal had just given her—everything he had on him at the time—and “smacked the money in my head,” he told the Nelk Boys on their “Full Send” podcast in an interview published Wednesday. “‘Why don’t you [expletive] make a shoe that’s affordable,” he quoted her as saying.

“And I thought about it, I was like, ‘you know what, she’s right.’ So that day, I cut ties with Reebok, and started my own brand,” said the former Los Angeles Lakers and Orlando Magic star, who first signed a $15 million deal with the sports giant back in 1992.

O’Neal said he told Reebok to “keep the money” it owed him and agreed to fulfill his contractual obligations to hit the hardwood sporting its sneakers. But “I’m going to be looking to do my own thing,” he recounted, insisting he “didn’t want to make it no fight.”

With Reebok in the rearview mirror, the Hall of Famer made a beeline for his “favorite store”—Walmart—and struck a deal for his newly birthed Shaq brand. The label’s affordably double-digit-priced footwear helped the duo go on to sell 400 million pairs, he claimed, elaborating on the nuanced psychology of sneaker culture. 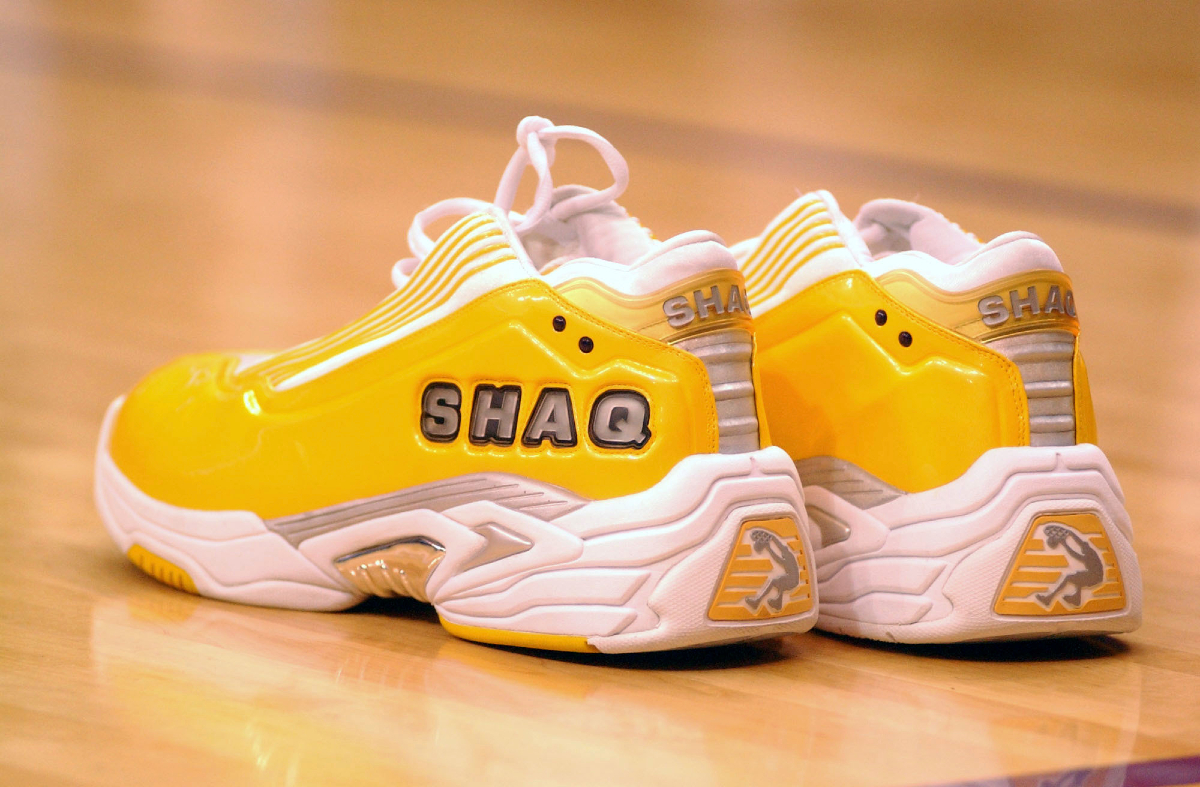 So naturally, the “Inside the NBA” studio analyst executed an all-out raid on Reebok’s design ranks. “I said, ‘y’all come with me now, and we gonna design some shoes,’” he recalled. “I don’t give a [expletive] how much money I lose—make these kids look good and feel good.”

There’s something to be said about putting the customer first, which is what O’Neal did by prioritizing design while keeping prices within reach—and plainly appraising the currency of his own name-brand value.

Shaq might not be the “best in the world but he’s not the worst, but he’s up in that top five category when it comes to, you know, bad [expletive] that play the game,” he added, “so kids can get away with wearing my stuff.”

Earlier this month, one of the multimillionare’s long-time wishes came through—sort of. O’Neal, who slammed Adidas for “dilut[ing]” Reebok “so much to where it’s almost gone,” per a 2019 CNBC interview, must be pleased that his former brand partner should soon be owned by his licensor, Authentic Brands Group. Though he voiced ambitions to take on the brand himself—“If they don’t want it, let me have it,” O’Neal reportedly said of Adidas’ Reebok ownership—he might be able to exploit his role with ABG into influence in writing the Boston brand’s next chapter.