Skechers is “going all-in” on pickleball, the racquet-based sport that has become a hobby of celebrities like Jamie Foxx, George Clooney and Leonardo DiCaprio.

The sneaker company unveiled a multi-year partnership with the US Open Pickleball Championships last week. The competition’s new “Official Footwear Sponsor” will appear onsite at the tournament in April with an expo booth where fans and athletes can try on and purchase Skechers’ new pickleball sneakers, as well as off-court styles. As sponsor, the brand will also provide footwear to all volunteer captains at the event.

“Pickleball adds another pillar to our established running, golf and performance walking business,” Michael Greenberg, president of Skechers, said in a statement. “This sport is easy to learn and great for families, so footwear featuring our advanced comfort technologies will be a perfect fit for casual and competitive athletes alike. Launching our new pickleball shoe at a marquee event like the US OPEN is sure to make an impression on the court. We’re dedicated to this sport and believe its popularity will continue to expand.”

Skechers will launch its first range of pickleball footwear at the championships, which starts April 23 in Naples, Fla. The Viper Court will provide “responsive performance in a breathable, lightweight design,” the brand said. It will feature the grip and stability of its Goodyear rubber outsole and a “shock-absorbing” Arch Fit insole for comfort and support.

Skechers Had Another 'Milestone Year' With Record Sales 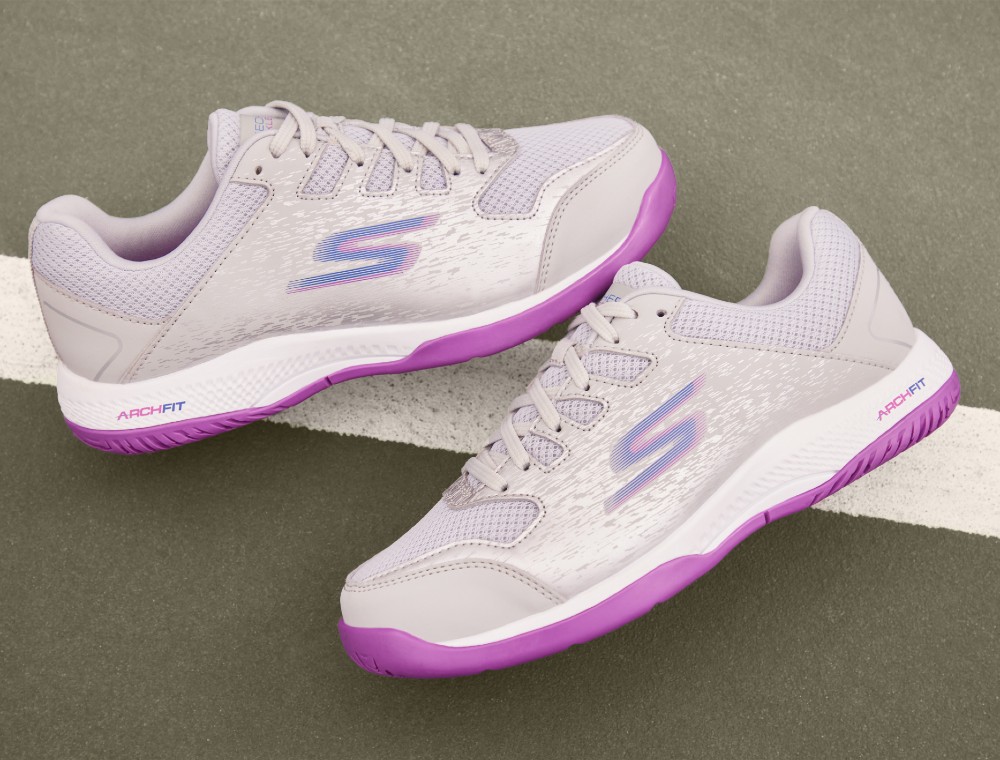 Skechers pickleball footwear will come in men’s and women’s sizing. Following its initial debut at the US Open Pickleball Championships in April, the Viper Court will arrive at select Skechers stores, select retail partners and specialty shops—as well as on Skechers’ website—in May.

“Bringing on board one of the largest footwear brands on the planet is key to our strategic plans of elevating the sport and the US Open to the next level,” Terri Graham, co-founder of the US Open Pickleball Championships, said in a statement. “As our Official Footwear Sponsor, we know that Skechers will help introduce fans of their comfortable and innovative styles to the fun, exciting and competitive world of pickleball.”

Often described as a mix between badminton, ping pong and tennis, pickleball has become one of the United States’ fastest-growing sports in recent years. According to the latest data from the Sports & Fitness Industry Association, the sport amassed 4.8 million players in the U.S. last year, up from 4.2 million in 2020 and 3.5 million in 2019. According to The NPD Group, pickleball equipment revenues soared more than 70 percent in the third quarter of last year, far outpacing the broader racquet sports category, which grew in the high teens.