Stadium Goods’ year-old streetwear label will release its second sneaker collaboration next week, this one with the tennis brand K-Swiss.

The collab will consist of two Si-18 International colorways, one to drop July 14 and the other to release in the fall. They will be available at Stadium Goods’ Chicago and New York stores, as well as on K-Swiss, Stadium Goods and Farfetch’s—the luxury fashion marketplace bought Stadium Goods in 2018—online stores.

The collaboration began with an old, archived sample of the Si-18 International—the sneaker first launched in 1989—that the K-Swiss team had found tucked away in a warehouse after most the original samples were “long lost,” the collaborators said. The decades-old style served as the initial spark for K-Swiss and Stadium Goods’ first conversations. 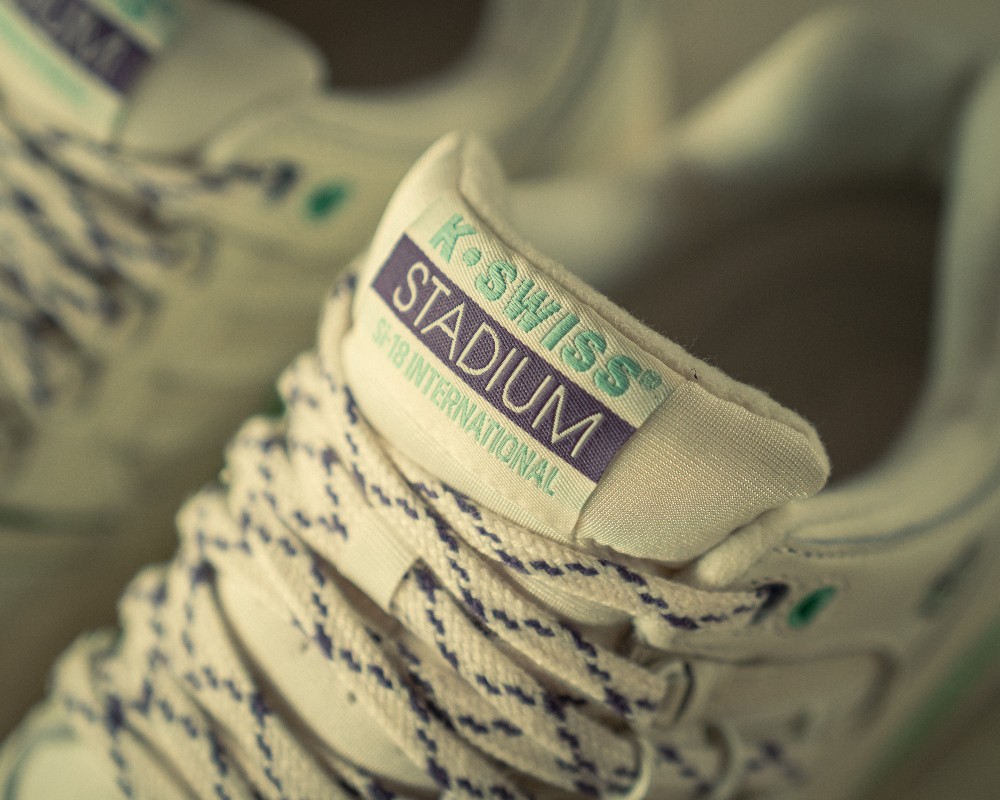 “The Si-18 International is one of the most iconic tennis styles of all time,” Jon Tang, K-Swiss’s senior designer for collaborations, said. “It’s also a pillar in the sneaker and streetwear community and this collaboration illustrates K-Swiss’ vintage style but with Stadium Goods’ modern approach. At K-Swiss we strive to ‘look back, live forward’, and this collaboration allows us to not only preserve our rich heritage but also gives us an opportunity to introduce it to a new audience of sneaker enthusiasts and tennis aficionados.”

The Stadium x K-Swiss Si-18 International uses the same original color blocking as the original, but with Stadium Goods’ “signature colors” and “a dash of vintage,” they said. A hangtag mirrors that of the original, illustrating how the D-R Cinch lacing system works. To “celebrate” the launch, Stadium Goods and K-Swiss will open “an install” Tuesday at the sneaker seller’s Chicago store.

“The Si-18 is one of the most underrated sneakers of all time,” Greig Bennett, vice president of brand creative and head designer at Stadium Goods, said. “Working on this shoe has been a bucket list item of mine, as well as the perfect shoe for Stadium to collaborate on. In the current climate of everyone doing the same thing it feels like a breath of fresh air to bring  something new and dope to our community.”

Though Stadium Goods had released its own branded merch since 2015, the sneaker and streetwear marketplace waited until March 2021 to launch its own stand-alone fashion brand, Stadium. The company teamed with A Bathing Ape, the Japanese streetwear label also known as BAPE, seven months later for its first sneaker release.