Stephen Curry’s first season since the launch of his eponymous Under Armour brand came to an end Friday.

A loss to the Memphis Grizzlies shut the Golden State Warriors out of the NBA playoffs. Though surely disappointing for Curry and his team, which has been plagued by injuries this season, the turn of events does not take away from an otherwise stunning run for the 33-year-old basketball start.

Last week, reports identified Curry as one of three finalists for NBA MVP—a title he has earned twice before. Days earlier, the sharpshooting point guard played his final game of the regular season and cemented his place as the league’s scoring champion for the 2020-2021 season. In April, Curry sank 96 three-pointers, smashing the NBA record for three-pointers scored in a single month—James Harden’s 82 from November 2019. And in January, he scored a whopping 62 points in a single game—a career high.

The three-time NBA champion did it all wearing Curry Brand’s inaugural shoe, the Curry Flow 8—undoubtedly good news for Under Armour and its fledgling basketball brand.

Indeed, the Baltimore-based business has touted Curry’s success, specifically comparing it to his 2015-2016 season, which earned the player the league’s first-ever unanimous MVP. According to data Under Armour cited from Second Spectrum, Curry got more shots off and drove to the basket more this past season than that last MVP season. His effective field goal percentage for step-back threes increased by nearly 16 percent. At the same time, Curry’s three-point shots overall became more difficult, coming from an average eight inches farther from the basket.

“The Curry Flow 8, for me, has boosted so much of my confidence and my ability to be consistent out there on the floor because I have no doubt that with any move I make, the traction is going to be there and I’m going to be able to change directions or stop at the drop of a dime,” Curry said in a statement. “It’s allowed all of my dribble moves to be a little more shifty… a night-and-day difference to any other shoe that I’ve ever worn.”

Nike's Top 2 in Searches and Resale

After years of partnering with Curry, Under Armour confirmed plans to launch the Curry Brand in November. The first shoe, the Curry Flow 8, launched less than two weeks before the NBA regular season began in December. 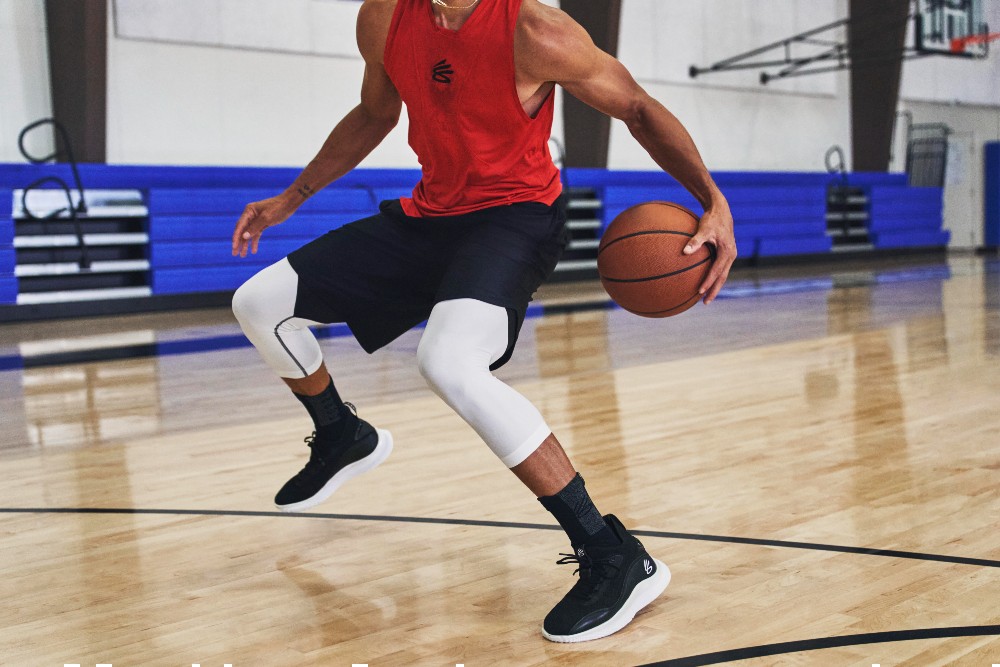 The sneaker did away entirely with the traditional rubber outsole seen on most athletic footwear, providing superior ground contact and traction with a more minimalist construction, according to Under Armour. While most performance shoes amalgamate two or three materials across the midsole and outsole, including TPUs, EVAs and rubbers, the UA Flow technology employed a “unisole” design made from a proprietary foam compound.

During the design process, chief innovation officer Clay Dean said that Under Armour was “forced to move faster and build new muscles that we didn’t have before” to deliver the quality of sneaker that Curry’s on-court theatrics demanded. “And now, when we see him break free from a defender, we’re inspired by the work we put in to help him do that,” he added.

“All of that groundwork that we laid, and our willingness to evolve in how we operate and how we match­—and exceed—what Stephen was looking for, really allowed us to open doors for the brand, and mark the journey for one of Under Armour’s most meaningful moments yet,” Paul Winsper, Under Armour’s vice president of human performance, said in a statement.