After months of rumors, Under Armour confirmed it will launch a new brand with Golden State Warriors superstar Stephen Curry. Kicking off Tuesday, Curry Brand will feature footwear, apparel and accessories trading on the point guard’s global popularity and angling for the kind of success seen by a fierce rival in the athleticwear world.

Since partnering with the Baltimore-based company in 2013, Curry’s collaboration with Under Armour has not just yielded a steady stream of basketball sneakers, but also shorts, shirts, socks, polos and pants. Though Under Armour didn’t offer many specifics on what the new Curry Brand will offer, it is likely many of these products will carry over.

Under Armour said Curry Brand is committed to giving back, aiming to create at least 20 safe places to play, support 125 programs benefiting young athletes, and help train more than 15,000 coaches. Curry himself has made philanthropy a priority throughout his career, following in the charitable footsteps of his father and former Charlotte Hornets star Dell Curry.

“For many years, Stephen and Under Armour have worked together in partnership—a partnership built around shared values,” said Patrik Frisk, Under Armour president and CEO. “Through this brand, we have an opportunity to push forward our vision for a better world, especially for young athletes facing challenges with access and opportunity for sport.”

Curry echoed that sentiment, noting in a statement that he and Under Armour “shared goal of unlocking play for kids, so that became a natural place for us to focus.”

“I grew up doing a lot of things to give back to the community with my family—and continue that now—while Under Armour has done so much to support athletes around the world,” he added.

One of many companies to feel the pandemic pain, Under Armour saw total revenue decline 41 percent year-over-year decline in the second quarter. Though the numbers improved in the third quarter—total revenue came in flat—CFO David Bergman said the athleticwear and footwear brand was planning to exit as many as 3,000 wholesale locations in North America by 2022.

The Curry Brand may offer Under Armour a much-needed boost as it works to fully recover from the pandemic in the year ahead—especially if it follows in the footsteps of a potential analogue, Nike’s megawatt Jordan Brand. 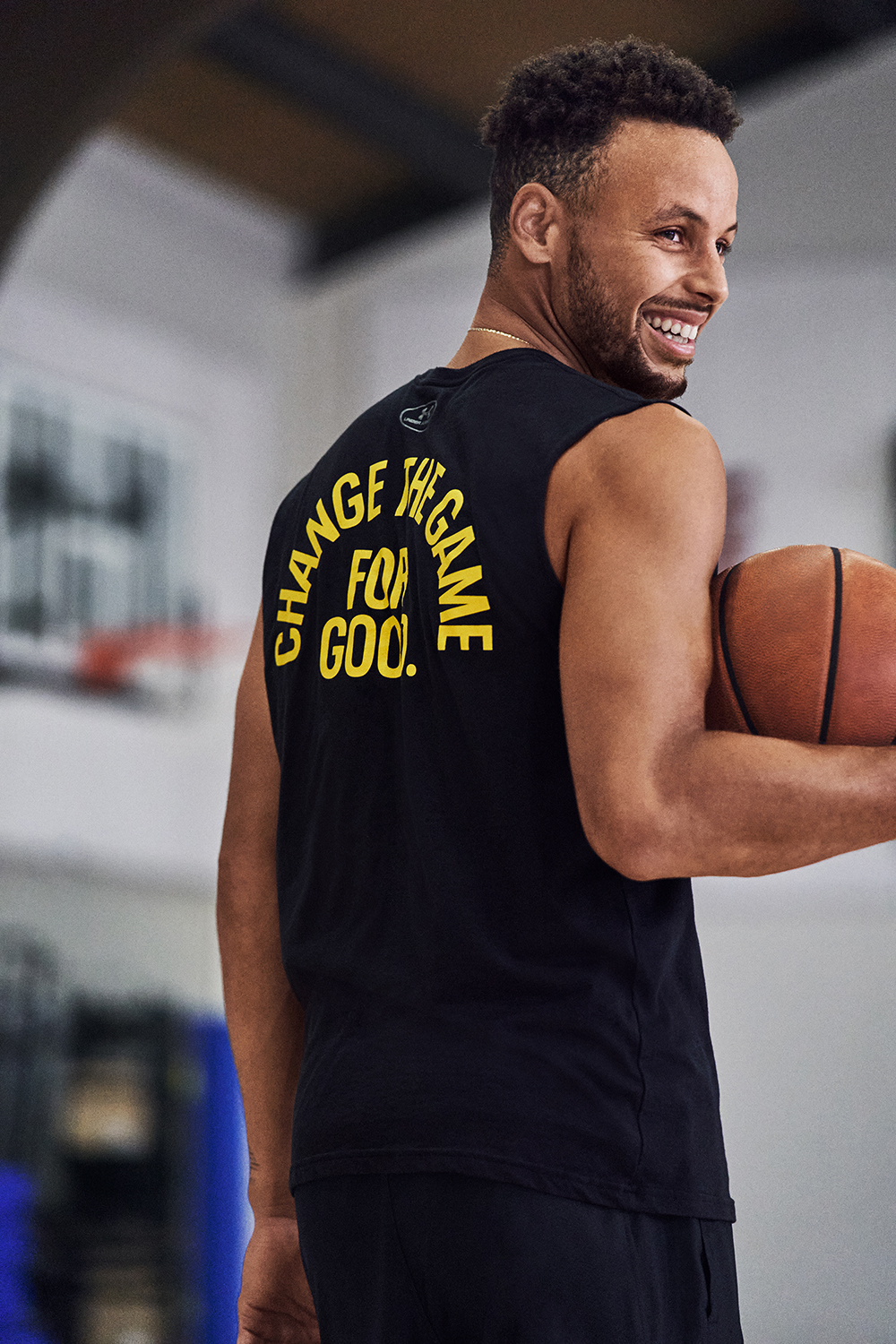 Similarly, Nike launched its collaboration with NBA legend Michael Jordan first as a collection. It wasn’t until 13 years later, in 1997, that the Oregon-based powerhouse launched the separate, Nike-owned Jordan Brand, now a major revenue driver for the company. During the May airing of ESPN’s “The Last Dance” docuseries—chronicling Jordan’s 1997-98 season with the Chicago Bulls—the Jordan Brand experienced a sales boost of 40 percent even as myriad companies and brands suffered due to the pandemic.

The Curry Brand launch arrives a little over a year after an in-game left hand fracture took the two-time NBA MVP off the court for several months. Following a four-month break and a successful surgery, the future Hall of Famer played one game in March before the 2019-2020 season was suspended due to the pandemic.