Vivobarefoot’s certified B Corp status is off to a running start.

The barefoot minimalist-shoe company joined the likes of Eileen Fisher, Patagonia and other businesses that prioritize social good over profits last week with an initial assessment score of 98.8 out of 200 points, which it received based on metrics such as governance, worker engagement and environmental management. (Companies need a score of at least 80 to receive the B Corp designation.)

Though the company rated higher than Veja’s 84.2 and Allbirds’ 89.4, Vivobarefoot remains “only at the very start of [its] regenerative journey,” admits Galahad Clark, the seventh-generation Clark Shoe dynasty scion who founded the brand in 2012. B Corp certification, he said, is a “stepping stone” to Vivobarefoot’s wider objective to not only inflict less harm but also operate in a way that actively promotes the wellbeing of both people and planet.

“Vivobarefoot was set up to be a benefit to society, to be a net-positive business for people and the planet,” Clark told Sourcing Journal. “B Corp status helps to ground our impact to society, set priorities, improve our policies, learn from the community and overall make us a better business and organization.”

But making “more sustainable shoes out of more sustainable materials” to minimize footwear production’s negative impact—in other words, the standard corporate M.O.—“isn’t going to cut it,” he noted. Of the 25 billion shoes the footwear industry churns out every year, for instance, 90 percent end up in the landfill, often within 12 months of purchase, according to a 2019 World Footwear report. To keep its shoes in circulation for longer, Vivobarefoot launched its re-commerce platform ReVivo in July, with the goal of “reviving, reconditioning and reselling” worn and returned footwear from the brand.

“This is just one step in a journey towards circularity and ultimately regeneration, where we aim for all of our products to have a net-positive impact on both the wearer and the planet,” Clark said.

Eventually, Vivobarefoot wants to create fully biodegradable shoes from regenerative agricultural supply chains or chemically recyclable ones from feedstock pollutants such as algae. “None of these initiatives fall into our laps, and we embrace the challenge everyday as we are a long, long way from where we want to get to,” he added. 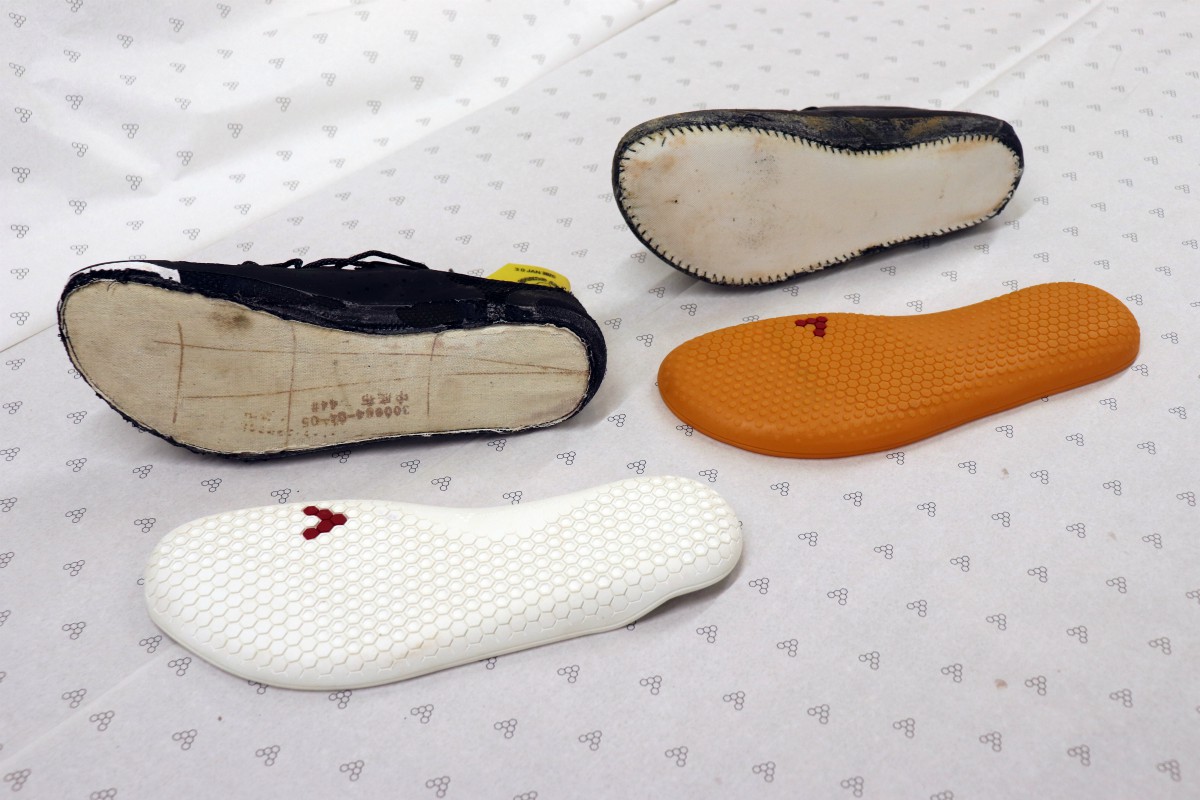 The company is also exploring 3D printing and its possibilities for shoemaking. Clark says the technology offers a “modern opportunity” to return to the type of time-honored on-demand, bespoke and “necessarily repairable and recyclable” construction that served ”person by person, foot by foot” before the advent of the industrial revolution and cheap production lines.

“There are still indigenous groups around the world that make shoes like this,” he said. “I have visited a number of them, most notably the Sami in the Arctic Circle who make beautiful reindeer moccasins, providing barefoot warmth with hay insulation, and the Bushman in Namibia, who make eland skin running sandals for protection from heat and camel thorns during the persistent hunt.”

Vivobarefoot aspires to have its first trials available to market in early 2021. Eventually, it plans to redesign all its current footwear to allow it to reduce both the amount of materials and the number of suppliers it employs.

“We are excited about bringing this ancient wisdom with modern technology to life,” Clark added.