While most footwear soles are made of fossil-fuel-derived ethyl vinyl acetate (EVA) or thermoplastic polyurethane (TPU), Blueview has replaced these plastic-based foams with Soleic, a renewable and biodegradable polyurethane foam derived from oils found in algae biomass. Making up the shoe’s internal arch support, midsole and outsole, researchers from University of California’s Department of Chemistry and Biochemistry and its Division of Biological Sciences found that the bio-based foam, developed in collaboration with materials sciences company Algenesis, biodegrades in about 200 days.

Meanwhile, Blueview developed a fully plant-based, machine-knitted upper for the Pacific, made from hemp and eucalyptus fibers from Tencel. A removable canvas strap that runs across the sneaker’s vamp is made from organic cotton. The shoes are available for pre-order through the brand’s e-commerce site for $135. 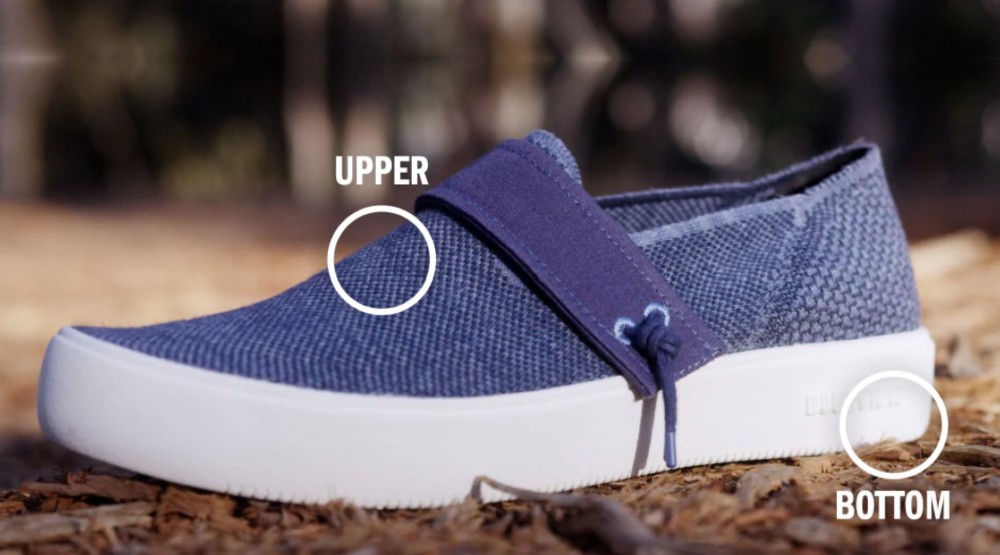 The shoe’s developers claim that its biodegradability does not impact its durability or longevity, and that the Pacific’s materials are designed to deteriorate only in aerobic compost conditions, when specific microorganisms and enzymes are present to break down detritus. California’s Heeluxe independent footwear testing lab evaluated the shoes.

“It is a dream come true to see our Soleic foams finally reach the consumer market,” Stephen Mayfield, who co-invented the material and serves as Blueview CEO, said in a statement. The Pacific shoe offers a “revolutionary footwear experience,” he added.

Blueview co-founder and president Tom Cooke, a veteran of footwear labels Reef and Vans, said that the project addresses the problem of polymer waste. Shoe brands are notoriously depending on fossil fuel-derived inputs with a steep carbon cost.

“As a surfer, I’ve seen firsthand how our oceans are being affected by plastic pollution,” Cooke said. Blueview’s advancements in the materials space were achieved “by uniting my expertise in the footwear industry with the advancements developed by our science team,” he added.