As the world begins to cautiously open up after months of workplace, retail and restaurant shutdowns, some shoppers are just beginning to lace up their outside shoes again.

But things will likely look very different in a post-Covid world, and the shift may be—to some degree—permanent. Amid the crisis, many consumers are contending not just with seemingly interminable boredom, but also the aches and pains associated with long hours spent working from home.

Sitting in front of a computer or even standing at an upright desk can wreak havoc on necks and backs, though it may seem strange to some to wear proper supportive shoes indoors. For Tony Hendrix, founder of footwear company Flykytin and its signature product, Parasole, the unforeseen challenges 2020 has served up have actually offered his startup a chance to shine.

A hybrid between a sock and a shoe, Parasole’s 3D-knitted compression uppers are supported by cushioning and an outdoor-ready outsole. Originally conceived as a tool to help athletes’ feet recover from strenuous activity, Hendrix quickly realized that low-profile, flexible support was something that most consumers could use in their daily lives.

“I wanted to create support with the comfort of a sock—something that we’re all familiar with, that we kind of think fondly of,” he said. 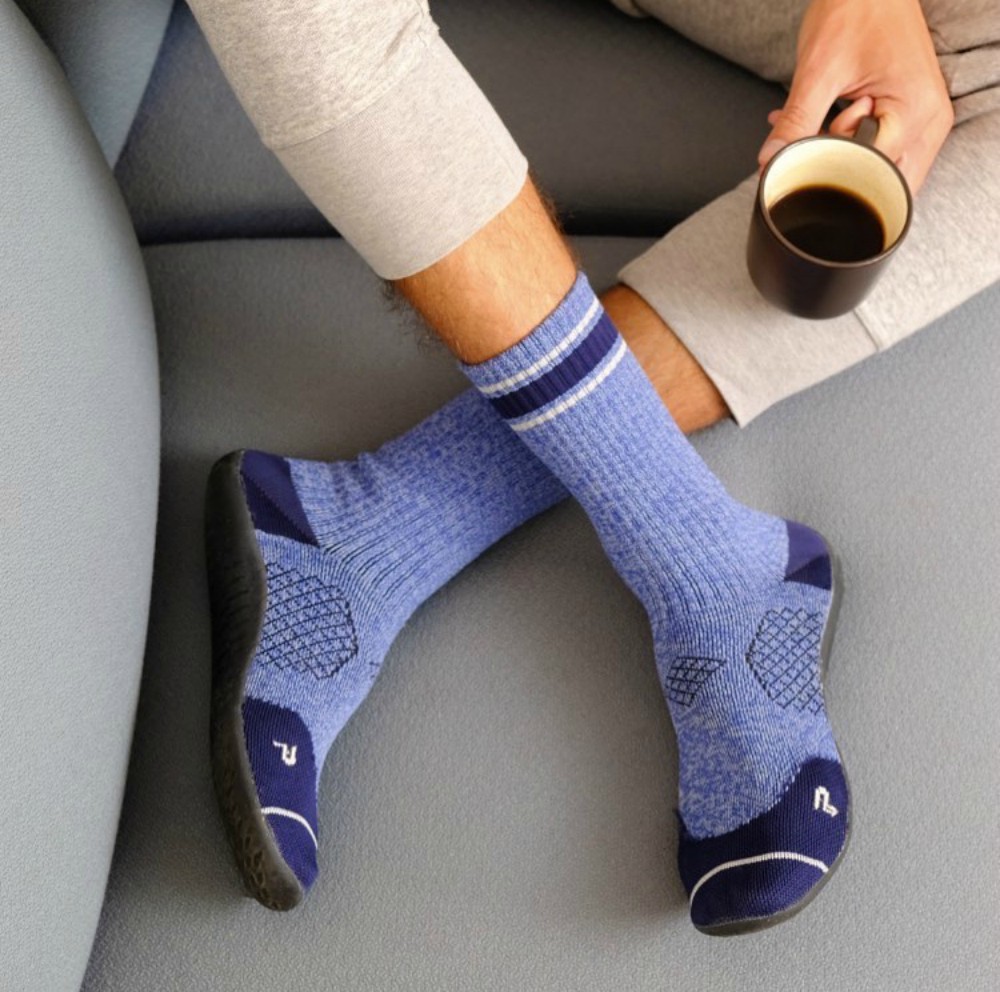 Hendrix’s initial question when he workshopped the idea years ago was how minimal he could go with the design, while still offering the biomechanical benefits needed to help feet—the foundation of the body—bounce back from stress or trauma.

He thought about patients recovering from illness or surgery in hospitals, and those working through physical therapy regimens who needed footwear that was comfortable and non-restrictive.

As he built his product around a sock-like structure, he realized, “OK, there are many real applications here—including for regular, everyday people.”

Hendrix, former senior innovation designer for contemporary comfort footwear brand Vionic, was also familiar with the struggles many women faced with swollen feet and blisters after a long day in a pair of heels. Most want to slip into something more supportive than slippers when they get home, he said.

He had also heard from shoppers looking for minimalist footwear for activities like pilates or yoga, which are often performed barefoot, along with avid travelers who hated removing their shoes while going through airport security.

When he finally brought a mock-up for Parasole to Indiegogo in 2018, the idea raised more than $186,000 in funding. After the first round of product was sent off to investors, Hendrix continued research and development, bringing a 2.0 version to Kickstarter a year later. The campaign ultimately finished on Indiegogo, raising a total of $225,309.

With two types of compression technology knit into its uppers, Parasole stimulates bloodflow throughout the feet and calves, while a thin foam layer provides under-foot support. A polymer-based vented outsole allows for airflow while providing protection from the ground, should the wearer decide to take a stroll outdoors.

All of Parasole’s materials are sustainable, and Hendrix has aims for them to be circular, too. The socks’ uppers are made from recycled nylon, which can be re-spun into new fibers at the end of a product’s life. Meanwhile, the soy based polyurethane midsole foam can be re-ground, and the recyclable thermoplastic rubber (TPR) outsole can be melted down and re-shaped into new products. The three components are easily detached from each other, an issue that prevents most traditional footwear—which is laden with extra inputs and adhesives—from being recycled. 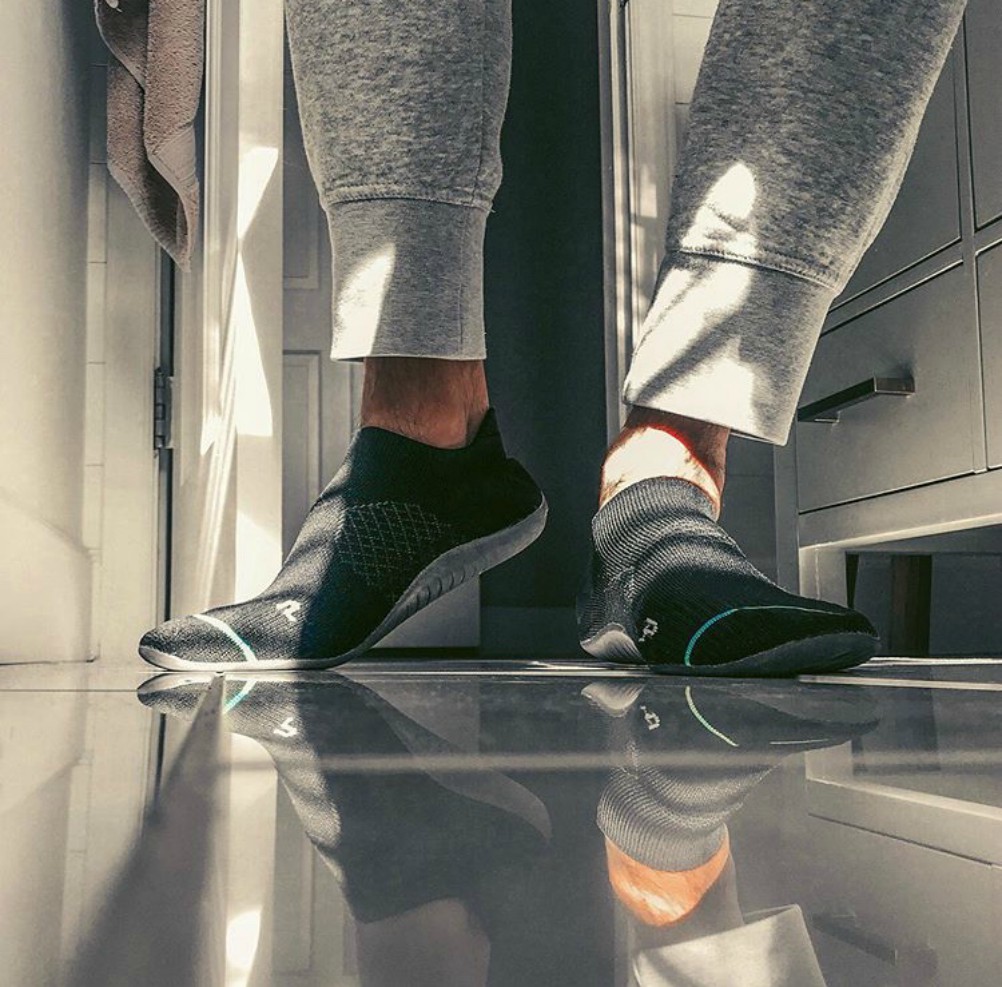 Knowing that he wanted circularity to be a part of Parasole’s foundation, Hendrix sought out factory partners with the existing infrastructure and capacity to recycle products. Hendrix made inroads with athletic footwear suppliers in China and Vietnam, whose expertise in the performance and recovery space was supplemented by their knowledge about recycled and recyclable inputs.

“Our goal is to try to solve a problem by making something else, instead of making things that get thrown away or become toxic,” Hendrix said.

The brand encourages shoppers who have worn out their Parasoles to return them to the company so they can be collected, sorted and eventually sent back overseas. As it stands, most Parasole products out in the world haven’t seen enough wear and tear yet to reach the end-of-life stage, though Hendrix stores the used pairs he receives in a warehouse in his home base of California.

This fall, Flykytin plans to debut a new Parasole silhouette with a 3D-knitted wool upper for the cooler months. Like their nylon counterparts, the new products, made from a regenerative resource, will be fully machine washable, Hendrix said. The socks have also been engineered to fit into casual footwear styles, like sneakers, so that wearers can enjoy their supportive benefits while running errands or during physical activity. 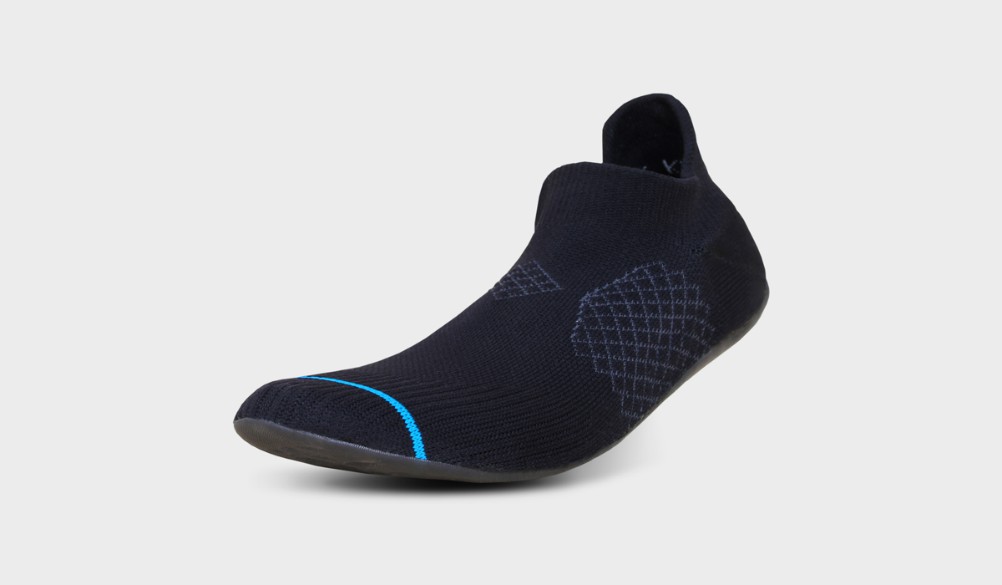 Throughout the pandemic, shopper interest in casual footwear options has skyrocketed, while many traditional styles have lagged. Hendrix believes that hitting the pause button on normal life has given shoppers an opportunity to explore new categories—and act with more purpose when it comes to supporting brands.

“For the first time, there’s a lot of energy around transparency,” he said. “People actually care about how the products are made, and they’re willing to support companies that care about what they do to the environment.”