3D printing technology is part of the new reality of footwear design, with Nike, Adidas and New Balance among many brands delivering a 3D iteration of an athletic sneaker, even if it’s just for a limited release. One company is now claiming the position as the first-to-market brand to deliver 3D printed heels.

Hilos, a Portland, Ore.-based startup pioneering on-demand, custom manufacturing in footwear and apparel, wants to be “the ThirdLove of fashion footwear” with its foray into tailored high heels that puts the customer at the center of what they wear.

While 3D printing is often cited as beneficial to the design process as it typically reduces the number of physical samples brands create, among other sustainability-driven advantages, Hilos wants to help women get the right footwear fit the first time around. The company claims one out of three women is wearing the wrong shoe size because they believe their correct shoe size is simply unavailable to them.

Hilos says its 3D printing-powered inclusive sizing capabilities enable the company to offer a range of 63 different shoe sizes for each foot.

The company’s open toe mule, designed to have the resilience and support of a running shoe, is developed out of a proprietary, all-in-one adaptive platform made from a newly engineered performance material. 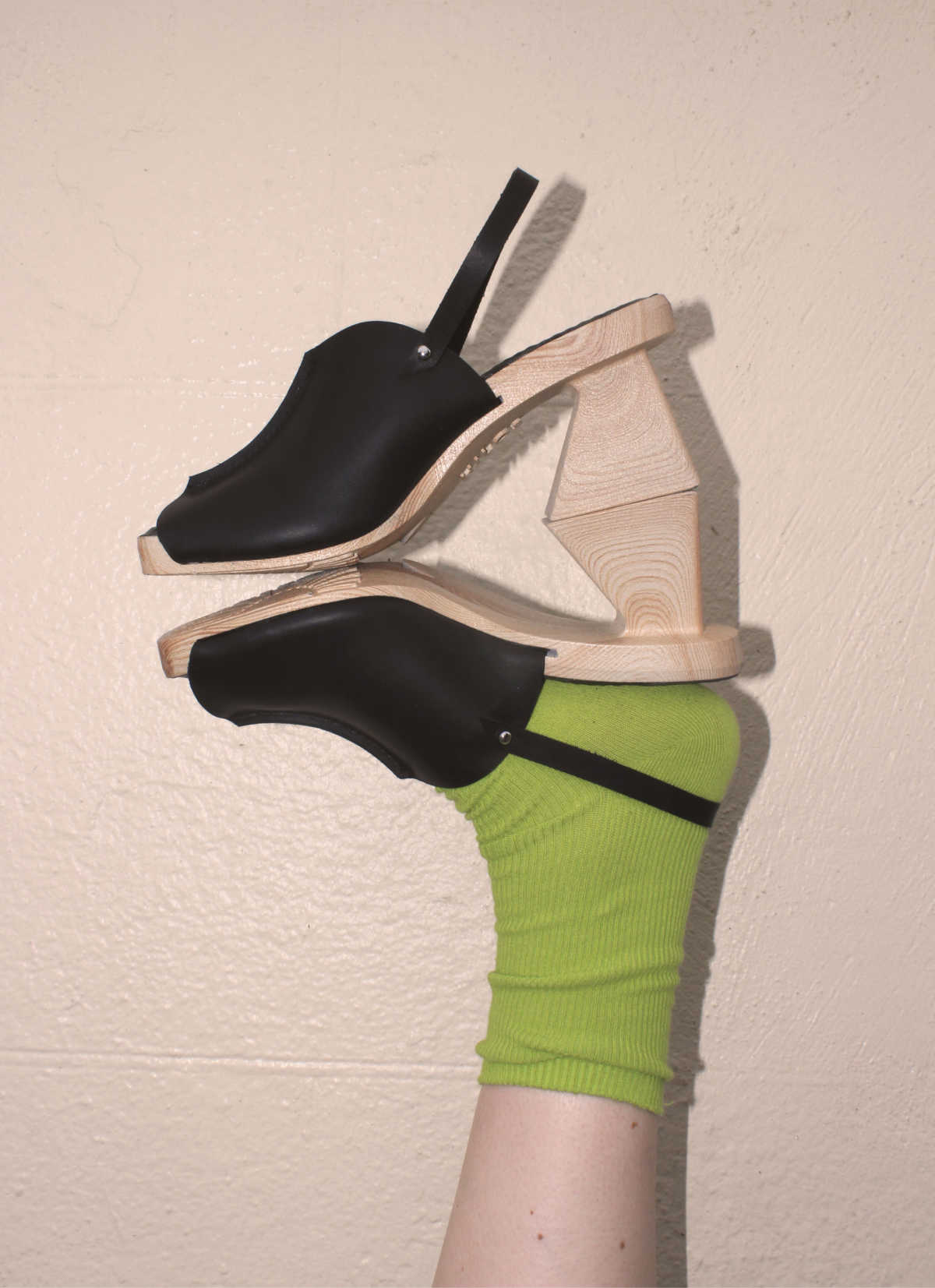 The outsole, midsole and insole are all combined into one integrated piece designed to have the grip of the outsole, the structure and integrity of the midsole, and the support, comfort and cushioning of a digital foam insole. The shoe, which includes a three-inch block heel, also consists of a leather liner and a leather upper.

Everything You Missed at Bluezone

Shoppers can also personalize the sole of the shoe by leaving their “mark,” which enables them to have their name (or any word) engraved at the bottom. They can choose one of five palettes for the shoes’ primary color: black, cream, cognac, nude or wasabi. The heels also include interchangeable straps for a sling back and tie-up look that lend a two-in-one functionality.

But the push to best fit consumer feet and deliver a personalized feel doesn’t take away from Hilos’ goals to create “timeless conversation pieces” that are intentionally manufactured with circularity in mind.

Founded by CEO Elias Stahl, a special forces veteran, and chief creative officer Gaia Giladi, a creative designer out of Southern California, Hilos was born to completely reimagine the DNA of traditional shoe making to use only what’s needed and with an end-of-life plan in mind.

Citing that one out of five pairs of shoes made go straight to the landfill, with less than 5 percent actually recycled, Hilos says its on-demand production saves on the 20 percent overproduction typical in footwear, primarily since the it uses 85 percent less water to make a pair of shoes, whereas many shoes can consume 2,000 gallons of water during production. Hilos shoes are 100 percent recyclable, the company claims.

Instead of a typical heel, which can consist of nearly two dozen pieces bonded together, the shoes are made of just two recyclable components. Their assembly method is free of toxic glues and screws and are designed for easy disassembly.

The shoe is hydro dipped in a vat of specialty paint to create a faux wood grain finish on the heel, and then the leather is attached using a patented method the founders created. The result is a high-fashion heel that doesn’t look like it was built on a 3D printer.

With its manufacturing based in Portland, and its materials locally sourced, the founders pride themselves on delivering a “Made in the USA” operation, especially since they don’t need to ship excess inventory to sit in warehouses for an extended period of time.

Hilos first launched with a summer presale of 100 units on Sept. 1, and send select consumers sample kits so they can get more familiar with the brand. The sample kit consisted of a miniature version of its wooden shoe box designed to be upcycled, which included 3D printed and leather samples as well as some shoe-care items.

A pair of Hilos heels costs $345 on Hilos.co, but the company plans on opening popup shops as the Covid-19 pandemic subsides.

The company is making its entrance at the right time, especially when more shoppers have sustainability top of mind. In fact, one study conducted by Grand View Research indicated that the sustainable footwear market could reach a combined value of $11.8 billion by 2027, with 68 percent of shoppers saying they consider sustainability a deciding factor when making a purchase.