“For years our brand partners would say to us, ‘You guys are the foam experts, why don’t you make midsoles and other cushioning components?’” OrthoLite founder and CEO Glenn Barrett said at a virtual press event Tuesday. “If we were going to introduce our first midsole foam, we were going to do it right. OrthoLite Cirql delivers on our impeccable standards for comfort, performance and sustainability. And by focusing on an end-of-life solution, it brings a truly sustainable footwear future within reach.”

According to Barrett, Cirql is made from “responsibly sourced” plants and biodegradable materials and manufactured using a zero-waste, chemical-free foaming process. At the end of its life, it can either be biodegraded into a “nutrient-rich” soil compost or depolymerized and recycled into another midsole of equal quality.

Though OrthoLite’s Cirql division plans to begin development early next year, Matt Smith, general manager and vice president of Cirql, is “hopeful that we should be able to pull those dates forward.” At its current capacity, he said, it can produce approximately 1.8 million pairs per year. The partners that build its machinery have the capacity to produce enough machines to manufacture an additional 20 million-plus pairs per year, he added.

OrthoLite’s ambitions appear far greater than 20 million pairs per year, however. In Falken’s view, Cirql “is poised and capable to make a serious dent” in the 20 billion pairs of shoes the industry manufactures annually. Smith pointed to licensing partnerships with Tier 1 factories as one path toward eventually ramping up Cirql production.

Why This NYC Startup Is Making 'Near-Seasonless' Compostable Garments

Though costs are not yet finalized, Smith acknowledged that brands can expect to pay a premium for Cirql. “We’ve thrown some indications on where we think this will sit in terms of price and we’ve not had any gasps of horror,” Smith said.

“I think the price we’ve communicated is payable in order to get that story,” he told Sourcing Journal. “Everybody will want to be first to market with this. It’s going to be a race to get the shoes with the first fully sustainable, fully compostable midsole.”

Cirql’s big push now centers around educating the industry. According to Smith, the midsole supplier has already sat down with a “handful” of brands. Though he didn’t name any companies, he said OrthoLite’s “biggest customers would logically be the right people for us to bring this innovation to first.” He also hinted that the company has spoken with some “strategic accounts” “that are heavily pushing for sustainability.”

“We want to lead the market and go everywhere,” Smith said. “The ambition is to replace EVA, period. Can we do that? Of course we can. It’s a matter of time. What we’ve had to do is be laser-focused on getting our product ready for launch, so we can sit down and start having the conversation with the brands and we have to start with one polymer, one version, otherwise you drown before you learn to swim.”

As a partner to so many major brands, OrthoLite’s sales team frequently sits down with some of the biggest decision makers on development and sustainability, Smith said. “One of the biggest things” to come from those conversations has been that engineers are becoming “more and more conscious of the need to move away from EVAs,” he noted.

“EVA is the box standard product that you find on most athletic footwear,” Smith said.  “However, in its creation, it uses a lot of toxic chemicals, some dirty processes, and what’s left behind at the end of all of that, at the end of the life of the shoe, is a product that will stay there forever. It will never, never fade away. So, they’ve really been looking at a way to sort of address that elephant in the room.” 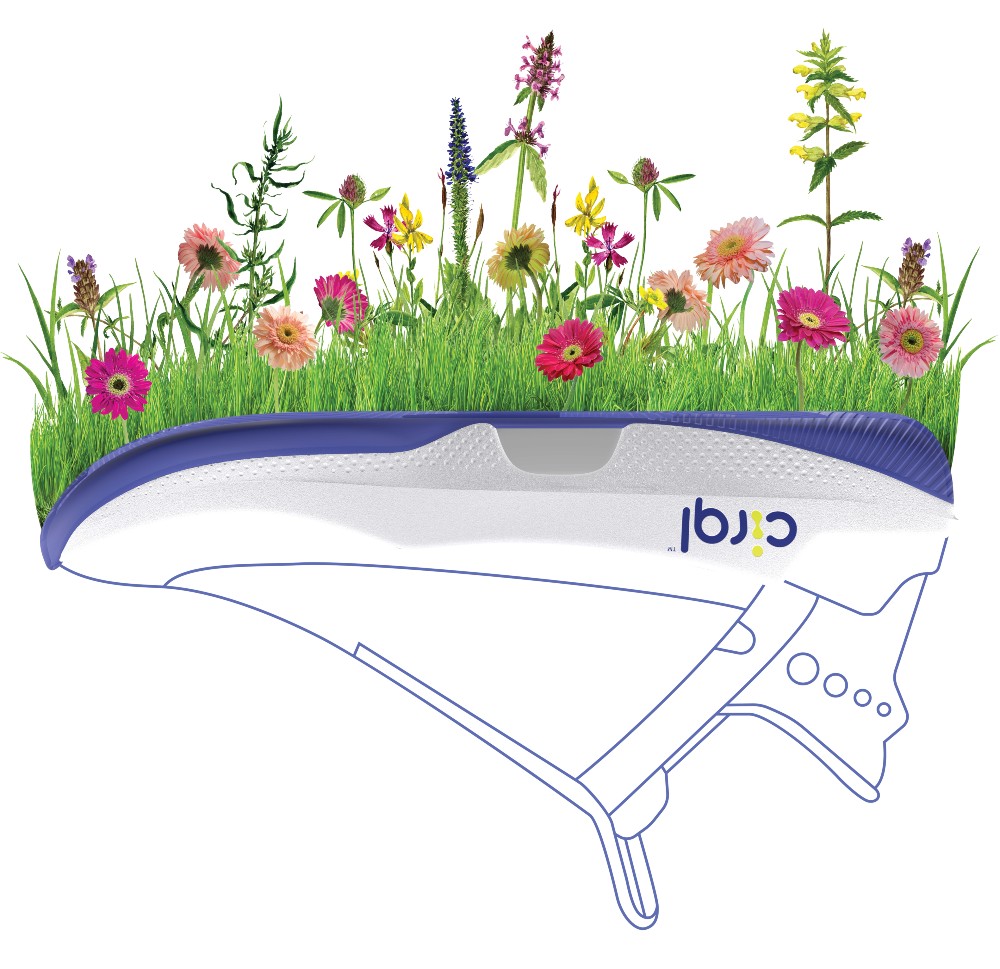 Cirql is OrthoLite’s answer. Though Smith categorized Cirql as a “performance product,” he said the plan is to start off “a little bit more leisure” and work from there. Unlike its parent company OrthoLite, which has hundreds of different formulations, Cirql only has one for now. When exactly future iterations will arrive remains unclear, Smith acknowledged. The aim, however, will be to develop “a more technical product” in the second iteration.

“With EVA, you just stick a little bit more fairy dust, a little bit more toxic chemical in there, and it becomes softer, it becomes more springy, or it can become more flexible,” Smith said. “We can’t do that, right? We have a natural polymer, a natural process, no emissions, no waste. We’re not going to mess that up, the claims that we make, by adding a toxic chemical to it.”

When a Cirql shoe reaches its end of life, brands have two ways to dispose of its midsole sustainably.

The first involves industrial composting. Different from traditional, backyard composting—a Cirql midsole discarded on the side of the street will never decompose the same way an orange peel would—industrial composting actively moderates temperature, humidity, pressure and microorganisms to facilitate decomposition.

Thanks to Cirql’s chemical structure and ingredients, the material can also be depolymerized into virgin-quality monomers—the precursors to the polymer that makes up the Cirql foam— “in perpetuity,” Falken said. This means that, unlike plastic recycling, which inevitably degrades the material over time, OrthoLite’s Cirql midsole can be recycled again and again, like aluminum or glass.

“No other footwear foam can be depolymerized back into usable monomers to make more of the same thing as Cirql,” Falken added. “And that’s because those other footwear foam types have contamination from some 15-plus ingredients being permanently bound together in a cross-linked chemical structure.”

Patented worldwide, Cirql has undergone third-party life cycle assessments and received certifications that verify its claims, Smith said. “We go into this with a perfectly clear conscience, no greenwashing, and it does exactly what it says on the tin, as they say,” he added.

As part of its validation process, Cirql is ensuring that the infrastructure exists for brands to actually compost its midsoles. “What we probably need to do, which will help the brands, is to see which format would we need to take that back,” Smith said.

“We don’t want to be pulling shoes apart, obviously,” he added. “It would be great if we could receive flakes [of] material or strips of material or maybe we can just compose the whole midsole and just let nature take its course.”

The recycling component, Smith noted, is “relatively scalable and mobile.” Though the specific machine it had created for the process is currently located in Italy, it could feasibly be brought to every market on the planet, he said.