Back in the 90s, Puma unveiled its own, proprietary performance footwear compound—what it called CELL technology—now, the brand has reintroduced it in a new silhouette: the LQD CELL Origin.

Puma rereleased its CELL collection late in 2018 as a part of the nostalgia sneaker movement. Then, in April, it added to the CELL legacy with the launch of the brand new LQD CELL line. The new line packages all that was favorable about Puma’s original CELL sneakers, but in more modern silhouettes, as displayed by the LQD CELL Origin.

The first thing that stands out about the Origin is how it wears its performance-based lineage openly. Puma designed the shoe to ensure that both the hexagonal “cells” and Puma’s Profoam are the most recognizable aspects of the Origin. Although one could be forgiven for first noticing the jagged edges of the quintessentially ’90s electric blue and yellow uppers. 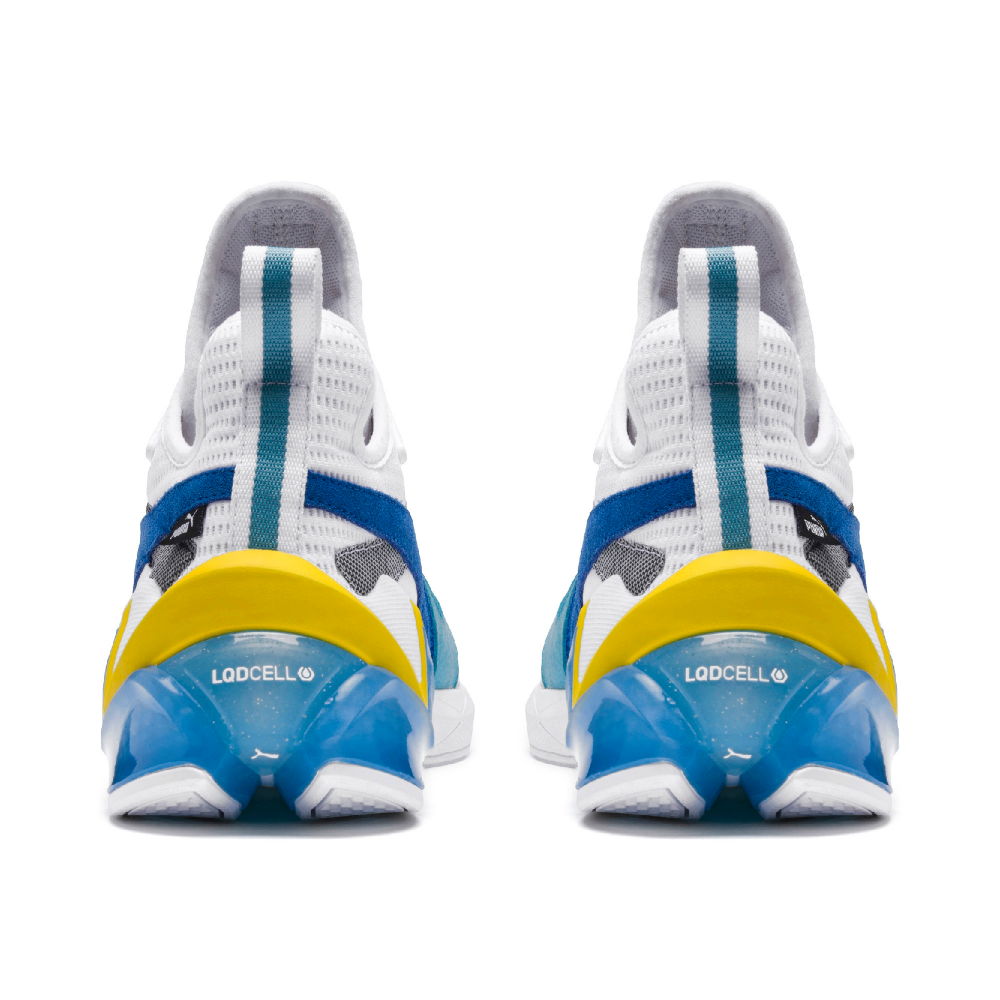 Puma says it engineered the LQD Cell Origin to showcase its performance features on the outsole and backheel of the shoe. Even the mixed materials of its uppers are a throwback to Puma’s OG Superfly II silhouette, also released during the decade. However, as the origin of the CELL design came from a running shoe, Puma says there are plenty of practical, performance advantages to the design.

“The LQD CELL technology is meant to be both a function and visual component of the shoe, adding a retro and expressive way of displaying the technology externally,” a Puma representative told Sourcing Journal. “It also further adds to what PUMA does best, the look of a streetwear shoe with the technology of a performance shoe.”

Puma said the hexagonal cells on the silhouette’s sole, the defining feature of the LQD CELL line, compress and flex as its wearer puts pressure on their feet, working with pockets of Puma’s ProFoam to provide both athletic stability and casual comfort. Full rubber coverage on the outsole also ensures that both runners and more casual fans maintain solid traction in a variety of conditions.

“LQD CELL shoes are designed to enhance performance and comfort through stable cushioning technology,” Puma’s representative explained. “The CELL technology, which is smaller and more compact than the original CELL technology introduced in the ’90s, works with ProFoam in the footbed to give less movement under the foot and more absorption, providing a more steady movement overall.”

The brand said it will also be looking to the silhouette’s “exaggerated” height and unique collar to give it a “disruptive shelf appeal” as it looks to build on the momentum that led the brand to record sales growth in North America over Q1.

The LQD CELL Origin is available now at Puma retail partners and through its online store for $110.