A German design studio has created a 3D-printed boot upper that it says can adapt to the ergonomics of the wearer’s foot.

WertelOberfell’s Auxetic Wear utilizes an auxetic structure that expands “bidirectionally” as soon as it experiences a tensile force, allowing it to stretch or compress based on the foot shape of the wearer. The upper, along with the skeleton-like frame to which it attaches, was printed using a “strong” TPU, the firm said, and then glued together and stitched to an existing sole.

Gernot Oberfell and Jan Wertel, both of whom studied industrial design at the State Academy of Fine Arts in Stuttgart, Germany, founded WertelOberfell in 2007. The studio’s work includes furniture, lighting and industrial products, as well as “experimental research pieces” for companies like Philips, Panasonic and Sony.

“Auxetic Wear: A shoe that adapts to the foot—not the other way around,” WertelOberfell wrote in a LinkedIn post Thursday. “We learn from classic shoemaker craft, and created a pattern comprising of two-dimensional shapes that are very effective for #3dprinting due to their low profile.” 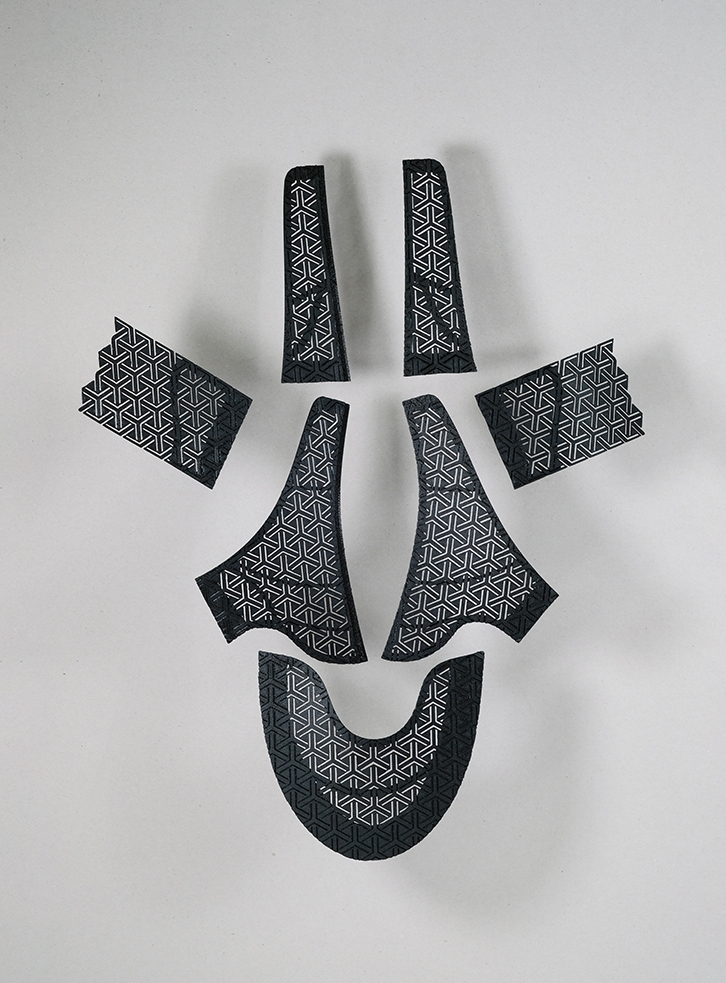 Though Auxetic Wear marked a departure from WertelOberfell’s typical work, it was not the first time the Berlin- and Munich-based studio experimented with fashion.

Last year, it partnered with Re-FREAM, a collaborative research consortium where artists, designers and scientists collaborated on ways to rethink the manufacturing process of the fashion industry, to create a piece of clothing that could confuse the artificial intelligences used to analyze CCTV footage. Assisting WertelOberfell in the eight-month project—dubbed Ignotum after the Latin word for “the unknown”—were several technical partners: Fraunhofer IZM, Stratasys, Profactor and Empa.

The collaborators ultimately produced a poncho interlaced with a grid of LED lighting. The garment also featured two layers of materials, a base for stability and a semi-transparent second layer, that together created a moiré effect—similar to the distortion created when photographing a computer screen—to further confuse AIs. Even in “quite challenging environments,” the poncho worked well in lowering the AIs’ recognition numbers to a level not strong enough for further processing, WertelOberfell said.