After two months of speculation, Adidas has confirmed that it is looking to offload the Reebok brand it acquired in 2006 for $3.8 billion.

The global athleticwear and footwear company is building up some hype around Reebok’s uncertain future, already stating that a decision would be announced on March 10 at its annual investor conference, when Adidas also will unveil its new five-year strategy.

As far as potential buyers of Reebok go, the competition could be fierce. The marketing of Reebok for a sale may have just started, but there’s one potential buyer already chomping at the bit to hold talks with Adidas.

Brand management firm Authentic Brands Group (ABG), which has been on an acquisitions spree over the past year and has most recently been tied to potential interest in bankruptcy-ridden British fashion retailers Arcadia Group and Debenhams, also has its eye on Reebok.

According to an individual familiar with ABG’s thinking on Monday, the company definitely will want to speak with Adidas if it had the opportunity to do so.

ABG did not immediately respond to a request for comment or confirmation.

ABG’s interest in Reebok first surfaced last year when word got out that ABG chairman Jamie Salter and basketball great Shaquille O’Neal expressed interest in acquiring Reebok if it ever came up for sale. O’Neal is an ABG partner, having sold his brand rights to the brand management firm in 2015. But the NBA great’s connection to Reebok goes way back to his playing days when he inked a multi-year, $15 million deal in 1992 with the athletic brand.

ABG has other active brands in its portfolio—Spyder, Prince and Greg Norman, among others—and would know how to market and rebuild a label like Reebok. Plus, it can work with O’Neal to revive the active brand to its glory days.

ABG also has the deep pockets for its buying bender. The brand management firm is backed by the likes of Blackrock, Leonard Green and General Atlantic, with a portfolio generating substantial cash flow each month. Salter wants ABG to reach $25 billion in annual global retail sales over the next three to five years, up from $14 billion today.

The firm has recently scooped up several big brands, teaming with Simon Property Group and Brookfield Asset Management early this year to acquire bankrupt Forever 21 for $81 million, and joining forces with Simon again through its joint venture Sparc to acquire Lucky Brand Dungarees and Brooks Brothers out of bankruptcy. ABG plucked Barneys from bankruptcy last year and is resurrecting the luxury nameplate through shop-in-shop locations in Saks Fifth Avenue stores. 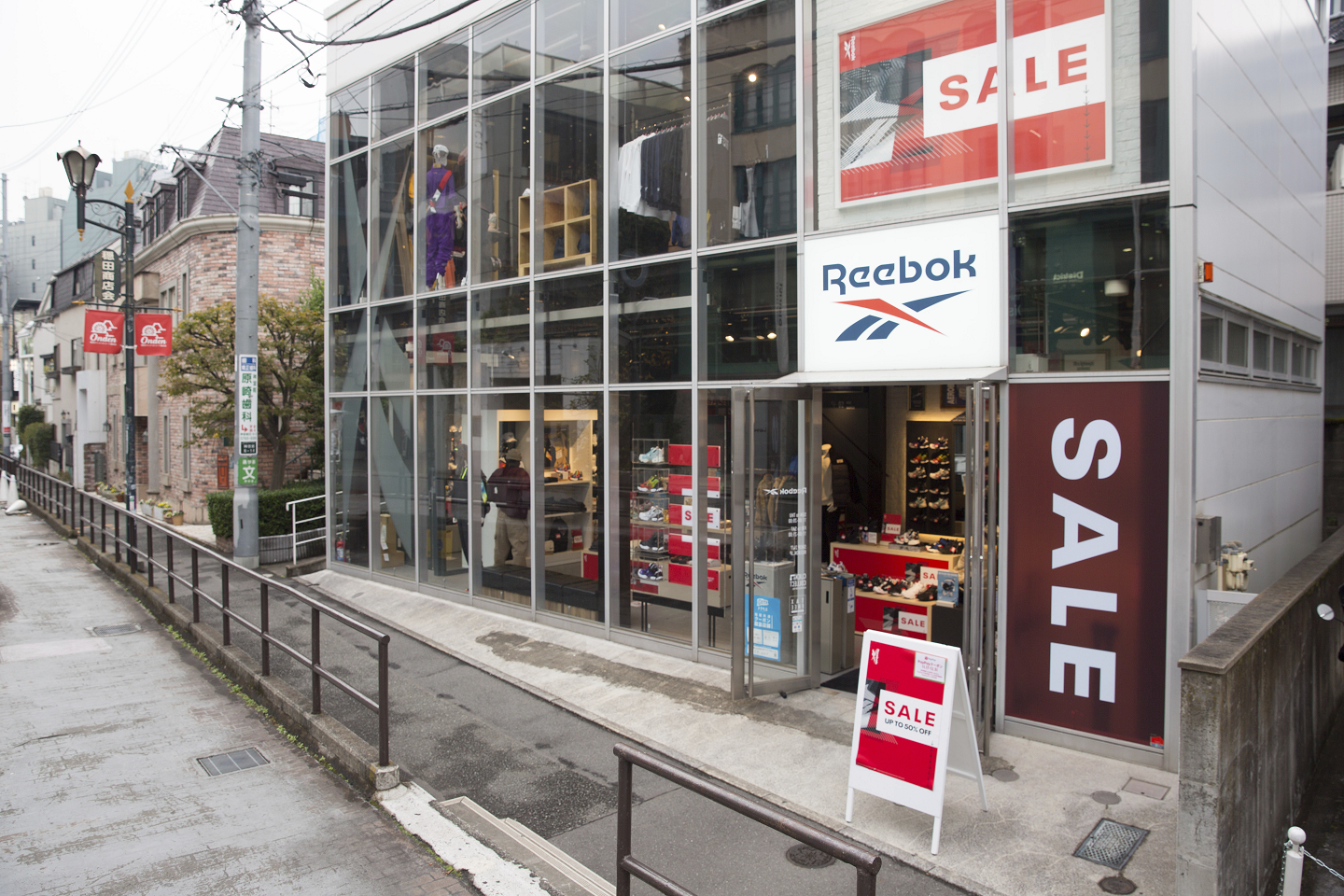 The Financial Times in November reported that potential suitors include private equity firms Triton and Permira, which owns Dr. Martens and is reportedly in the process of spinning off the footwear brand into its own public company. Triton does not operate any other apparel or footwear brands.

Adidas is reportedly working with JPMorgan Chase to sell Reebok, according to a New York Times report.

There was a period when Reebok felt like it was back on the ascent, with Adidas initiating a “Muscle Up” turnaround program in 2016 that brought the brand back to profitability in 2018—two years earlier than initially planned.

Last year, Adidas focused the brand toward top-line growth, with Reebok generating double-digit sales growth in North America and 1.6 percent currency-neutral sales growth globally. But even that growth was still well behind Adidas’ 6.6 percent growth for the full year.

If there was ever a telling statistic about the shrinking value of Reebok to the overall Adidas brand, this is it. In 2007, more than $2 billion came from Reebok, representing one-quarter of Adidas’ total retail sales at the time. In the third quarter, however, Reebok drove just 6.75 percent of Adidas’ total sales.

As the Covid-19 pandemic stung most apparel and footwear companies, it did the same for Reebok and Adidas. Reebok saw currency-neutral net sales dip 19.9 percent in the first nine months of the year, slightly worse than the 17.9 percent drop at Adidas.

Adidas CEO Kasper Rorsted said Reebok was hit harder because the brand was less present in the outdoor and running segment, where consumers shifted their purchases during quarantine. Reebok’s greater exposure to the U.S. also became a disadvantage as sales recovered slower than in Europe this fall.