Two years after shuttering its 2,100 U.S. stores and just months after a digital re-launch, Payless opened the first of what it anticipates to be hundreds of new brick-and-mortar locations Monday.

This time around, the affordable footwear retailer is relying on a digitally driven, omnichannel-enabled strategy. Arriving more than six months after Payless’ digital return to North America, the new Miami store integrates the traditional shopping model with high-tech touchpoints such as interactive touchscreen wall panels and augmented reality (AR) technology.

“The traditional brick-and-mortar storefront isn’t going anywhere, but recent times have demanded the need for a new 360-degree immersive retail experience,” Jared Margolis, CEO of Payless, said in a statement. “Our plan has always been to make a comeback for our U.S. consumers with brand new smart and strategic retail locations that are also in line with our omnichannel strategy.

The new 4,000-square-foot store includes an AR foot measurement chart and floor decal comprising 16 individual 3D animated characters and 16 2D animal footprints. Along with a subsequent multiple-choice quiz and photo feature with save function, these capabilities personalize the customer experience, “while seamlessly making the brick-and-click connection for consumers,” Payless said. The AR amenities, created with the retailer’s partner Zappar, are available in both English and Spanish. 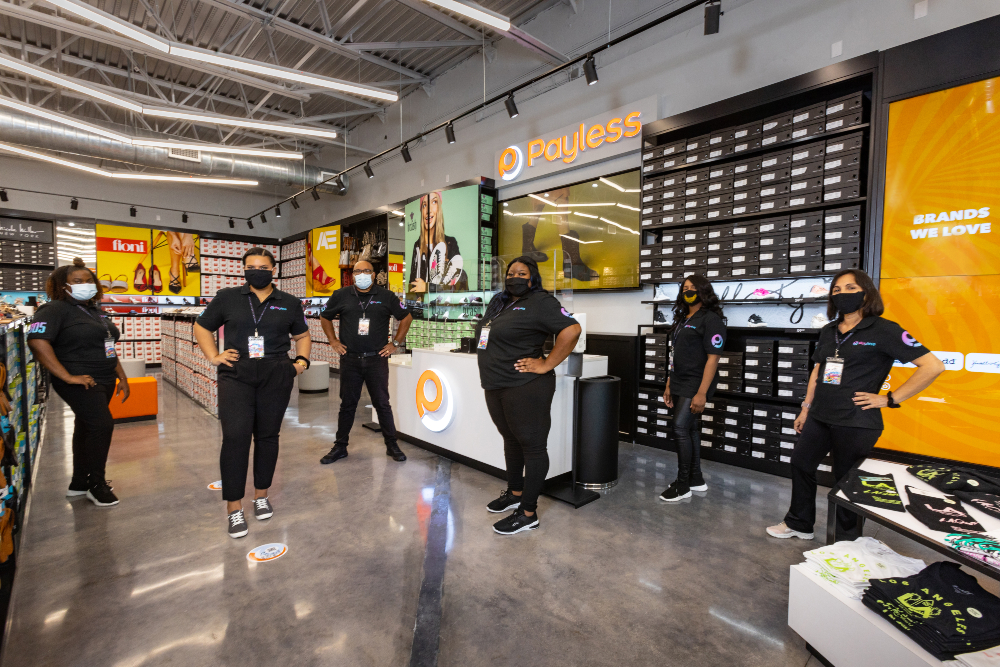 Why Maersk Is Investing in These Emerging Markets

Target Goes Bigger to Get Better

The Payless Miami location marks the first of a series of retail openings in the North American market, the company said. When the brand announced its return to the continent in August, it said its goal was to open 300 to 500 freestanding stores across North America over the next five years. These numbers will place the company’s store count well below where it stood years ago, but Margolis admitted last summer that Payless’ extensive footprint played a part in its downfall.

“We used to have 4,000 stores, and there were about 1,000 that were very profitable,” he said. “It was one of the reasons that the business was not able to survive.”

Margolis said the new locations will elevate the brand’s prices to accommodate growth and increased quality, but he plans to ensure Payless options are more cost-conscious than others on the market. These spacious stores will also be optimized for social distancing, and if shoppers aren’t able to find what they’re looking for in-store, they can have products delivered to their homes. The now-open Miami location will feature roughly 10,000 footwear, apparel and accessories at any given time, Payless said. 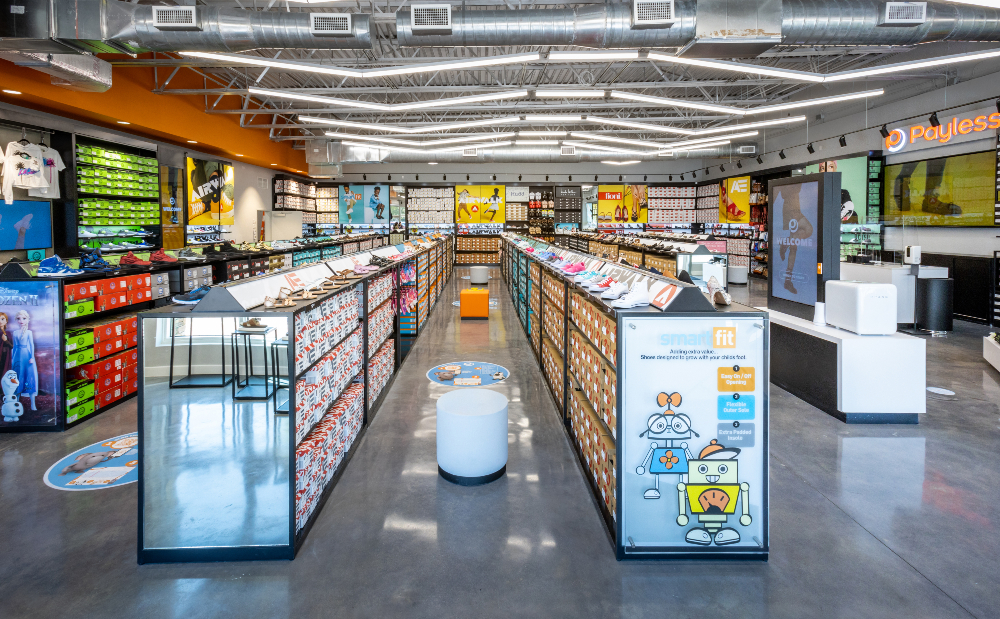 Though Payless left the North America market when it liquidated its business in 2019, it has maintained its international presence. It spans 30 countries with more than 700 stores in Latin America, Africa, the Middle East, Asia and the Caribbean.

Though the pandemic has forced many footwear brands to close retail locations, some, like Payless, are expanding their brick-and-mortar presence. In November, Ugg opened a flagship location in New York City, with a “curated fleet” of similar stores expected to roll out in 2021 and beyond. Then in December, Swiss performance running brand On debuted its first-ever retail store, also in Manhattan.