Stadium Goods is doubling down on both brick-and-mortar retail and its in-house apparel brand, Stadium.

Stadium Goods has been planning to enlarge its SoHo store since it relocated its Market Center in January 2020, Phung Truong, vice president of retail and geographic expansion at Stadium Goods, told Sourcing Journal. Now located at 307 Canal Street, the intake and authentication space had historically occupied the address directly behind the Stadium Goods shop.

The expanded store—it now stretches across the block from 47 Howard Street to 305 Canal Street—introduces a prominent Sock Bar where customers can browse Stadium Goods’ more than 50 sock colorways and either create their own six-pair box or choose from an existing multipack. Other new features include three “museum-quality” showcases spotlighting specialty items, a 360-degree circular cash wrap and artwork from local artists. 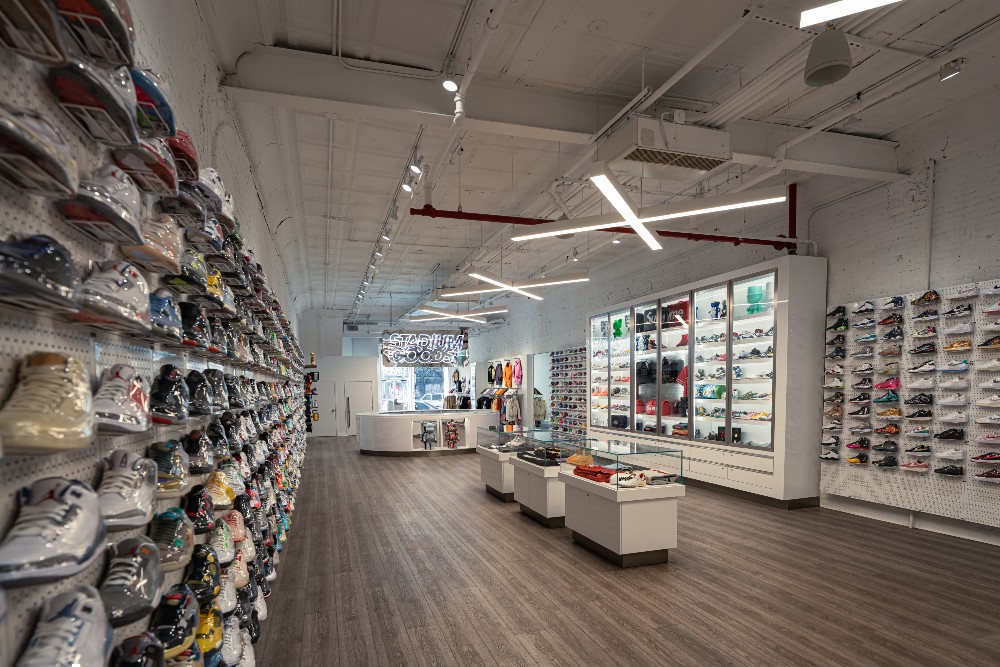 “We had some timing delays given Covid in 2020, but we’re thrilled to be able to show off the new space as cases have started to drop again in NYC,” Truong said. “Our focus hasn’t shifted. Stadium Goods is founded on bringing a premium luxury shopping experience to the world of sneakers and streetwear, and our stores are the physical manifestation of that. We’ll continue to focus on our essential value proposition, because it’s an utterly unique position in the marketplace.”

In the two years since Stadium Goods first began thinking about renovating its store, the Farfetch-owned brand has taken significant steps to ramp up its apparel selection—including by introducing its private-label clothing line Stadium. Headed by Greig Bennett, the former head designer at Orchard Street, the brand released its first collection in March last year. The 11-piece drop included a rugby sweater, tie-dye hoodie, varsity jacket/hoodie combo and casual fleece tracksuit, with prices from $85 to $400.

Having released “no fewer than four major drops last year,” Bennett said, Stadium is now returning with yet another collection. Dubbed “Stadium 2,” the line acts as a continuation and extension of last year’s initial release. 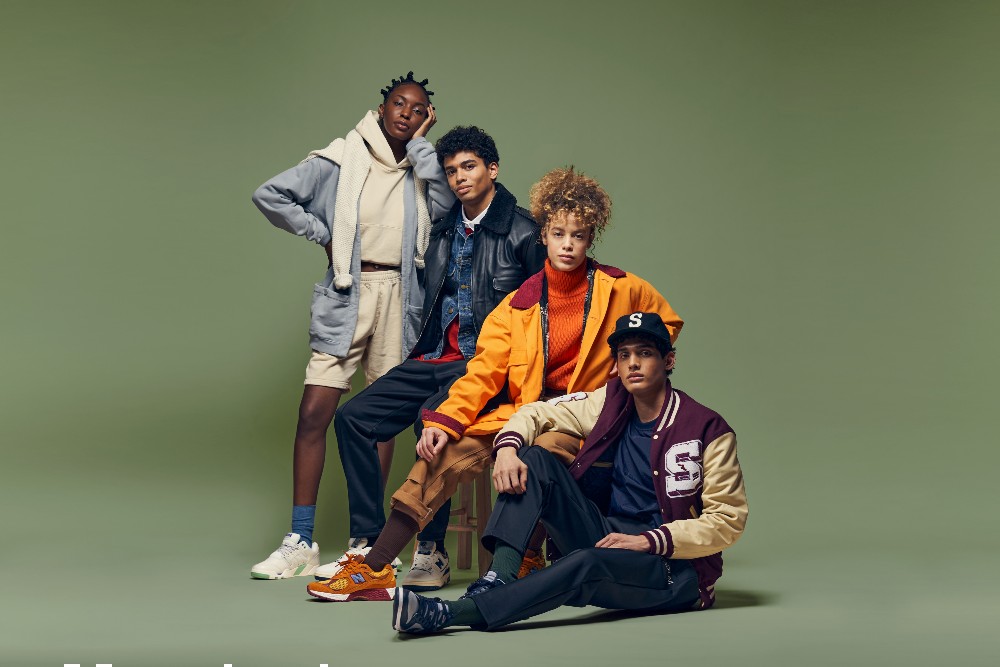 “It’s a collection of luxury basics that builds off the themes expressed in the debut collection: achievement and authenticity, with feet planted firmly both in luxury fashion and streetwear,” Bennett said.

The collection includes a letterman jacket, workwear-inspired barn coats, French terry cardigans, crewnecks and track pants. Prices start at $60 for beanies and top out at $550 for a leather bomber jacket. Some of the pieces are currently on Stadium Goods’ website, but the entire line will be available in-person at the renovated SoHo store.

“Stadium is a huge part of Stadium Goods’ future, and absolutely a central part of our strategy,” Bennett said. “We’ve always been more than just a marketplace, we’re a brand. We’ll have many more drops this year.” 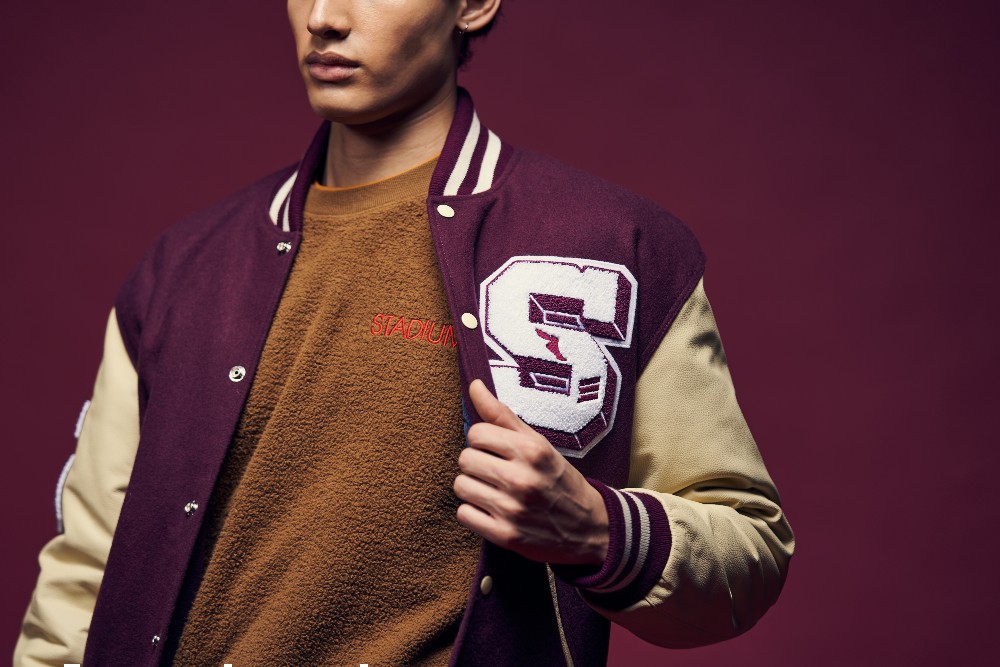 The expanded Manhattan store marks Stadium Goods’ second major retail initiative in the past year and a half. In October 2020, it opened a 6,000-square-foot, two-story location in Chicago’s Magnificent Mile shopping district. So far, the reception has “been great,” Truong said.

“Chicago has such a rich sneaker history, and we’re really proud of the space we opened,” Truong added. “It’s a two-story palace, a real tribute to sneaker culture, and we’ve been thrilled to bring that energy to the Gold Coast.”

This past October, Stadium Goods released its first-ever sneaker via a collaboration with A Bathing Ape, the Japanese streetwear label also known as BAPE. The specially branded editions of the BAPE STA and SK8 STA were launched in limited quantities and for a limited time.