The animal that children flock to ogle at the zoo might be the same one whose skin clads their feet for soccer practice.

Kangaroo leather is back in the spotlight this week after a pair of legislators introduced a bipartisan bill Monday aimed at curbing the commercial killing of one of Australia’s most famous furry faces. Skins from the marsupial mammals have found favor with athletic brands from Nike and Adidas to Puma and New Balance, which use kangaroo leather to craft some of their soccer cleats. PETA, the animal-rights group, says many buyers of kangaroo leather—sometimes referred to as “k-leather” to shroud its origins—claim it’s sturdier than skins derived from cows or goats.

The Kangaroo Protection Act (H.R.917), put forth by U.S. Representatives Salud Carbajal (D-Calif.) and Brian Fitzpatrick (R-Penn.) and assigned to the Committee on the Judiciary, seeks to curtail the market for these animals’ body parts, especially when brands could easily substitute viable material alternatives without sacrificing performance.

“Commercial shooters kill roughly two million wild kangaroos a year to profit from the trade in their skins, despite the availability of alternative fabrics that are of similar or better quality,” Rep. Carbajal said in a statement. “While California has banned the sale of kangaroo products, enforcement of this inhumane practice is lacking.” The bill, he added, would “make it illegal to exploit kangaroos in the United States and impose penalties for violations.”

Slaughtering kangaroos to manufacture cleats casts a shadow over soccer’s global status as “the beautiful game.”

“Nike and other major athletic shoe companies are fueling the world’s largest commercial slaughter of terrestrial wildlife,” said Wayne Pacelle, president of Animal Wellness Action and the Center for a Humane Economy, a Washington, D.C.-based nonprofit that published a list of 72 k-leather cleats at kangaroosarenotshoes.org. “It’s time for the company to shed kangaroo skins from its product lines and embrace 21st-century sensibilities about wildlife protection.”

In Australia, kangaroos are not without controversy. Wild populations have swelled, causing many farmers to view them as pests, according to Michigan State University’s Animal Legal & Historical Center, which pegs the number of kangaroos and wallabies commercially killed in the 20 years through 2013 at roughly 90 million. (It estimated the number of wild kangaroos at 500 million.) The Australian government’s 1985 “Code of Practice” hunting regulations aimed to bring some order to how its wildlife could be killed and by whom. 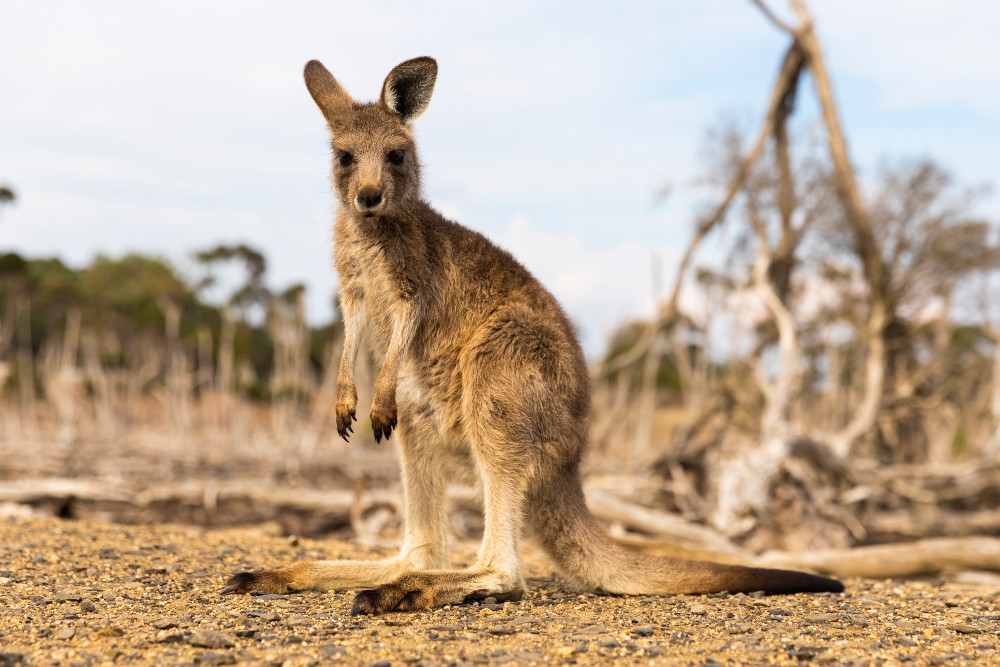 Though kangaroo skins are still found in some football boots, many brands have largely moved on to other materials, which begs the questions of why they even bother sourcing these animal parts at all. In a statement, Puma said kangaroo leather, known for its “firmness and flexibility,” features in just 0.5 percent of its total leather consumption, though it debuted a limited-edition Porsche-inspired football boot Thursday made with a “super-soft K-Leather upper” coupled with 3D touch texture and Puma-exclusive “Lazertouch technology for refined touch and feel on the ball.”

“As a signatory of the Fashion Pact and within the framework of its overall sustainability program, Puma is committed to the preservation and promotion of biodiversity, which includes the population of kangaroos,” it said, noting that its suppliers are bound by rules stipulating the animals’ humane treatment.

“Major sports brands continue to make soccer shoes from kangaroo skins, a throwback to the 1970s, even though today they offer hundreds of models without kangaroo skin, using high tech synthetics and plant-based fabrics that perform better on the pitch,” she said. “These companies have touted their sustainability goals and commitment to the environment yet are still driving this massive commercial kill.”

Adidas, which opposes “kangaroos being killed in an inhumane or cruel manner,” says their leather comprises “significantly below” 1 percent of its total product material mix. “We source the leather exclusively from suppliers that are monitored and certified by the Australian government, ensuring both animal welfare and the conservation of species,” it added.

Meanwhile, Nike says though it has “worked proactively to phase out exotic skins from our products including snake, lizard and crocodile,” kangaroo leather composes a “small portion” of its football boots, largely do its “unique properties.”

“We work with our leather suppliers to source animal skins from processors that use sound animal husbandry and humane treatment, whether farmed, domesticated, or wild managed,” it said in a statement Wednesday, reiterating its commitment to “promoting sustainability in our operations.”

If it clears any legislative hurdles and becomes law, the Kangaroo Protection Act of 2021 would keep kangaroo leather out of the United States, the second-largest market for products made with the material, after the European Union, where football fever casts its spell on millions. Puma, which said it is in “compliance with all applicable laws” in the U.S., confirmed it would cease selling kangaroo-derived items on American shores should the act go into effect. Nike, which has “not yet had a chance to review the proposed legislation,” added that it routinely updates its “systems to support ongoing compliance with existing and emerging regulations.”

New Balance did not respond to requests for comment. Former Congressman Robert Mrazek last introduced his version of the Kangaroo Protection Act in 1988.