Though Nike remains the largest name in footwear, a recent surge in popularity has pulled Adidas ahead in U.S. consumers’ hearts.

According to the investment bank’s online survey, 34 percent of U.S. consumers named Adidas as their favorite athletic shoe brand, up dramatically from 22 percent last year and 9 percent in 2018. Nike, meanwhile, fell from 31 percent in 2020 to 24 percent this year. Skechers, with 6 percent, came in a distant third.

Adidas just edged Nike out in athletic apparel too, with 24 percent selecting it as their favorite versus the 23 percent who chose the latter. Adidas’ showing represented a 10-point jump from last year, when it ranked third. This came largely at the expense of 2020’s No. 2 brand, Under Armour, which fell seven points to 8 percent. Champion, Jordan and The North Face all posted three-point drops.

Adidas also nabbed the top ranking in awareness among athletic shoe brands, with 98 percent of respondents saying they had heard of it, compared to 90 percent in 2019. Puma saw a notable increase too, jumping from 80 percent to 87 percent. Nike remained mostly static, inching up from 92 percent to 93 percent.

Nike held on to the distinction of most-owned athletic footwear brand with 58 percent of respondents saying they owned a pair of its shoes. Adidas, though still second, improved dramatically compared to 2019, rising 15 points to 53 percent. Puma saw the second-largest improvement as it rose five points to 24 percent ownership. This put it on an even footing with Nike’s Converse brand, itself on a five-point downswing.

Consumers nationwide may say they favor Adidas, but Morgan Stanley’s research found Nike remained the top athletic shoe brand bought in the past 12 months. Thirty-six percent of respondents said they bought Nike shoes, compared to 34 percent who said the same for Adidas. Despite its No. 1 status, Nike saw the largest drop-off of any brand, seven points, when compared to 2019. Adidas, on the other hand, climbed seven points.

Nike also led the way in purchase intention. Thirty-five percent said they planned to buy the brand’s shoes in the next 12 months, compared to 29 percent who expect to purchase from Adidas.

Adidas saw gains when looking at athletic apparel too. Fifty-four percent of respondents said they currently owned Adidas apparel, a 13-point increase compared to 2019 and a two-point advantage versus Nike. An equal proportion, 35 percent, said they bought from each brand in the past 12 months thanks to improvement from Adidas and a decline from Nike.

Nike, however, continues to reign when it comes to purchasing intent. Thirty-nine percent said they plan to buy Nike apparel in the next 12 months, compared to 33 percent who expect to purchase from Adidas. Under Armour saw the most significant decline versus 2019 as it tumbled 11 points to 17 percent.

Though Adidas is narrowing the gap with consumers, Nike remains well ahead from a purely financial view. Morgan Stanley, citing company data, reported that Nike recorded $11 billion in apparel revenue last year, well above Adidas’ $7.7 billion. The Oregon-based company stands even further ahead in footwear, with $24.1 billion in revenue to Adidas’ $11 billion. 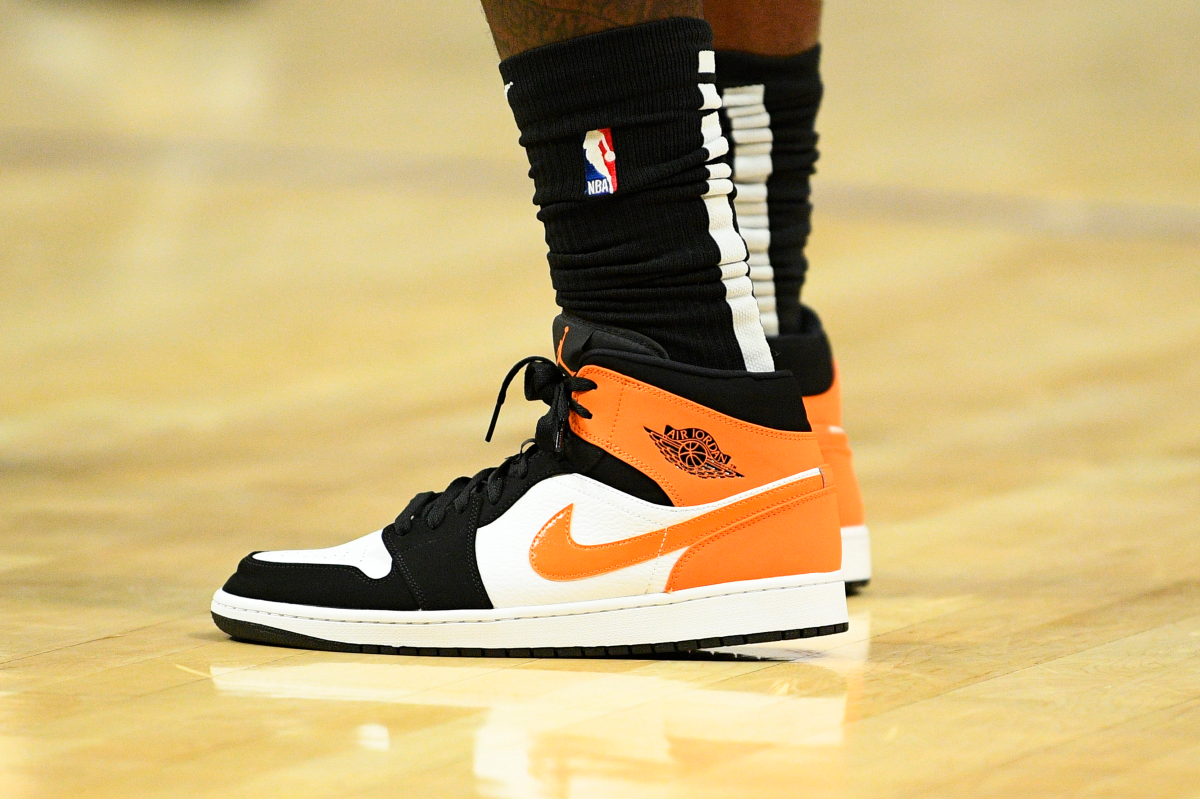 In sportswear, Nike’s share of the market grew over the same time period, from 16.8 percent to 17.7 percent. Adidas also improved, going from 6.1 percent to 6.8 percent.

Other trends in athletic footwear and apparel

Morgan Stanley noted that its research supported expectations that both the U.S. and global sportswear markets will continue to grow faster than the general apparel and footwear markets.

Though overall athletic shoe buying remains steady—88 percent of U.S. consumers said they bought athletic shoes in the last 12 months both this year and in 2019—the categories generally perceived as “Covid-friendly” did see improvement in the investment bank’s survey. This year, for example, 49 percent reported buying walking shoes in the last year, up 10 points compared to 2019’s 39 percent. “Aerobic/fitness” shoes saw a four-point improvement and running climbed two points.

On average, consumers spent $183 on athletic shoes in the last year. Fifteen- to 17-year-olds reported spending the most of any age group, $236, a sign of the outsized influence of sneakerhead culture on youths today. By comparison, the next age segment, 18- to 24-year-olds, reported paying an average of $146 for athletic shoes.

Morgan Stanley found consumers to be less price sensitive when purchasing athletic shoes compared to prior surveys. When looking at running shoes specifically, only 32 percent of respondents identified price as one of their top three considerations when making a purchase, down from 45 percent in 2019. At the same time, quality climbed 11 points, with more than half, 54 percent, calling it a top priority. Comfort, meanwhile, remained on top, with 61 percent identifying it.

Among retailers, Amazon continues to dominate athletic footwear and apparel. More than half of respondents, 51 percent, said they bought athletic shoes from Amazon in the last year. Walmart and Target—two stores that were largely able to stay open throughout the pandemic—came in second and third with 24 percent and 15 percent.

Amazon had a slightly smaller hold on apparel. Forty-six percent said they had bought athletic apparel in the past 12 months, versus 28 percent who said the same for Walmart and 21 percent for Target.

Morgan Stanley conducted its online survey of 1,500 people in April. Its pool of respondents only included U.S. consumers ages 15 to 54 who had bought athletic shoes or apparel in the past 12 months.