Calls from the industry and its increasingly conscious consumers appear to be resonating across the material sourcing space.

Global suppliers rolled out their most eco-friendly fibers and fabrications at last week’s Sourcing at Magic trade show. The event has sought to shine a light on producers working toward a greener and more ethical future for the industry in recent seasons, primarily through a Sustainability Gallery displaying the latest efforts of manufacturers, mills and material innovators.

Growing interest in the space isn’t just prompting more sustainable development, though. According to Lin, appetites for eco-friendly options increase the risk of greenwashing. Out of the show’s 750 Sourcing exhibitors, about half designated themselves as sustainable businesses upon registration, Lin said. A far smaller number underwent Hey Social Good’s auditing process, and less than 20 met the group’s social and environmental criteria. When it comes to the trend toward sustainability, “even the word itself has become greenwashing,” Lin said.

Still, she believes that a sector-wide shift is underway. Lin said that the exhibition has raised awareness about sustainable sourcing among brands, buyers and producers, many of whom have approached her organization for help developing their own sustainability roadmaps. “Last fall, we launched a social guidance program for businesses that haven’t begun their sustainability journey,” she said, pointing to Los Angeles’ California Textile Group as an example. The Downtown, L.A. mill worked through an eight-week, module-driven curriculum to develop a five-year plan for reducing environmental impact and driving social compliance, she added.

Lin also believes that industry stakeholders are beginning to view sustainability as a strategy that can better their businesses, instead of a fad or a marketing tool. “If you’re looking to develop a regenerative feedback loop for your business, if you want buyers to keep coming back to you, you have to invest [in sustainability],” she said. “This is better for your bottom line.”

One Bangladesh-based exhibitor featured in the Sustainability Gallery, Aus Bangla Jutex Ltd. has built a business on upcycling waste, utilizing post-production scraps from garment factories as the feedstock for woven fabrics used in products like tote bags and backpacks. “Bangladesh is the second-largest manufacturer and exporter of garments” in the world, brand director Ibnul Wara said, adding, “You can imagine the amount of waste that comes out of these garment factories.”

Aus Bangla Jutex uses a 100-percent dry, mechanical process to create new yarns from cotton and polyester fabric scraps. The group collects cutting floor waste from neighboring factories and then sorts the scraps by color, shredding them and re-spinning them into new yarns that are 70 percent recycled cotton and 30 percent recycled polyester. The yarns are then woven into a durable canvas. “There’s no dyeing involved, so you’re saving water and saving energy,” Wara said.

“This is such a big industry in Bangladesh—there are hundreds of factories next to ours that produce ample waste” which acts as a feedstock for the group’s creations. Those factories are just as eager to develop a channel for their refuse, Wara said. “Some of the larger brands have nominated us to collect waste from their producers, and use it to make bags for them,” he added. The system gives fashion firms an outlet for material that would otherwise be destined for landfill, upping their sustainability profiles and creating an accessible circularity story at the same time. 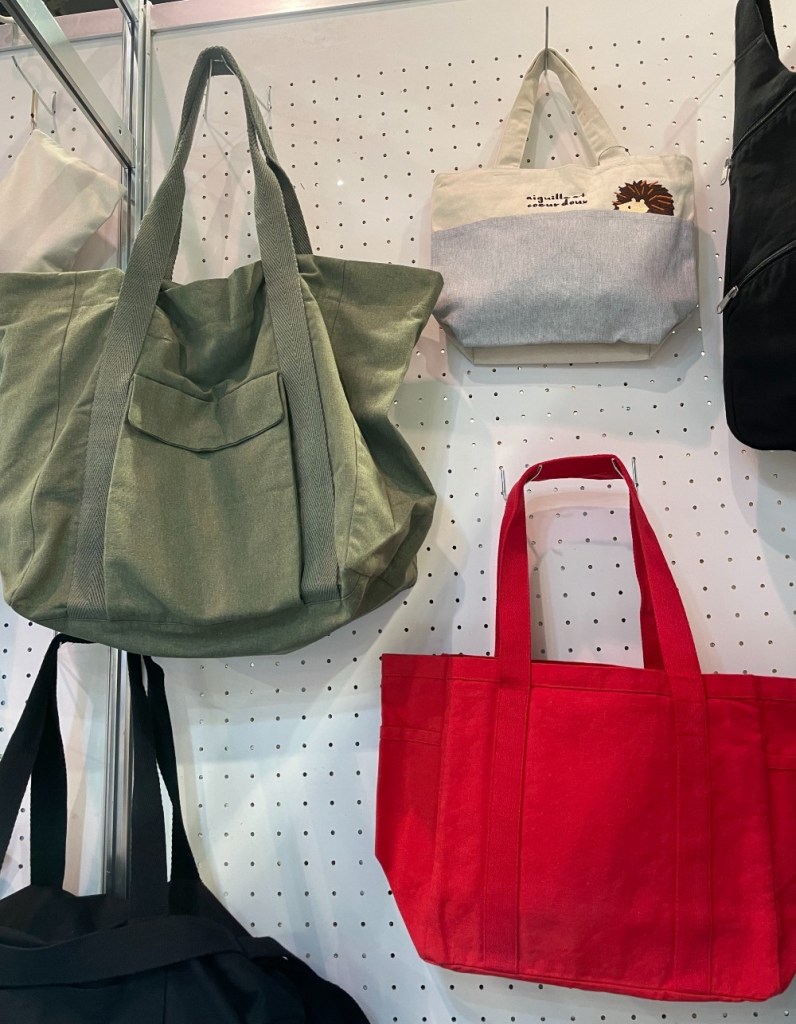 The company decided to focus on canvas bags as a means of differentiating itself from other players in the country’s ready-made garment (RMG) sector. “If you’re looking for a sourcing destination for RMG outside of China, Bangladesh is the first name that comes up,” Wara said, “but it is also important for Bangladesh to diversify our exports.” While garment producers have been working to upcycle textile waste into yarns for new knit products like T-shirts, the market for recycled woven materials is largely untapped, he added. The strength of the group’s recycled canvas fabric lends it to use across categories.

The animals, native to Peru, have existed in the same habitat for more than 5,000 years, according to the group’s international business manager, Juan Pablo Rivera. They thrive in mountainous areas and can survive at high elevations unsuitable for farming food crops, he said, making them less of a drain on natural resources than other livestock. More than 100,000 families in Peru depend on alpaca farming for their livelihoods, he added. 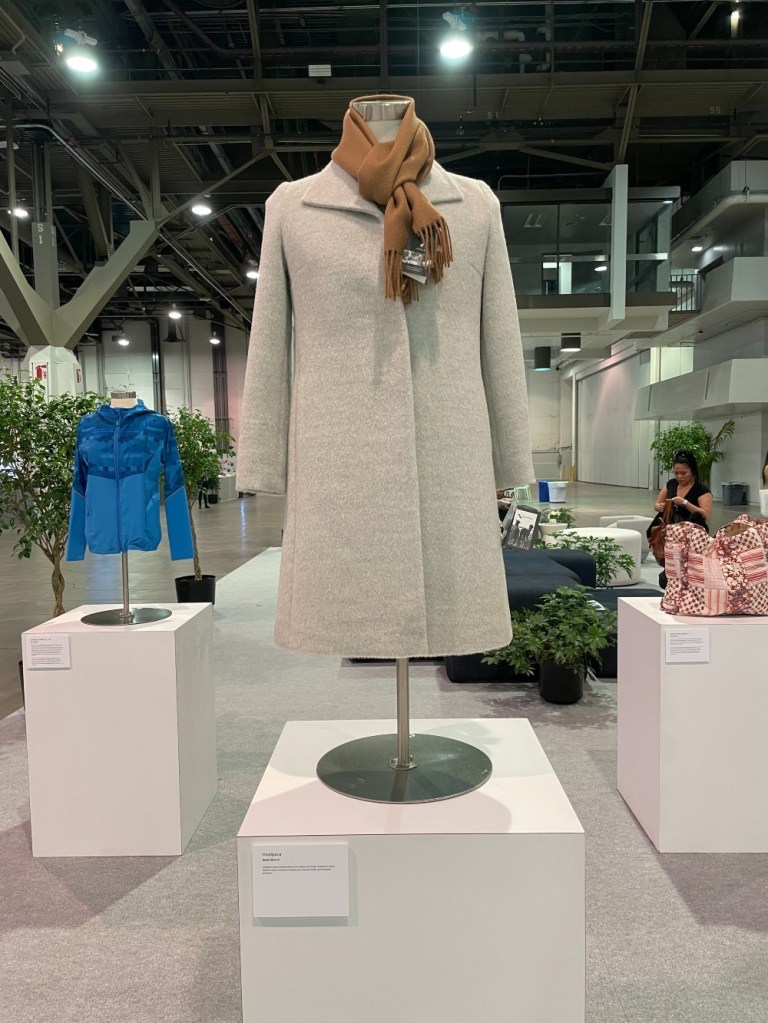 Alpaca wool is also favored for its diverse natural color palette, which includes shades of black, cream, brown and beige. Combining fibers from different animals can produce lighter and darker shades, like heather grey or camel tones. “We can produce up to 22 different shades,” Rivera said, noting that this drastically reduces the need for dyeing, offering massive water savings. Because the animals are larger than sheep or goats, they each produce a greater volume of fiber. Those fibers are also longer than smaller animals, lending greater fiber integrity to alpaca yarns.

Those qualities set alpaca farming apart from the farming of other livestock for textile use, Rivera said. The Fair Trade, WRAP-assessed company is also working with the Peruvian government’s Carbon Footprint initiative to measure and reduce environmental impact across its factories, with the intention of receiving a certification from the group within three years. Incalpaca has formed its own circularity program, dubbed Re/Up Cycle, wherein scraps, textiles waste, leftovers and deadstock are made into new products or spun into new fibers, to support that effort.

Marketing manager Andres Chaves Cuzzi believes that one of the material’s greatest benefits is its durability and longevity. Incalpaca works with premium and luxury brands from Eileen Fisher to Missoni, and Cuzzi said that alpaca garments represent a counterpoint to the cheap, fossil-fuel-derived fibers that permeate the fast fashion landscape. “It’s not about buying more, it’s about buying better,” he said. “These garments or accessories, like blankets or coats, are going to be in use for years, or even generations.”