The hunt for the most viable vegan leather has been quietly underway for seasons now, with a number of plant-based formulations gaining traction with footwear and accessories brands throughout the industry. Shoppers and brands alike are avidly seeking out alternatives to materials, like cow-hide leather, that emit pollutants into the world’s waterways and cause adverse environmental impacts.

But whether they’re made with mushrooms, pineapple leaves, wine or microorganisms, these niche, bio-hacked solutions still largely lack what they need to scale. That could all change, according to cactus-leather-based accessories brand Cacto’s founder, Jesus Chavez, if a new generation of entrepreneurs commits to “break paradigms” and grow their businesses with an eye toward curbing emissions. It is “not only feasible, but the smartest, fastest, and most responsible way to grow,” he said.

The small leather goods label is attempting to bring greater awareness to its range of cactus leather products—made from plants in Mexico harvested and processed by material manufacturer Desserto—and is doing so by examining its carbon footprint as a whole. According to Chavez, the effort to overhaul its supply chain’s impact has resulted in Cacto’s claim to the title of “the first carbon-negative fashion company in the Americas.”

“Carbon neutrality is no longer enough—becoming carbon negative is necessary to avoid the worst consequences of climate change,” he said. In order to limit global warming to 1.5 degrees Celsius and as laid out in the Paris Agreement—and avoid catastrophic levels of global warming—the world must reach net zero emissions well before 2050, he added.

Ganni is Now a Banana-Boosting B Corp

Cacto’s carbon cutting efforts are built into its business model, and the emissions the brand does generate are being addressed with robust offsetting efforts, he said. “Cactuses, the most abundant plants in Mexico, are extraordinary carbon sinks,” Chaves said, adding that the vegetation captures CO2 found in the atmosphere, trapping it underground as calcium carbonate. Desserto’s 14 acres of organic Mexican cactus fields in the state of Zacatecas can absorb 8,100 tons of CO2 per year, while only generating 15.3 tons of the colorless gas annually. He noted that only mature leaves are cut from the cactuses, and they take just six to eight months to grow back, making the process fully regenerative and sustainable.

From there, Desserto “tans” the cactus skins using a process that is free of toxic chemicals and heavy metals, Chavez said, and the finished material is transported to the brand’s studio in Guadalajara, where artisans craft the finished products. “Our supply chain is almost entirely Mexican by design,” Chavez said, “to reduce emissions from transportation.” The only exception is a bamboo viscose fabric lining from Japan, he added, along with bamboo duster bags and 100-percent recycled cardboard packaging.

While the process of growing and developing the material has a low carbon cost, Chavez believes that nascent operations like his “will be critical drivers in the transition to a zero carbon economy.” Small and medium-sized businesses make up more than 90 percent of the global business population, according to 2019 Salesforce data, so any and all environmental impacts count, he said.

“We have a partnership with Swiss nonprofit On a Mission and we offset 150 percent of our CO2 with sustainable reforestation projects worldwide,” Chavez said. According to the founder, the measurement and offsetting process will take place every six months for the next decade, and through a number of emerging partnerships, the company plans to offset at least 100 percent of its own emissions by the end of 2021. 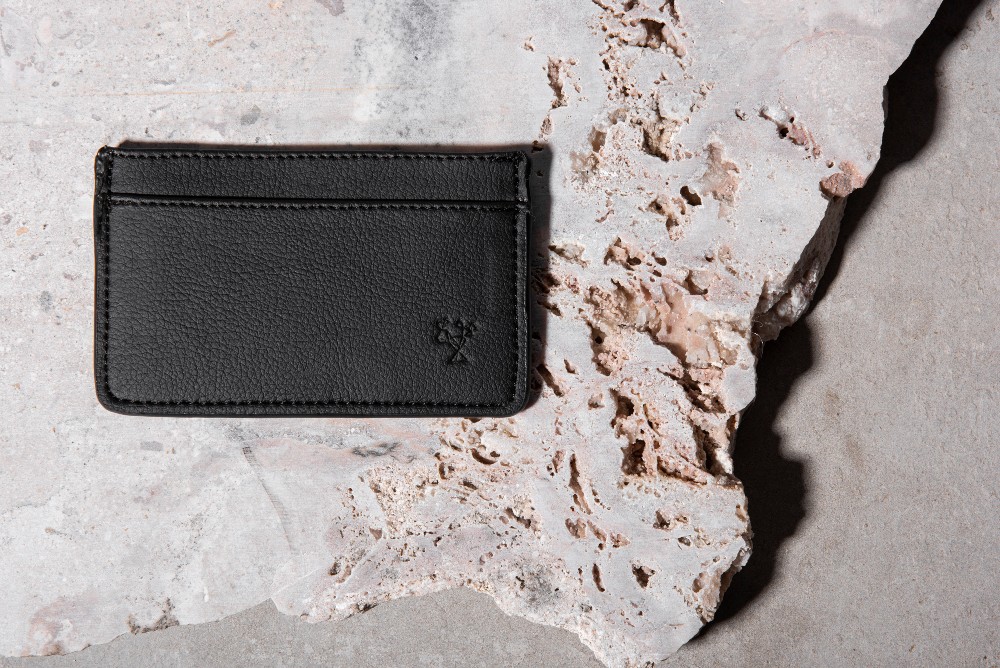 “If we want to succeed in reaching net zero carbon emissions well before 2050 and avoid the worst consequences of climate change, we must all work in concert in whatever capacity we are able to,” he said, noting that brands must be ambitious in their efforts and willing to collaborate with groups in and outside of the fashion industry to move the needle.

“Industries across the board need to benefit from existing technology and offsetting programs to become carbon negative and invest in new research and innovation to reach that goal faster,” he added.

“The decisions we make this decade will determine the fate of humanity for centuries to come,” Chavez said. “We are the ones we’ve been waiting for. It is up to us now.”