Simone Cipriani, chairman of the United Nations Alliance for Sustainable Fashion, remembers being asked what consumers will say about sustainability in 2030.

“My reply was, ‘They will say, why did we wait so long to act on sustainability?’” he told Sourcing Journal. “Why didn’t we start before?”

As tens of thousands converge on Glasgow for a critical United Nations climate summit that kicks off Sunday, experts warn that the fashion industry must not ignore its own extensive impact.

While it’s true that few can agree on apparel and footwear production’s precise impact—is it responsible for 3.7 percent of the world’s carbon emissions? Or is it 10 percent?—quibbling over figures shouldn’t get in the way of action when rising temperatures are threatening to surge past 1.5 degrees Celsius from preindustrial levels in less than two decades, bringing with them increasing droughts, floods, storms and other weather-related crises.

“Even if [brands are] accountable for 1 percent, that’s 1 percent that needs to be cut,” George Harding-Rolls, campaign adviser at Changing Markets Foundation, a corporate watchdog based in London, told Sourcing Journal. “We don’t have any wiggle room on the carbon budget.”

A new report by fiber nonprofit Textile Exchange and sustainability consultancy The Climate Board found that as many as two-thirds of brands that have announced Scope 3 targets are “not on track” to achieve absolute Scope 3 emissions reductions in their indirect operations. The report also observed a “goal paradox,” whereby aggressive climate targets don’t necessarily line up with actual emissions reductions, especially when it involves Scope 3 cuts. Since more than 90 percent of supply-chain emissions hail from Scope 3 sources, fashion companies need to step up efforts, it said.

Mavi Earns Accolade for Being a Climate Leader

Polyester From Pollution Gets $23 Million to Scale

“With the fashion industry, it’s the contrast with what [brands are] saying versus what they’re doing,” Harding-Rolls said. “It’s very, very easy to make these commitments but it’s very, very hard to follow through with them. But we’d like to at least see them trying, and I think that’s where the question marks are raised.”

In Stand.earth’s August study of 47 leading brands and retailers, only three—Asics, Mammut and REI—were found to have set climate targets bold enough to meet the scale required to align with the 1.5-degree Celsius pathway. Graded from A to F, no brand rated above a C-. Even sustainability North Stars such as Eileen Fisher, Patagonia and Kering racked up low to failing scores on impact areas such as climate commitments, energy-efficient manufacturing, renewable energy advocacy, low-carbon materials and greener shipping. An addiction to fossil fuels, the climate nonprofit said, is largely to blame.

The “runway to 2030” is getting shorter every day, yet the industry continues to stall, Muhannad Malas, senior climate campaigner at Stand.earth previously told Sourcing Journal. “It’s quite troubling to see the persistent inaction in the sector,” he said. “We’re less than eight-and-a-half years away from 2030. And we continue to see companies putting out more promises and making commitments, but not really backing up their commitments with action.”

Toward a post-growth economy

In a statement about the 2021 United Nations Climate Change Conference, colloquially known as COP26, the Union of Concerned Researchers in Fashion (UCRF) urged an entire systems reset from “economic growth logic” toward the “service of Earth in order to unleash new opportunities for all species and future generations.”

“As a changed system purpose for fashion is set within planetary boundaries, UCRF calls for [a] clear commitment to planned pathways to transition to a more diverse and smaller fashion sector within 5-10 years,” said the organization, which was founded in 2018 by fashion academics Kate Fletcher, Lynda Grose, Timo Rissanen and Mathilda Tham. “The existential threat of climate change necessitates that work is focussed on increasing the uptake of diverse ‘other ways’ in the fashion sector that break apart underlying ideologies and approaches. UCRF views that this will contribute to changing what it means to know about fashion and how to act in times of planetary emergency.”

Because change is a process, the UCRF said it’s important to continuously ask “critical systems questions,” such as who stands to gain from or suffer under policies and decisions.

“While interventions into an unsustainable status quo are needed, the wholesale celebration of ‘disruption’ has a tendency to leave its consequences unquestioned,” it said. “So far, too many cases of tech-driven “disruption” have shifted agency towards platforms, made labor invisible and have stripped unions of power. If disruption is to happen, UCRF insists more pertinent questions are asked: What populations and organizations will bear the costs of the change? Who will clean up the debris of the broken system?”

The work of transitioning to a “post-growth economy” won’t be easy, the organization agreed. “It can be challenging and fear-inducing to stand up in the face of opposition from the status quo and ideology of unrestricted growth,” it said. “UCRF stands in solidarity with all those who meet resistance in their work or who are acting for systems change in difficult circumstances and against vested interests. At this critical juncture for the climate emergency, UCRF calls on all actors to choose courage and action.”

On Tuesday, multiple industry groups, including Fashion Roundtable, Fashion Revolution, the Centre for Sustainable Fashion, Common Objective, Eco Age and The Sustainable Angle published an open letter underscoring the role fashion can play in the climate crisis “should leaders recognize this importance and act accordingly to encourage and pursue change.”

“COP26 is a fantastic opportunity to remind the world’s leaders, not only of the importance that the fashion industry plays in the global economy, but also that many of us are united in seeking new ways of doing business, which place people and planet first,” said Tamara Cincik, CEO of Fashion Roundtable, which lobbies U.K. lawmakers to improve fashion-related policies. “The world’s precious resources are finite: we need to embed a resourceful and collectively responsible business model into how we shift from a linear to a circular economy. This call to action is a united voice and we hope that the world’s leaders take this moment to address the climate crisis, with the solutions and far-reaching policies it requires from all of us.” 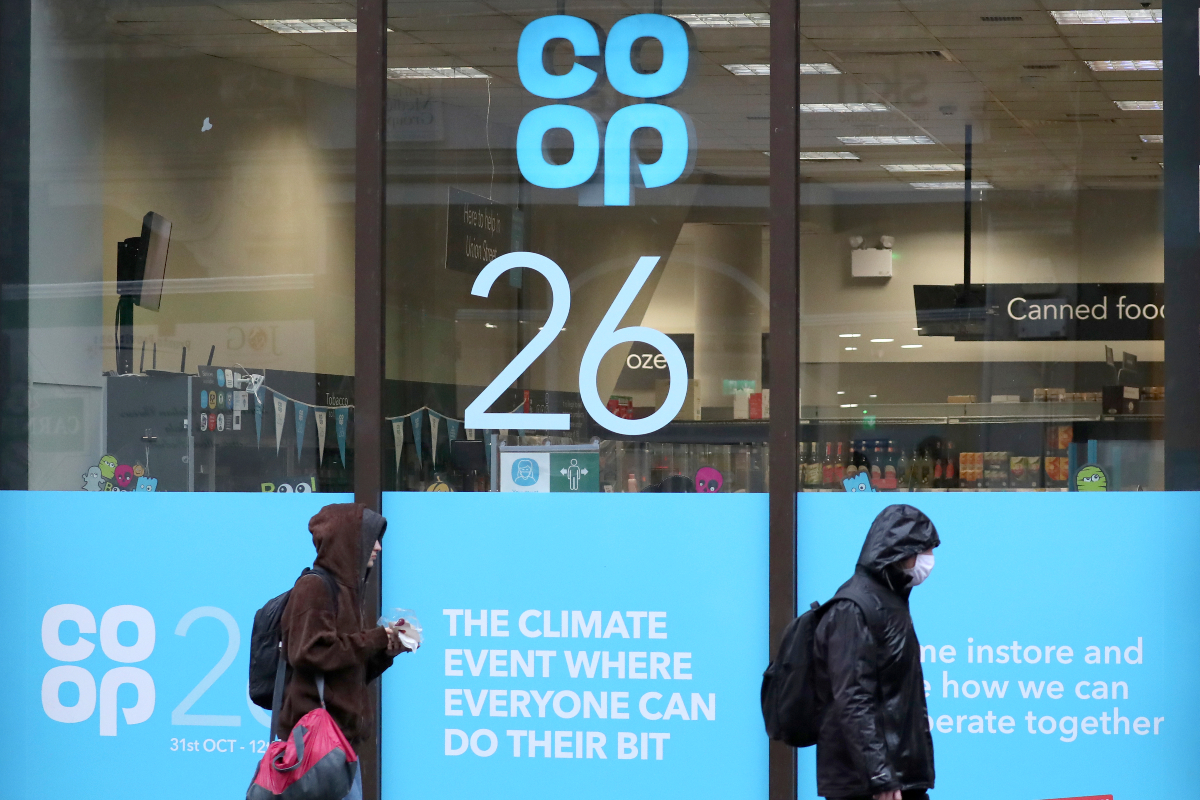 The cri de coeur called for collective action to achieve net-zero emissions no later by 2050. It also urged businesses to promote resourcefulness in waste elimination, show increased responsibility toward their global supply chains, support skills development that encourage schoolchildren to make, repair and reuse their clothes, and frame climate-change solutions around business models that “shift the focus from profit and loss to a just transition toward the wellbeing economy.”

“The collective ingenuity of the fashion sector is world-changing and we have a very clear brief, set out by science, citizens and nature’s screams,” said Dilys Williams, founder and director of the Centre for Sustainable Fashion, a research center based at the London College of Fashion. “Fashion can put Earth and equity at the heart of its activities, but until the current license to do harm is taken away, until legislation supports restorative practices, all of the ingenuity in the world will be outsized by a lack of will to change at world government level.”

The digital version of the Copenhagen Fashion Summit, which took place earlier this month, also questioned the long-term viability of linking business profitability with ever-increasing production.

“Most business growth is still predicated on more people buying more goods, but this current business model is unsustainable, putting further strain on our planet and people,” said Federica Marchionni, CEO of Global Fashion Agenda, the Danish think tank that organizes the summit every year. “We must stop fueling alarming trends as we face a code red for humanity and are in a dark place for social justice. It is necessary that companies innovate new business models that deliver true stakeholder value [and] shape consumer needs in line with planetary boundaries, protecting biodiversity, promoting safe work environments [and] a better wage system.”

Global Fashion Agenda argued that it’s possible to “make more from less.” At present, one-third percent of clothing made isn’t sold, it said. Another one-third makes it off the racks, but only at an average 25 percent discount. With the fashion industry worth an estimated $1.7 trillion annually, the organization estimates that more than $200 billion of value is lost every year from markdowns. If brands, retailers and governments banned discounting, selling all garments at full price, then the same value could be created with roughly 12 percent fewer clothes, it said.

Circularity could offer another pathway. Brands can create value, repeatedly, by earning more from each garment through recurring rental, resale or refurbishment, therefore reducing the number of garments needed, Global Fashion Agenda said.

“We are only at the beginning of the needle change as what we really need to achieve is a system change,” Marchionni said. “Addressing complex challenges [and] interconnected issues can only be attained with a systemic change, which starts by catalyzing, enabling and supporting the progress of the change.”