For Days made a name for itself building a circular business that at one time let consumers subscribe to the high-quality basic wardrobe staples they reach for regularly. For a fee, conscious consumers were able to sign up to receive cotton T-shirts, sweatpants and more that could be shipped back and recycled through the Los Angeles e-commerce startup once they’d reached the end of their useful life. The idea, founding CEO Kristy Caylor said in 2018, was to replace our “produce, purchase, pollute” modus operandi with a system that encourages shoppers to “receive, return, recycle” instead.

And while that now-defunct model was useful for nurturing customer relationships and bringing circularity to the fore, Caylor says For Days’ goal has always been to “align incentives in value and values.” The fruition of that evolution is the Swap Closet, which the CEO told Sourcing Journal represents the vision of a “less-structured subscription” that puts the customer “more in the driver’s seat.”

Launched Thursday as a virtual wardrobe system, the Swap Closet applies a monetary value to the For Days clothing purchased by consumers, who then apply that “credit” when they want to shop for any of the company’s other goods. “You can literally barter with your old clothes for new clothes,” Caylor said.

Customers have a “swap bank” that tracks their credits, and products prominently display their swap value, encouraging shoppers to exchange linear for circular thinking. Consumers are left to decide how to use their credits; a couple of T-shirts could be traded in for higher-value sweatpants, for example, though the VC-backed startup takes a hands-off approach to exactly how shoppers utilize their “rotating…closet in the cloud.”

Patagonia Tees Up New Clothes Made From Customer Castoffs

The new offering complements the take-back bag, which, similar to ThredUp’s closet cleanout kits, for $10 gives consumers a convenient way to ship any garments they don’t want to For Days for resale, recycling or repurposing. The idea is for people to “clean out the crap,” which means most of the well-worn items flowing into the firm end up downcycled through external mechanical recycling partners into rags and other textile goods, admitted Caylor, who said the company prioritizes for resale where it can.

Some items get a glow-up through “upcycling creators,” a term Caylor says she “made up.” Platforms like TikTok and Instagram have spawned a movement of largely Gen Z creatives who show followers how to combine thrifted garments into unique new fashion. For Days got in on the action last year, splicing together two half shirts further jazzed up with a different-colored pocket.

Though For Days originally tapped GOTS-certified organic cotton to craft its wares, it has introduced more recycled cotton products, which have garnered an “encouraging” response from its customers, 70 percent of whom are 34 or younger. Caylor says this audience is advancing the mindset of “I don’t need to own things forever,” though the near-term For Days roadmap has “new categories in the pipeline” catering to a broader “addressable demographic.”

Wovens, for example, are slated to launch at the end of March, which will also see For Days expand its loungewear offerings, said Caylor, who is “contemplating how we want to launch denim.” Also potentially on the horizon: footwear, swim and active, categories that would pull For Days outside its cotton-heavy comfort zone and likely benefit from industry partnerships. 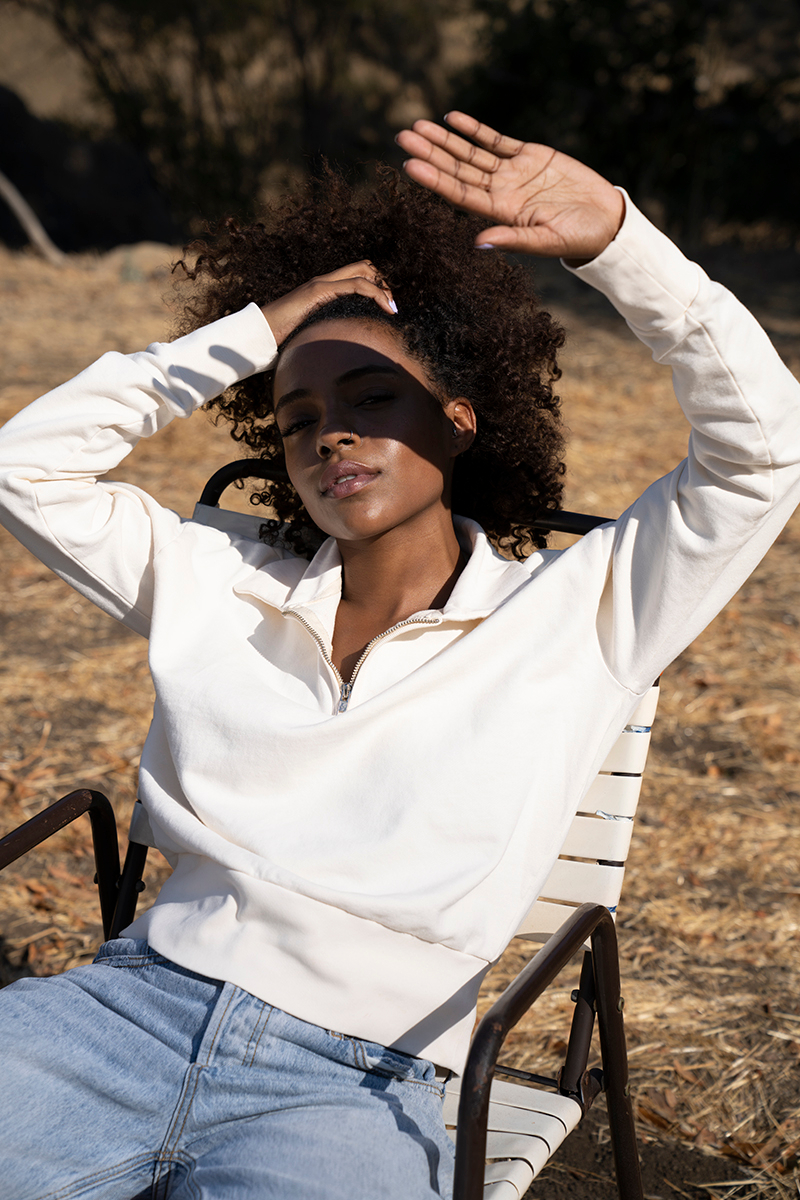 Even though return rates are very low, For Days is seizing on the fashion e-commerce trend toward fit tech tools. Wair’s AI-powered fit solution, which emerged from stealth in November deployed with Rhone, Cuts Clothing and Superdry, will steer For Days shoppers toward the sizes that best work for their figures. “Digital tools that help people find their fit are really essential,” said Caylor, adding that Wair felt like the most “integrated” fit tech experience the company encountered.

With garment production in Morocco and Portugal supplementing Los Angeles manufacturing, For Days is banking on consumers looking to evolve how and when they access new clothing. “Ideally, more of your closet kind of floats in and out very seamlessly—it doesn’t pile up,” Caylor said of the chronic American problem of overstuffed, underutilized wardrobes. “We make it very, very easy for you to have that…ongoing relationship with your products.”