In a first of its kind pop up, the brand showcased and sold repaired and renewed items rescued as part of a partnership with The Renewal Workshop. The pairing was a first of its kind for The Renewal Workshop, too, as the company committed to recovering unsellable inventory has worked largely with outdoor brands rather than fashion, partnering with companies like The North Face.

For Mara Hoffman, the idea is about extending the life of its garments.

“Our ultimate goal is circularity, but for this purpose it was to look at how do we take garments that didn’t really have a chance to be sold and how do we renew them and repair them,” Mara Hoffman VP of sustainability Dana Davis, said.

Rather than discarding items with simple defects, Mara Hoffman sent the damaged inventory to The Renewal Workshop to be repaired, cleaned and renewed.

As part of the process, all products are first cleaned using waterless technology, according to The Renewal Workshop director of sales Michelle Flores.

“It’s a liquid CO2 that combines with detergent and goes through a sort of normal washing process sans water and then comes out dry. So there’s very minimal waste,” Flores said, adding that the Oregon-based factory only has to empty a small bucket of sludge roughly every six months, which it disposes of as biohazard.

Repaired Mara Hoffman product comes with a co-branded The Renewal Workshop tag, which certifies the product was renewed in the U.S. 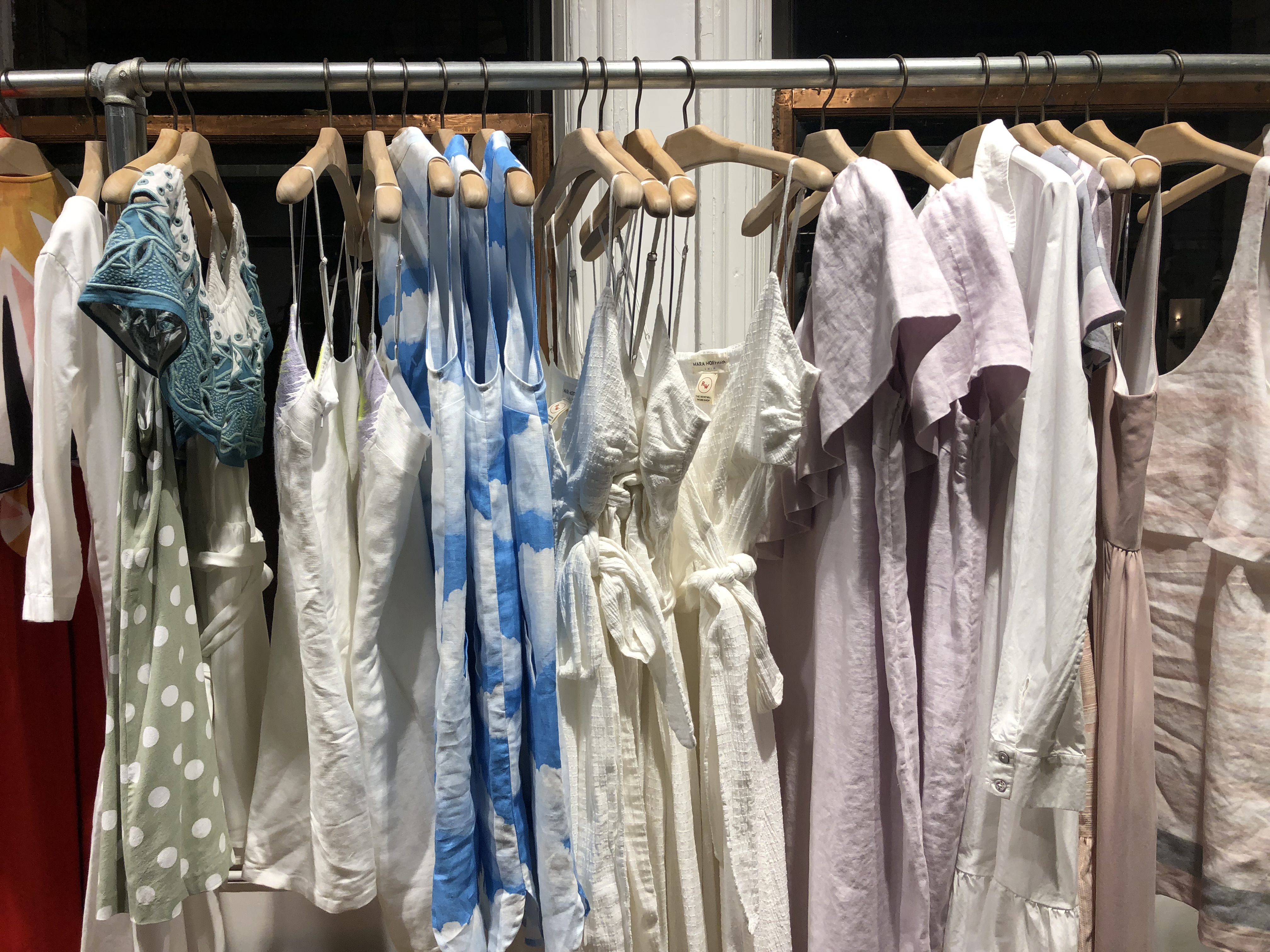 Already known for her sustainable design ethos, Mara Hoffman, founder of the eponymous women’s fashion brand, wanted to take the company’s eco efforts a step further, which led to The Renewal Workshop partnership.

“One of our major goals is to close our loop and really become fully circular in the way that we’re doing things, so this was kind of a no-brainer for us to be able to partner up and find somebody who could support this initiative,” Hoffman told Sourcing Journal.

For companies keen on closing the loop on their apparel production, one of the biggest issues has been finding what to do with the inventory, a challenge Hoffman said she faced, too.

“We’re hoping that this pilot can jumpstart what we’re trying to do on a large level moving forward,” Hoffman said. “If this works for us, this kind of system, then that will be one of the ways that we’ll be able to create full circularity in what we’re doing. It’s a big deal for us.”

Looking ahead, Davis said plans are in place to eventually add the renewed product to the Mara Hoffman website, as the brand continues its “long-term commitment to longevity.”