Tamara Davydova always wanted to start her own fashion brand—it was just a matter of when. After more than two decades in the industry, holding design stints with Michael Kors, Yigal Azrouel and Monique Lhuillier, she said the limiting factor was not the lack of expertise, “but the why.”

“I did want to express my aesthetic and my vision, but it kind of seemed meaningless in the sea of stuff that’s already out there,” Davydova said.

Then recently, looking to educate herself about the latest developments in sustainability, she enrolled in the Fashion Institute of Technology’s Sustainable Design Entrepreneurs program. It was there she first learned about circularity. “That was it for me,” Davydova said. From then on, she was “completely hooked.”

The New York City designer finally launched her first brand Minimalist in February. The less-is-more label debuted with a line of locally manufactured jumpsuits, tees and pants, each designed to last “years and years” before eventually being recycled.

A background in minimalism

Davydova’s roots in minimalism run deep. Having come of age in the Ukrainian capital city of Kyiv in the late ‘80s and early ‘90s, Davydova said she didn’t grow up with a lot of stuff. This background was reinforced when she moved to New York to attend Parsons School of Design in the mid-90s.

“It was the height of [the] minimalist fashion wave,” Davydova said. “It was Calvin Klein and Helmut Lang and that’s really what shaped my design aesthetic.”

Primark Brings Vintage to the Masses

Decades later, Davydova sees a new need for simple, versatile clothing. After wearing sweatpants for so long, the designer believes people are not going to want to surrender that comfort. At the same time, though, she anticipates a desire for “chic and more polished” looks that can be worn on Zoom calls for now, but also work for going out after the pandemic. 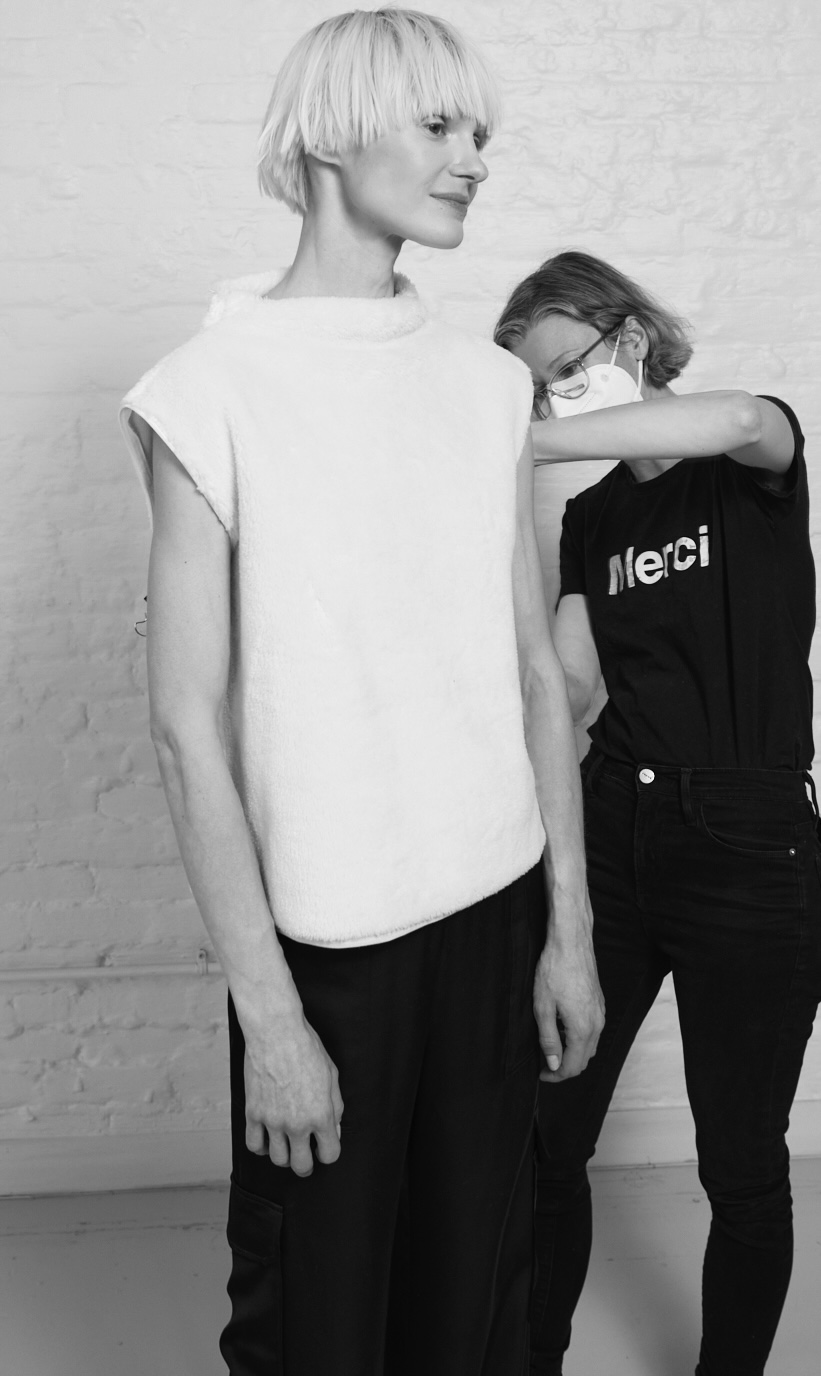 Minimalism complements another force that gained influence in fashion even before Covid-19—sustainability. The two movements, Davydova said, go “hand-in-hand.”

Though Minimalist doesn’t run the reverse logistics schemes larger brands have introduced in recent years to incentivize consumers to return used clothes—it is an “ultimate goal” for Davydova—every item has been designed for recyclability. As part of this objective, the designer thoroughly researches each material she would eventually use.

According to Davydova, every component—or ingredient, as she likes to say—is certified and circular. Consumers can easily find the list of materials used, along with their respective certifications, on Minimalist’s website.

Davydova’s dedication to embedding sustainability into “every single component” extended well beyond the fabrics she used. The designer said she spent months researching before picking out a biodegradable garment bag that consumers can compost in their backyards. Upon realizing how most stickers cannot be recycled, she found a company in Colorado, EcoEnclose, to source special, zero-waste stickers. She even went out of her way to create high-quality care labels to make her clothes easier to recycle.

“It seems like such a little thing, but if my goal is to be truly circular, I did not want to pollute my garments with that cheap, polyester printed label,” Davydova said. “I actually had mine printed on organic cotton in Canada and they cost—I don’t even want to say. In comparison, it was [an] incredibly high expense, but, for me, it was really important that every single component was thoroughly researched, certified and circular.” 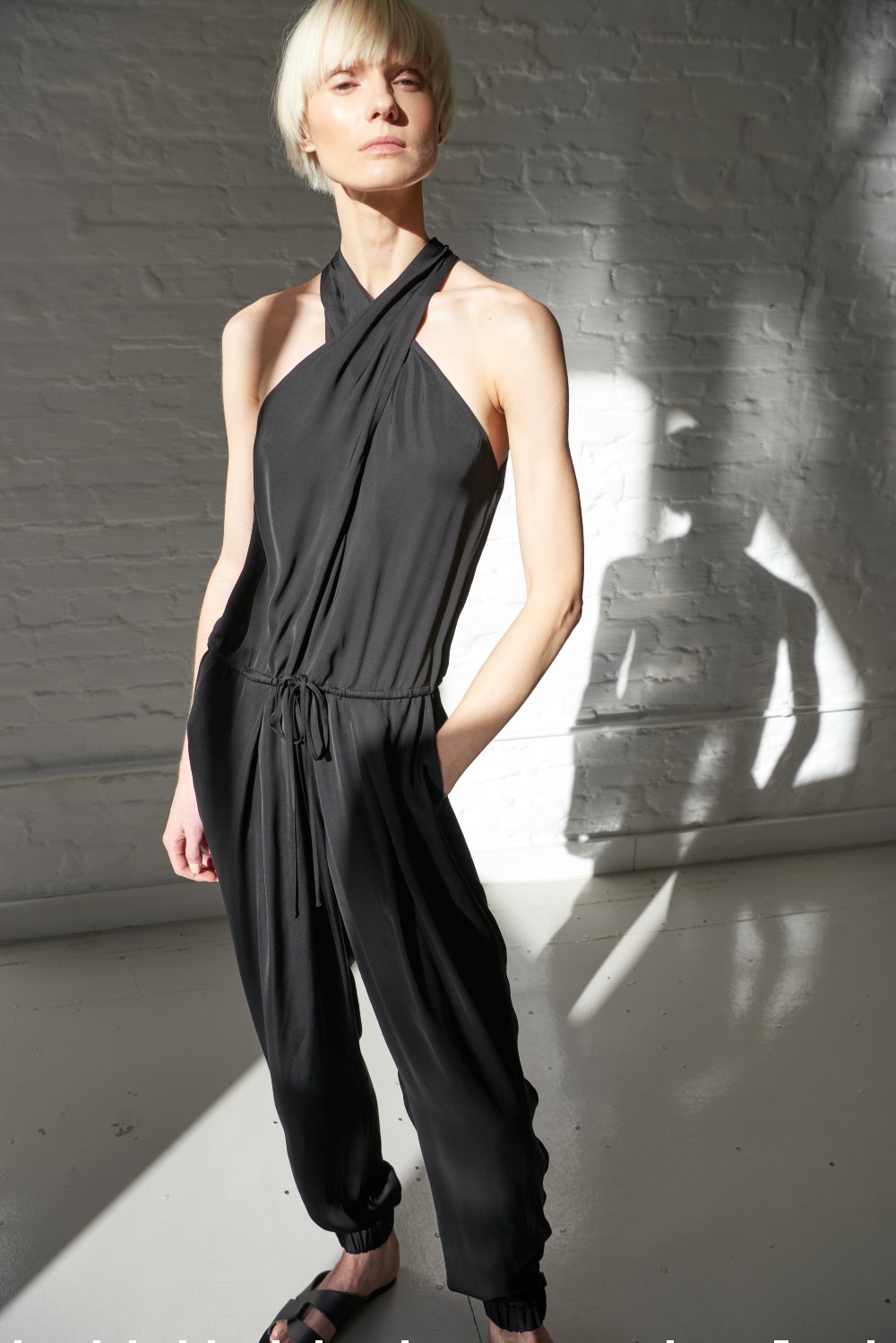 Minimalist launched in mid-February with 10 pieces. Six different styles of jumpsuits make up the core of the selection. Available in Portuguese viscose satin, Italian velour and Japanese organic denim, the jumpsuits are finished with sporty drawstring waists and exposed zippers. The collection also includes a satin pant, two shoulder-padded tees and an organic cotton pullover with removable sleeves.

Davydova said she plans to produce two “buy now, wear now” collections per year. As the next line would arrive in the fall, she said she hopes to expand into sustainable knitwear, and possibly even outerwear. The goal, however, would be to keep the collection as season-less as possible, she noted.

Though Minimalist is still in the early days now, Davydova said she’d love to introduce a peer-to-peer resale service directly on her direct-to-consumer site at some point.

“Because I’m producing these high-quality garments that will retain their value for years to come, the goal is to keep them in circulation long, out of the landfill, via a resale model, and then, eventually, when it is time to recycle the garment, then it will be recyclable,” Davydova said.