Not only are the world’s biggest brands “dragging their feet” on reducing their reliance on virgin plastics such as polyester, acrylic and nylon, according to a study by the Changing Markets Foundation, but they’re also misleading consumers with nebulous claims and a lack of transparency about the amount and source of petrochemical-based synthetics in their collections. Microplastics, too, remain a “blind spot,” the London-based think tank noted in “Synthetics Anonymous,” which it published Wednesday.

This was the case even with so-called “ethical” brands that rated highly in grassroots group Fashion Revolution’s latest Transparency Index. Of the 46 brands the Changing Markets Foundation—along with Clean Clothes Campaign, Ethical Consumer, Fashion Revolution, No Plastic in My Sea, Plastic Soup Foundation, Stand.earth, WeMove Europe and Zero Waste Alliance Ukraine—reached out to with a questionnaire, eight companies—Gap, Gildan, Nike, Patagonia, Target, The North Face, Timberland and Walmart—failed to respond.

But even companies that engaged fell short of the planet-friendly image many seek to project, the Changing Markets Foundation said. While three-quarters (34 out of 46) of the brands provided some degree of transparency about their use of synthetics, either by percentage or weight, this was not always broken down fiber by fiber. No company made a clear commitment to phase out the use of synthetic fibers from their collections, and only six brands—Dressmann, Esprit, Hugo Boss, Puma, Reformation and United Colors of Benetton—expressed a desire to avoid or reduce synthetics to a certain extent.

Topshop, Topman Get a Branding Reboot

Most sportswear brands, including Adidas, Asics and Reebok, said that their collections were largely based on synthetics and indicated no plans to change this. Only Puma reported that synthetics made up “just” half of its total fabric use and that it’s working to reduce the proportion of polyester. Some companies, such as Asos, said the amount of synthetics they’ve used had increased.

“The reality is that there is no silver bullet to this challenge, and a wholesale switch from synthetic to natural fibers can create other impacts—for example, water use or land degradation—so it’s important we work together as an industry to get this right,” a spokesperson for Asos, which reported a 16-percent increase since 2019 in its use of synthetic fibers—a result of its growing business rather than a conscious shift to using them, it said—told Sourcing Journal. “As a Textiles 2030 signatory, we’re committed to collaborating with industry colleagues to find and develop system-wide solutions to build a more sustainable product mix and tackle the use of virgin synthetics.” 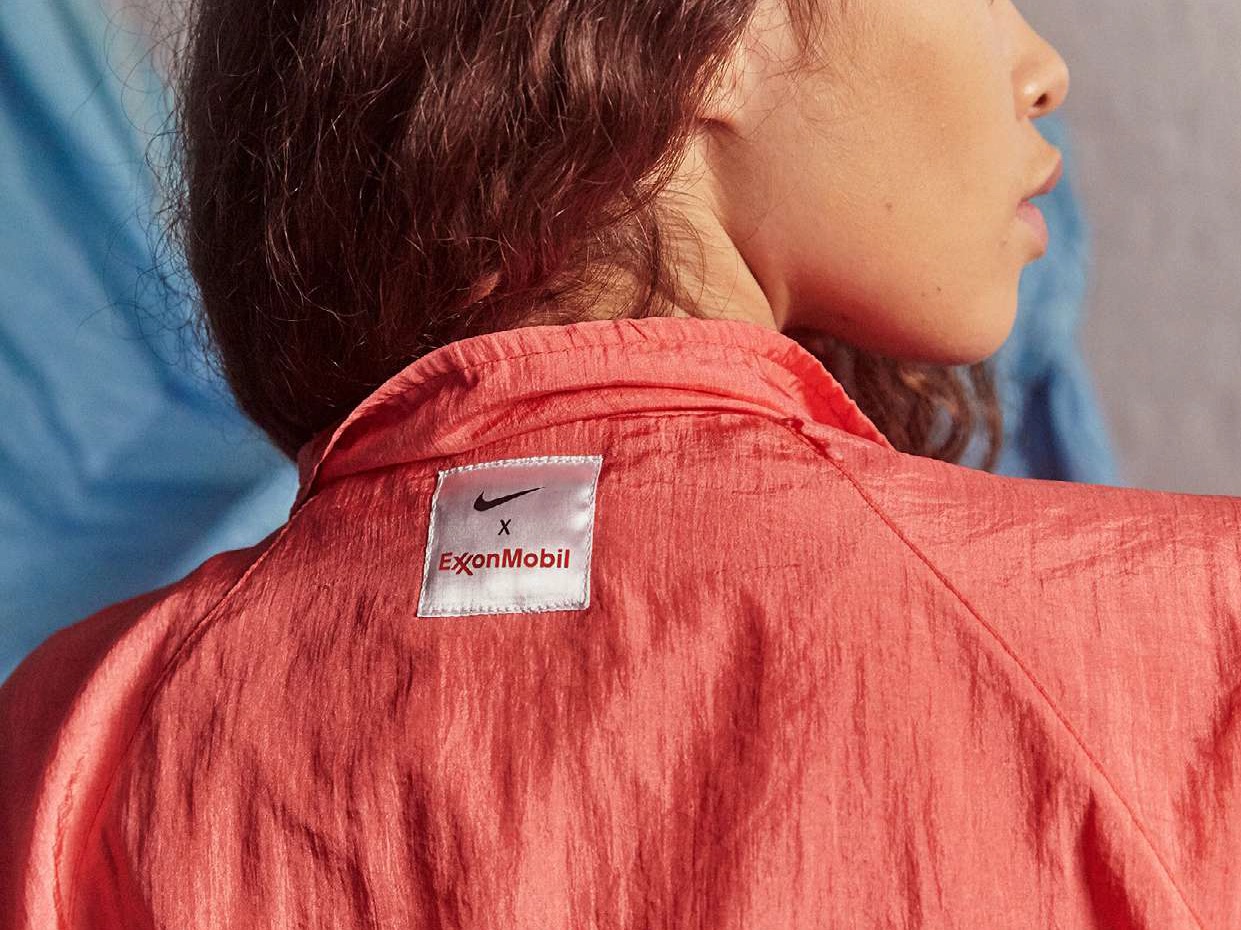 Not one brand emerged as a “frontrunner” for its use of synthetics or commitment to weed them out. Balenciaga, Bottega Veneta, Esprit, G-Star Raw, Hugo Boss, Kering, Reformation, Saint Laurent, Levi Strauss and United Colors of Benetton, the organization said, all “could do better,” while Asos, Asics, Calvin Klein, C&A, H&M, Zara owner Inditex, Marks & Spencer, Next, Puma, PVH Corp. and Tommy Hilfiger were “trailing behind.”

Adidas, Burberry, Gap, Gildan, Lululemon, Nike, Patagonia, Primark, Target, Timberland, Uniqlo, VF Corp. and Walmart fared the worst, falling into the “red zone.” Most of them did not respond to a request for comment.

“Patagonia is in business to save our home planet and a huge part of that is measuring and reducing the impact of our products,” Matt Dwyer, vice president of product and innovation, told Sourcing Journal, noting that all of its apparel products will be made from 100 percent recycled, reclaimed or renewable resources by 2025. “We are prioritizing preferred materials, working with our supply chain partners to implement energy efficiency and renewable energy projects and growing our Worn Wear repair and resale business. We are very transparent in these efforts, which are clearly stated on our website.”

Adidas said that sustainability has been an “integral” part of the company’s business model for the past two decades and that it is increasing its use of sustainable materials in all areas of its product range, including replacing all virgin polyester with 100 percent recycled polyester.

“Already today, six out of 10 Adidas articles are made with sustainable materials,” a spokesperson told Sourcing Journal. “By 2025, nine out of 10 Adidas articles will feature a sustainable technology, material, design or manufacturing method. As part of our commitment to transparency we disclose the names and addresses of our suppliers publicly.”

The problem of “fossil fashion” is a ubiquitous one that plagues high street and luxury brands alike, the Changing Markets Foundation said. Synthetic fibers, which are produced and sold cheaply, make up more than two-thirds (69 percent) of all materials used in textiles today, according to petrochemical analytics firm Tecnon OrbiChem. By 2030, they will comprise more than 75 percent, further drawing out the fashion industry’s dependence on continued fossil-fuel extraction amid a climate crisis. Polyester, the organization added, is derived from fracked gas. Coupled with forthcoming investments to produce it using coal, the industry is moving in the “exact opposite direction from where it should be heading.”

Indeed, some “sustainable” or “responsible” assortments incorporate an equal or greater percentage of synthetics than their main-collection counterparts, the organization found. H&M’s Conscious Collection, for instance, contained 72 percent synthetics versus 61 percent in its standard lineup. Of the items marked as “sustainable” by Zalando, which declined to comment for this story, 68 percent contained synthetics, compared with 75 percent in its main assortment. The European e-tailer also used a higher amount of polyester per garment in its sustainable range than its primary collection, the think tank said, which described the decision as “highly incongruous with the green label applied to the collection.”

Brands are falling back on “greenwashing” tactics—such as downcycling plastic bottles into clothing, which experts say don’t address the plastic crisis at its source—rather than pivoting to “truly” circular solutions that create more durable, reusable, repairable and recyclable products, the Changing Markets Foundation said.

They might be flouting legislation as well. Of the 39 percent of products accompanied by a sustainability claim, for example, a “shocking” 59 percent thumbed at the U.K. Competition and Markets Authority’s new guidelines on green claims in some fashion, the organization said. Gucci and Zara made the fewest claims in contravention of the guidance, while 96 percent of H&M’s, 89 percent of Asos’s and 88 percent of Marks & Spencer’s infringed on them to a certain degree. (Marks & Spencer did not respond to a request for comment.)

“Many brands still make misleading claims about how they are making their products more ‘recyclable,’ despite having neither a takeback scheme nor fiber-to-fiber recycling technology in place,” the Changing Markets Foundation wrote. “Greenwashing was rampant across the targets the brands disclosed to us, including claims of using ‘sustainable,’ ‘preferred,’ ‘sustainably sourced’ or ‘sustainably made’ materials, the criteria for which were often ill-defined.” 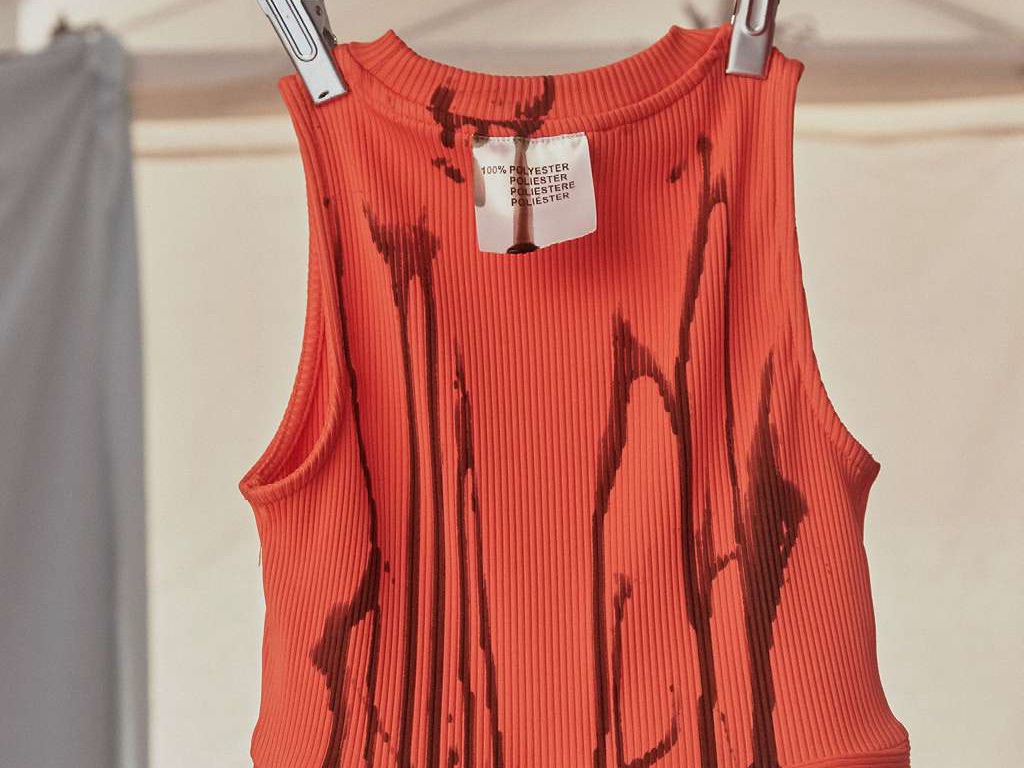 Recycled polyester made from downcycled plastic bottles, in particular, is a “false solution” and a “one-way street” to the landfill or incinerator because it cannot be re-recycled at scale at present, the think tank said. But there were other dubious assertions, such as “monomaterial” or “recyclable” clothes made from inseparable blended synthetics and “responsible” or “sustainable” garments that provided no details to back up those pronouncements.

H&M defended its use of recycled polyester, citing the Fashion Industry Charter for Climate Action’s contention that it has “great potential” to be a fiber with less environmental impact than virgin fossil-based polyester.

“Having said that, we agree with the report that recycled polyester from single-use plastic bottles shouldn’t be the long-term solution for the industry,” a spokesperson told Sourcing Journal, pointing to the retailer’s investments in recycling technologies such as Renewcell and Worn Again.

“The report raises important challenges for the whole industry, including the use of  fossil-fuel-based fibers for fashion products and the importance of credible sustainability claims, two areas in which we have been proactively working for many years,” a spokesperson for H&M told Sourcing Journal. “However, we don’t  recognize ourselves in the way we are depicted in regards to misleading claims. We base all our product sustainability claims on third-party certification schemes for our materials to ensure sustainable sourcing and integrity.”

Even so, better laws—preferably ones with teeth—are needed, the Changing Markets Foundation said. Case in point? Brands are tackling the mounting issue of microplastics—which can slough off in vast quantities from both virgin and recycled synthetics—by “largely delay[ing]–distract[ing]–derail[ing]” rather than acknowledging their roles in perpetuating the problem.

“Our report clearly demonstrates that the fashion industry’s addiction to synthetics is glaring—and will inevitably worsen, as no brand has made a clear commitment to changing course,” it said. “Instead of addressing the root of the problem—curtailing plastic-fiber overproduction at source‚ fashion companies continue to rely on delaying and distraction tactics, including greenwashing their questionable products to consumers.”

Still, there was at least one brand that said it appreciated the think tank’s efforts to keep brands honest.

“Since day one, Reformation has avoided sourcing virgin synthetics, a.k.a fossil-fuel fabrics, and been very conservative about the use of recycled synthetics due to the risk of microplastic pollution,” Kathleen Talbot, chief sustainability officer and vice president of operations at Reformation, told Sourcing Journal. “We’re the first to say that our swimwear isn’t sustainable enough for exactly that reason. We believe the future of fashion is renewable, circular and climate positive. As an industry, we still have a ways to go to realize that vision, and appreciate Changing Markets’ calls to keep us all accountable to progress and pushing for better.”