A fire ripped through a Portland apparel factory in Oregon, in what officials branded a case of arson early Monday, causing extensive damage to the decade-old facility, authorities said.

Arriving firefighters, who received the first reports of the blaze around 3:30 a.m., saw flames shooting from the second story of Portland Garment Factory as they made their way inside to battle the conflagration, Liz Thompson, a spokesperson for Portland Fire & Rescue, told the Oregonian. They pulled back once they saw signs that the roof was becoming unstable, fighting the fire from the exterior of the building before it started to cave in. Surveillance video, officials said, showed a person starting a fire at a nearby dumpster.

“Please help us identify this arson suspect from a fire set early this morning near SE Stark and 79th Ave,” Portland Fire & Rescue wrote on Twitter on Tuesday alongside a clip of the footage. “If you or someone you know has any information about this person or any other information that would be helpful to investigators, please call 503-823-INFO (4636).”

Some 70 firefighters battled to contain the inferno at its peak before quenching the flames by 7 a.m. No one was injured, Fox 12 Oregon reported, though a nearby apartment building was evacuated as a safety precaution. While Portland has been the site of nightly, occasionally violent protests, no connection has been made between demonstrators and the blaze.

In a statement on Instagram, Portland Garment Factory, a zero-waste manufacturer that has worked with the likes of Adidas, Levi Strauss & Co., New Balance and Nike, wrote that its “beloved factory and hub of creativity was completely destroyed.” While the company is “completely devastated,” Portland Garment Factory said, it’s not giving up. Nevertheless, the fire is a severe blow to the firm, which pivoted to making face masks after half of its orders were canceled or put on hold at the start of the pandemic.

“I don’t want to be a mask maker for the rest of my life,” founder and owner Britt Howard told Sourcing Journal last year. “I want to go back to running my regular business and I want everything to be normal again. But until then I’m just going to do what’s the most helpful for the community.” 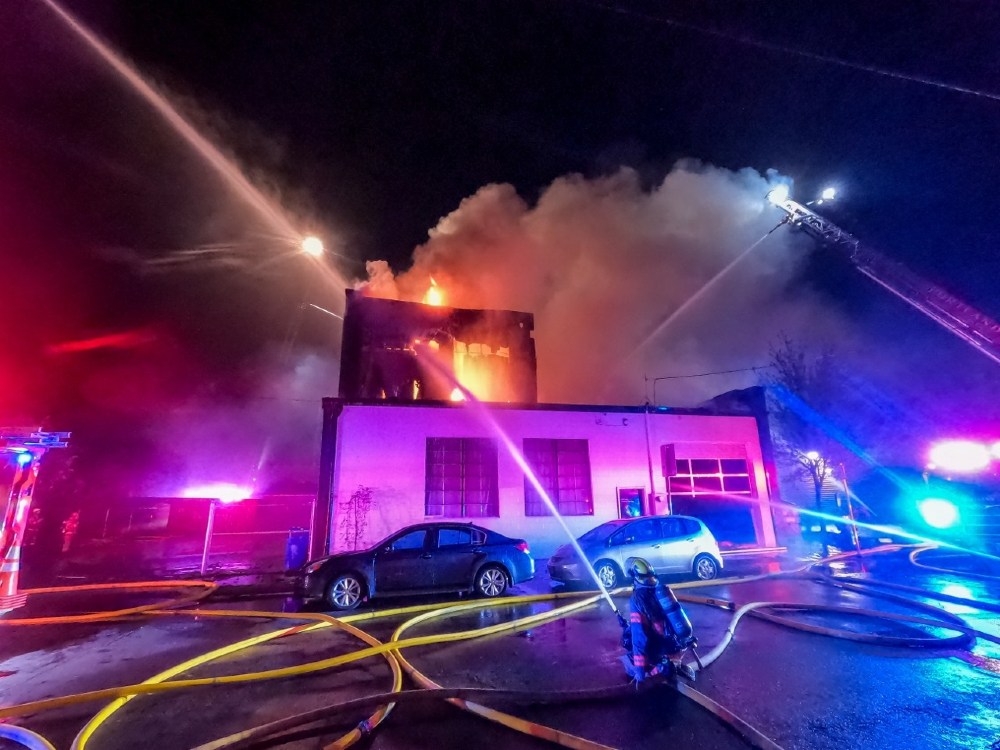 Friends of the factory have set up a GoFundMe fundraiser that has raised more than $50,000 of its $60,000 goal by Tuesday afternoon.

“Please stay tuned for our next chapter,” wrote Portland Garment Factory, whose website is currently unavailable. “Thank you to everyone who has supported us throughout the years. We are thinking of you today. We’ll keep everyone updated as we move forward as we can. Thank you again for all your love and kindness.”